Another Breath - The God Complex 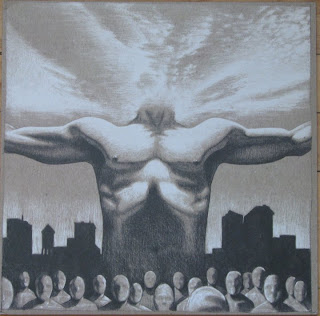 Four months in the making with plenty of problems along the way, the new Another Breath album is finally out on vinyl. I can safely say it was worth the wait.

I have been a big fan of Another Breath and have been so since I first heard them on the "Locked and Loaded 3" sampler way back. Their first album "Not Now, Not Ever" was absolutely awesome and I have loyally followed them since.

When Panic Records first announced back in November they would be releasing their new album I was stoked and of course ordered the full meal deal package.
The first 100 preorders would get a special press on black with a screened cover. 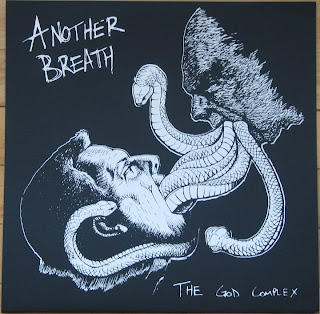 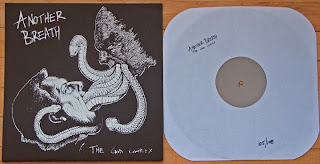 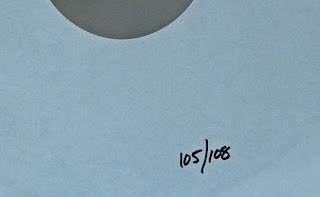 The regular press of the album is on the small side. Panic ended up with just over 500 total pressed. I can't see them hanging around in their webstore for too long. 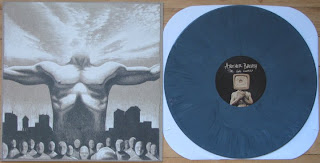 The artwork is also on the awesome side. Really beautifully done package. 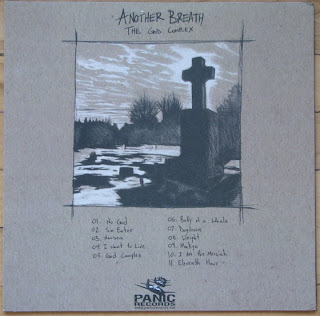 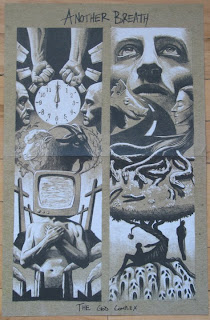 As you may or may not know the record was delayed in December when the vinyl they got back from the pressing plant was all mixed down to mono. I actually thought that was pretty cool, but the band and label had other ideas and ordered a new pressing, delaying the release a couple of months.
Fortunately, they offered the reject press to anyone who pre-ordered the album for $13. Hell I love the Rolling Stones and Beatles in mono, why not this? 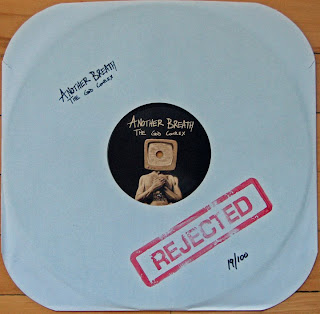 There were a total of 100 sold of the reject press. I jumped quick. 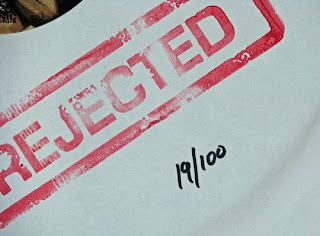 I know a lot of people slept on this band early on, I just hope they get their due now. This really is a great record.
Posted by Doug W at 6:43 PM