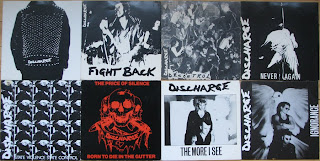 I have to admit, I think I miss the old days of hardcore and punk before all the sub-genres and categorization took hold. These days there are so many well defined sub-genres of punk, I just can't keep track. The pigeon holing of bands into tidy groups is criminally unfair as people can easily dismiss bands without ever hearing them - just because of what they are categorized as.

Well, before I had even heard of crust punk, anarcho punk or D-beat, I loved Discharge. I couldn't describe them. They sounded nothing like the other bands I listened to - and I didn't care. In fact, they sounded like everything I liked all rolled into one very simple package. Thrash, grind, punk, death metal, hardcore and without question, English punk. They made it work, whatever it was.
The first thing I ever bought from Discharge was the Clay Punk Singles Collection cd. I highly recommend it for anyone checking out the band. It covers the best of their early 80's era before too many line up changes and a weird rockin' metal direction took over their sound.
Of course since it was a compilation of their singles, I just had to have the originals. I am painfully predictable.
Realities of War 7" Clay #1. The first release on Clay Records. 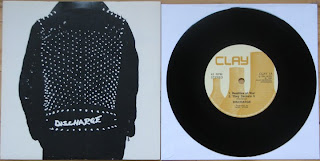 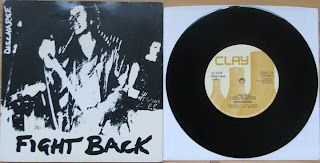 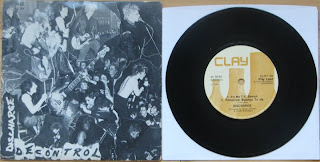 Never Again 7" Clay #6. Not to be confused with the compilation lp of the same name and cover art. Weird they would do that. Also, the end of the classic beige Clay labels. 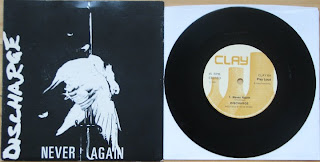 State Violence, State Control 7" Clay #14. The move to the black labels with the standard logo used from then on. This is also the last record with Bones on guitar. He went on to form Broken Bones with his brother. Cool band, but a real loss for Discharge. 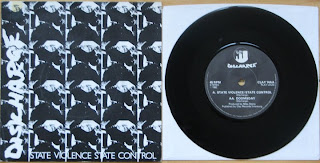 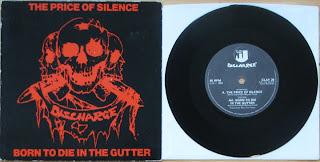 The More I See 7" Clay #34. This was also released as a 12" with an extended version. The B side is probably their most famous song, "Protest and Survive" thanks those those knobs in Anthrax who covered it in 1991. 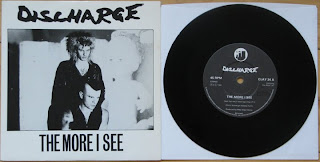 Ignorance 7" Clay#43. The boys are starting to look like they are in Depeche Mode. Starting to sound like it too. (Not really.) This was end of the line for me. 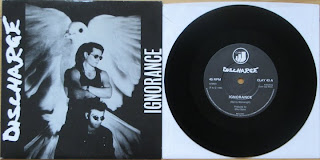 Discharge also had a couple early 12"s such as "Why?" and "Warning" as well that are worth picking up. 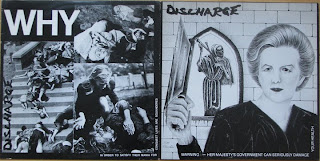 Of course their album "Hear Nothing, See Nothing, Say Nothing" is one of the best 80's punk albums of all time, so there's that too... 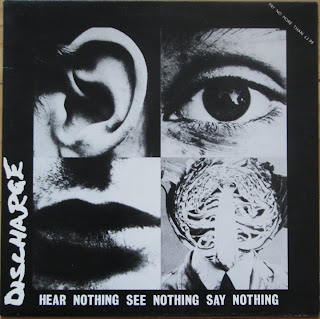 The cool thing was I was able to track all these down easily and quite cheaply through GEMM. Yeah, I know - GEMM! There are so many UK dealers in that network, I was able to pick these up all in one shot from a couple online stores in England. It makes me wonder if there were Discharge records in the windows of record stores in London back in the 80's while we had Michael Jackson and Duran Duran displays in the music section at Sears.
Posted by Doug W at 9:12 AM