Charred Walls Of The Damned 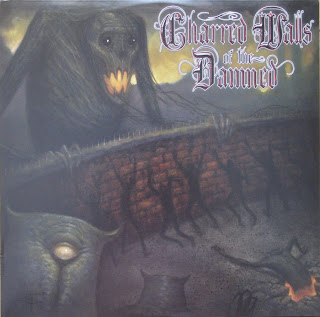 I fully realize that this record is outside the normal scope of this blog. It's not hardcore and it sure as hell isn't punk. What it is, is pure heavy metal. I can't call it Death, Black, Grind, Power or Thrash. It's just METAL.
To tell you the truth the only reason I am posting this, or bought the record in the first place, is because of Richard Christy.
Richard Christy was the drummer for such bands as Death and Iced Earth. More important though, he is a major contributor and writer for the greatest radio show in the world - The Howard Stern Show.
Confession time.
I am a Howard Stern Superfan. I listen every Monday to Thursday for 5 hours. I listen to the Best of the Week on the weekends. I listen to the Wrap Up Show, Celebrity Superfan Roundtable, The Intern Show, Geek Time and any and all specials on Howard 101. It gets to the point now where I don't listen to music, just Howard.
When it was announced on the show that Richard had started up a new band in which he would write all the songs as well as drum. I was excited. Not because of what the music might sound like, but because Richard would be playing music again and the end result would be material for the radio show.
The result is Charred Walls of the Damned. I couldn't tell you much about it. It sounds like metal with Tim "Ripper" Owens singing. He was the guy who replaced Rob Halford in Judas Priest a few years back. For a while, it was only available on cd. Bummer.
Luckily, Metal Blade released the album on vinyl late in 2010 and I was shocked to see it in my local record store a few weeks back. Thanks Todd for ordering it!!!
Black vinyl. No idea how many were pressed. 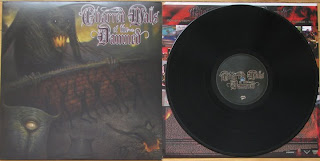 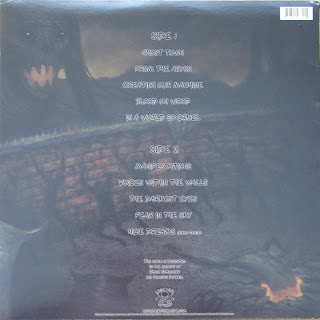 Like most metal albums it comes with a full color printed inner sleeve. 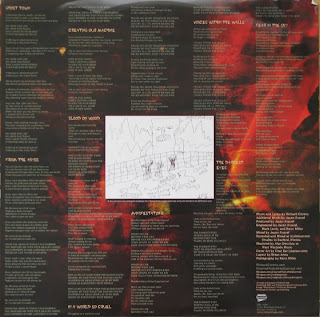 Richard Christy's thank you list is a mile long and literally names every single person associated with the Howard Stern Show, Howard TV, Howard 100 News and the Wack Pack. I never thought I would see the day Ronnie "The Limo Driver" Mund and Lisa G were thanked on a metal record! 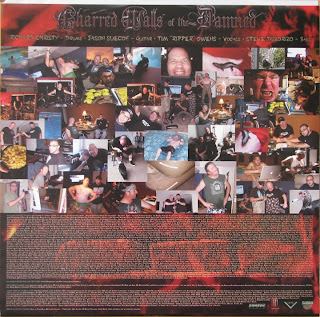 A couple months ago Howard and Baba Booey were goofing on Richard for being in a band and not selling a million copies. They figured why be in a band if you can't make serious money. Richard's response was that he does it for the love of the music and friends he has made playing. He was dismissed.
If even one person buys this record or cd as a result of this post, and even 1/100 of 1% of the money went to Richard, it would be worth it.