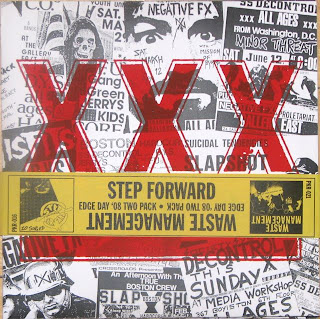 There aren't too many records left out there that really make me excited. You know, the ones that jump to the top of your want list for no rational reason other than you WANT it. Well, this just happens to be one of them.
I have had this Edge Day Two Pack on my want list for years and FINALLY I was able to pick it up on ebay. When I saw it listed, I took measures I usually never take when it comes to ebay. I used a sniper program for the first time and I also entered a price that rivaled the amount people pay for a Chung King. Look, I know it wasn't going to sell for that much or that it is even worth 1/500 of the cost of a Chung King, but there was no way in hell I was going to get outbid by five cents or some shit that I would regret forever. Well, at least until the next one would pop up. In the end, I got this for a pretty decent price.

It's no real surprise to anyone who reads this blog or my posts for Vinyl Noize that I love Step Forward.  Their 10 Song ep is one of my favorite hardcore records ever and according to itunes, my most listened to record as well. So the fact there was a version out there that I didn't have plus it just happened to be in the coolest packaging ever, well it was a problem.

The set itself contains both the Step Forward and the Waste Management - Get Your Mind Right 7"s in a pseudo-gatefold sleeve. When you take the records out there is a picture of the SSD The Kids Will Have Their Say album cover. Iconic to say the least. 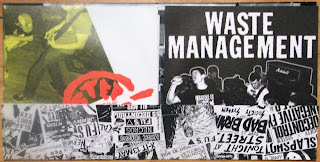 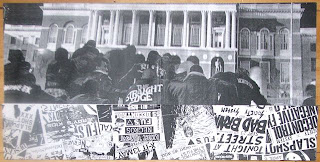 The front and back cover is a collage of gig posters of the biggest and best Boston straight edge bands. The Japanese style OBI strip is a cool touch too. 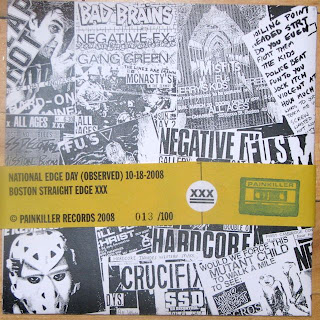 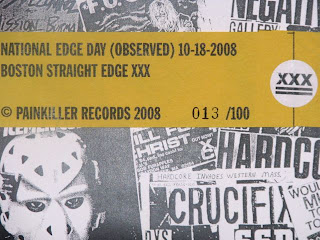 Each record was also pressed on black vinyl with blank white labels and stamped with the Edge Day date and band name. The b side labels are Painkiller ones. I lost whatever natural light I had left so I couldn't take those pictures. I swear, it's like 30 Days Of Night up here in Canada right now. 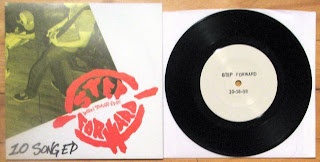 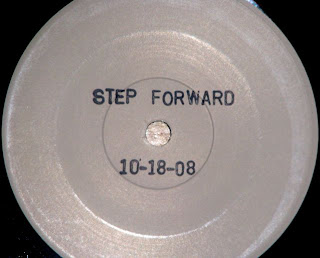 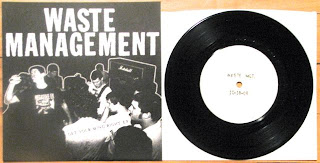 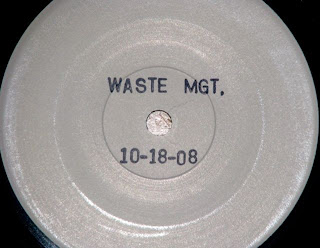 It feels good to finally have this in my collection. Now the only thing left is a cherry on top. Anyone have a Step Forward "Loud and Clear: This Is Boston" record release they want to get rid of? No?
Posted by Doug W at 6:30 PM