Mental - And You Know This 7" record release 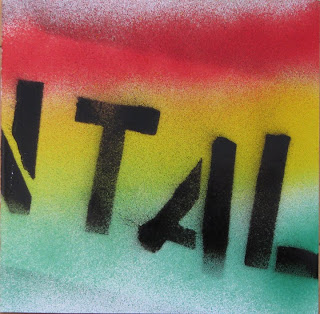 I finally had a couple records trickle in this week and I was very excited to finally have this in my hands.

Mental - And You Know This on clear vinyl with the home made record release cover.

This was the first release on Lockin' Out Records which has become damn near legendary as far as hardcore labels go.

The vinyl is from the first press of 300 on clear. 100 were used for the record release.
The labels were hand numbered in silver ink. 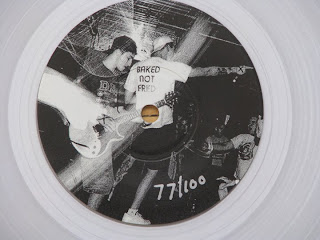 The inside of the cover is dated for the show. Hard to believe how fast the years are ripping by! 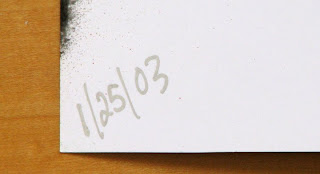 Foldout of the cover shows the band name with a red, green and yellow "reggae" motif. The cover is eight years old and it still kind of feels wet or tacky. What the hell kind of paint was used for this? 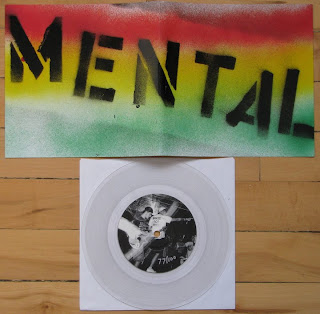 For whatever reason, I have been snaked on this record for years. It doesn't pop up that often on ebay, and when it does I have been outbid every damn time. Well, except this time. The record consistently sells in the $60 range which isn't too bad, it just doesn't show up very often.

I guess those who have it, obviously like it and hold on tight. I don't blame them.
Posted by Doug W at 10:50 AM