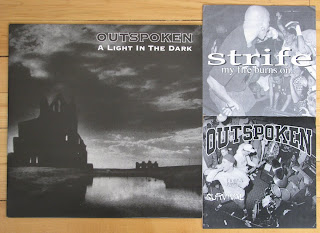 Back in October last year, Marcus posted an article on New Age Records who has repressed a few of their more popular 90's bands releases for the first time on color vinyl. He was very excited.
I read his post and proceeded to post a comment along the lines that it was a stupid, exploitative, cash grab for records that were long past their relevancy.
Then I went and ordered a couple for myself.
To be honest, I knew it was kind of a stupid move in the first place. New Age did not have the best mailorder reputation as hundreds of people had complained over the years about not getting their records going back as far as the 1990s. I figured it's two records, if they don't show up - it was my own fault for ordering them in the first place.
Well, I wasn't proven wrong. Weeks turned into months and I figured my order was a lost cause. Hell, Marcus even suggested I call Mike Hartsfield personally to find out where my order was. I just couldn't be bothered to put that much effort into it.
Then last month my best buddy ever, Al from Hardcore Shirt, sent me a facebook link with a message from New Age stating they were cleaning up their mailorder department and that if anyone had an outstanding order, you could email your paypal receipt and they would take care of it. I took 5 seconds and forwarded the email and then proceeded to forget all about it.
Well lo and behold, yesterday I received a package from New Age.
The records I was most interested in were the '77 Pressings of Strife - My Fire Burns On 7" and Outspoken - A Light In the Dark lp. I already had the Outspoken - Survival 7" I picked up from Marcus in the summer I think.
The deal with the '77 Pressings is that each release has the 1st press Walk Proud labels which was New Age #1.
Marcus also has a good theory on why 77 was the number pressed as it is the "title" on the Unbroken - Crushed On You 7" cover.
Works for me. Let's get to it!

Outspoken - A Light In The Dark lp 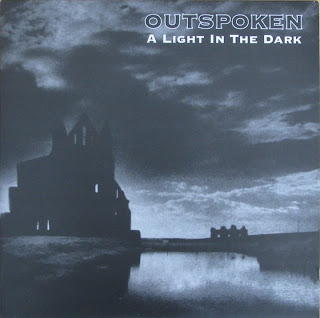 Clear with black streaks/77. This color is getting a lot of play lately. I have seen it around a bit, and it's the same as rarest color of the new Comeback Kid lp. 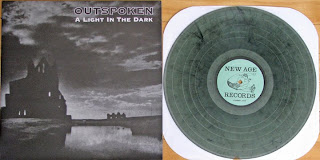 There is no distinguishing marks anywhere on the sleeve. You just go with the labels to tell the pressing.
Strife - My Fire Burns On 7" 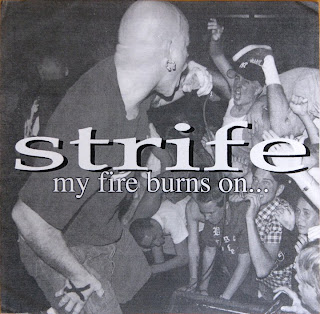 As you can see they use a unique b/w photocopied cover.
The vinyl is Pink/77 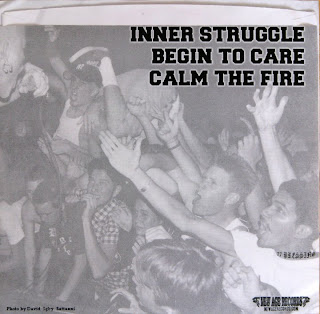 The 77 Pressing mark is on the back cover on this guy's neck. 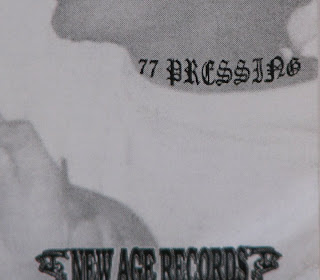 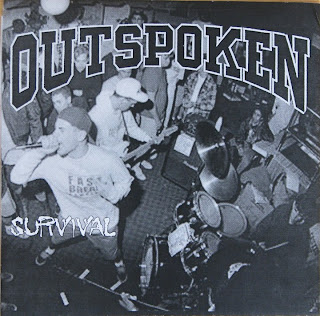 Once again we have a b/w photocopied cover for the special pressing.
Vinyl is Pink/77 as well. 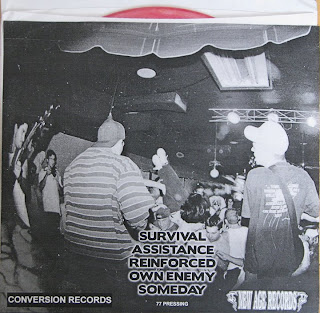 The '77 Pressing is stated on the bottom of the back cover.

Of course, the one I am missing is the best one. There is a Unbroken - Crushed On You 77 Pressing out there that I wouldn't say no to if someone gave me one. Just saying.
Go ahead and share your favorite New Age mailorder story! I know there are few out there.
Posted by Doug W at 10:45 AM