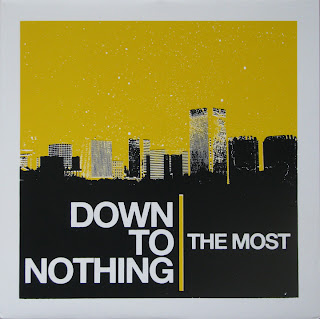 Ah, twitter. A great way to waste time reading the clever thoughts of others. 99% of the people I follow are labels, people who run labels, bands or people who are in bands. That's it. So as you can image I get a lot of ads.

Well, one ad paid off big time. A couple weeks ago, Revelation tweeted "Down To Nothing Fans" with a link to their website.
They posted there that they has a certain number of Down To Nothing - The Most vinyl in the warehouse without covers. They would be screening covers for the remaining vinyl and throwing them up in their webstore. If you wanted one, head over to RevHq and order.

I don't know what it says about me that I was on twitter when the message went up. Either I am a pretty lucky guy or just really need a social life. In the end - rare vinyl! 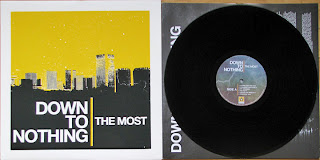 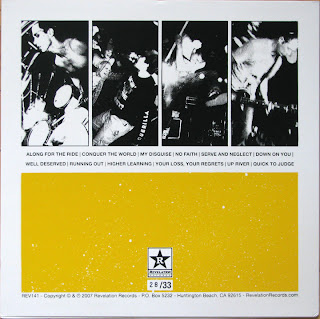 The screened covers turned out great. Some of best I have ever seen. Really, really well done.

There were a total of 33 records done for this version. No wonder this was gone so fast. 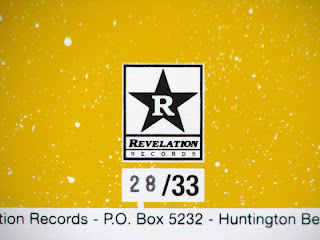 The first 13 of the 33 used the 2nd press purple and orange split vinyl. The remaining 20 copies used the 3rd press black vinyl. 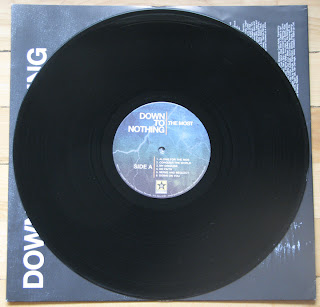 This is now my 5th copy of the record. I kind of forgot how good it is. A lot of people prefer their s/t 7" but this is my favorite release of DTN. I'm pretty charged up to have this.