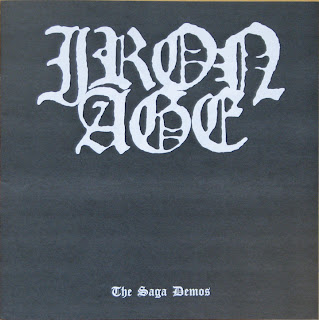 I wish I could get a better handle on Iron Age. I really do. No other band in the last 10 years has had me scratching my head more about changes in sound, look, and direction than Iron Age.
You thought Bold and Uniform Choice made some direction changes? Whoa baby, check out the "new" Iron Age!
To be honest, I guess this move to metal has been coming for some time. When I saw them at Sound and Fury in 2007, I thought they were a stand out alongside Bitter End with their brand of slower paced almost groove type hardcore. Over the years you could see more metal creeping into their sound, from their 7"s "Burden of Empire" and "The Way Is Narrow", leading up to their last full length, "The Sleeping Eye". Metal influence in hardcore is nothing new. At all.
However, nothing could have prepared me for this. The Saga Demos.
The only thing I can equate it with is dropping the needle on The Cro-Mags and King Diamond comes out the speakers. It is jarring! Alternating Black metal/Death metal screeching vocals, high pitched screams, solos everywhere, 8 minute long songs, the works.
When my buddy Al forwarded me the songs last winter, I honestly thought it was a joke. Where the hell is "The Violator"?
The back story on this release is that essentially the band broke up before finishing their latest album. They released two completed songs on cassette through Cyclopean and also made them available online as mp3s.
BSVLV out of Canada decided along with the band to release these songs as a double flexi with a 14 page zine.
Each flexi disc holds one song each, "Riddle of the Skies" and "Join The Wind". 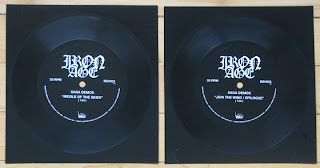 Perfect. Heavy Metal and Conan the Barbarian inspired songs! We are just missing a song or two about CROM!!!

The zine itself is pretty cool and I decided to take pictures of each page to share with you the power and majesty of The Saga Demos. 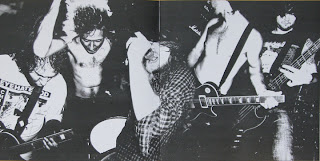 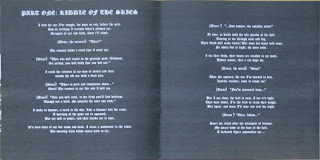 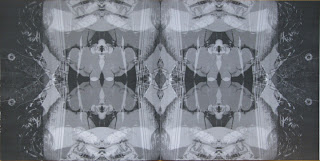 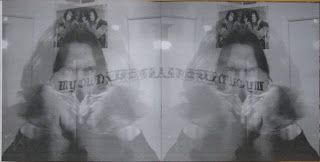 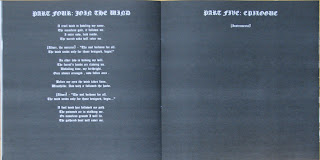 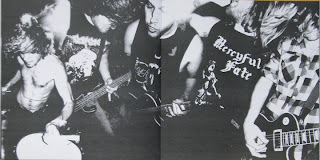 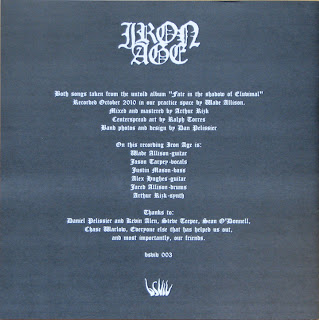 Quick, go check out the back cover of your "Constant Struggle" album and compare the pictures of the band. Wow.

For $10 and domestic shipping this was too good to pass up, even though I refuse to actually listen to flexi discs. I like my record player needle too much.
That won't stop me from downloading the songs though. Fucking A.
Posted by Doug W at 8:03 AM