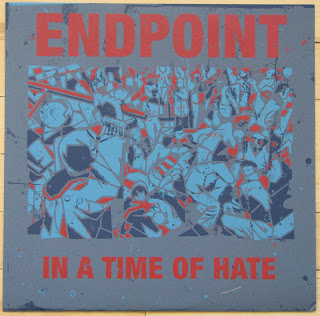 Record Store Day 2012 was not that big a deal for me. I ended up spending maybe $100, almost all of it on metal records. I decided to pass on the obvious hardcore releases this year, like the Revelation color represses, as I never really liked or owned any of the mid 90's originals by Sense Field, Into Another or Farside. I love Ignite though. Maybe I will pick that one some day.
As it turned out, the only remotely hardcore record I walked out of a store with last Saturday was the Doomriders/Sweet Cobra split of Devo covers. I am not positive that was a RSD release anyway.

One of the only Record Store Day releases that I wanted and knew for a fact would not be available locally was the Endpoint - In A Time Of Hate repress on Simba Records. So what does any self respecting collector do for an event that celebrates physically going to brick and mortar record stores to support the scene? I pre-order the record online a month in advance. 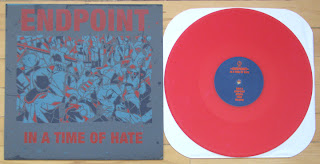 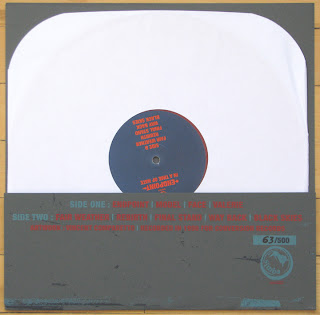 The timing wasn't too bad as the record showed up yesterday, only a few days off from RSD.
500 of these were pressed on red vinyl. Apparently the sound is cleaner and louder than the original pressing on Conversion Records. My hearing is kind of shot and it has been at least a decade since I listened to the original record anyway, so to me it sounds like I remember. 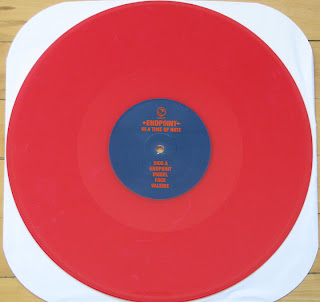 The cover is obviously different with this pressing and is printed on a very nicely screened cardboard fold over. Each are hand numbered. I got #63. Maybe the low numbers were held for pre-orders. Whatever. 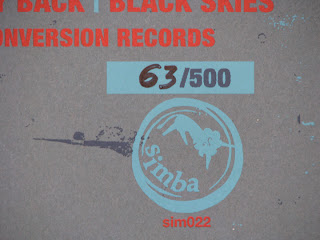 The only insert is a simple one sided lyric sheet on red paper. 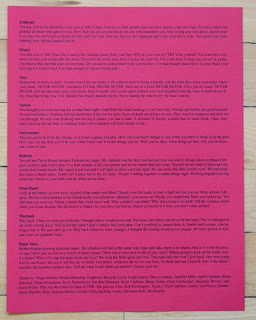 Endpoint were kind of the perfect personification of 90's hardcore. Experimental, incorporating different sounds and being influenced by indie and grunge. Hell, they were even described as emo at one point. They seemed to have a slightly different sound with every record, so to me this was their best as it was the most straight forward hardcore album they made.
I hold a special place in my heart for Endpoint just because Rob the singer sounds like John Connelly from Nuclear Assault when he goes off. That is a good thing.
Posted by Doug W at 11:34 AM