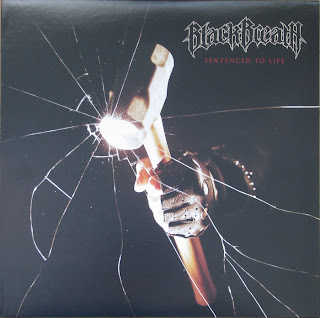 It's only April and I already have a strong candidate for album of the year. Boy oh boy, do I like Black Breath. Just unrelenting, crushing, loud metal. 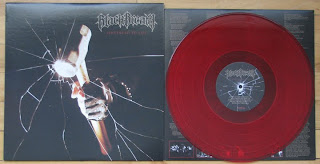 I picked this up locally and was surprised to see red vinyl. Southern Lord advertised on their webstore that it came in black and red with black splatter. I guess red is retail? I have no idea how many were pressed. I'm sure "lots" is an acceptable answer. 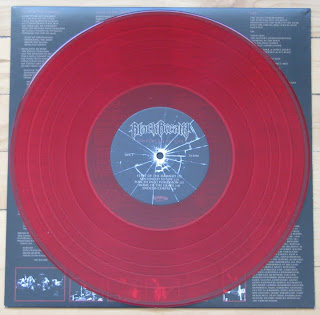 Southern Lord has been doing this retro "tip-on" style of cover manufacturing from Stoughton Printing that screams "style" and "expensive". You can see the foldover seam with the angle I took the picture at. To print it in this style the entire back cover art is actually a sticker! It ends up a very durable, strong cover. No chance of split seams. I have seen some other newer albums with this style cover. I think I have an Earth lp like it. Whatever. I am way out of my element. 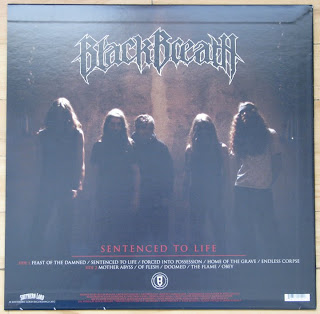 Printed inner sleeves aren't my favorite, but this is a good one because it is as thick as a regular outer sleeve. 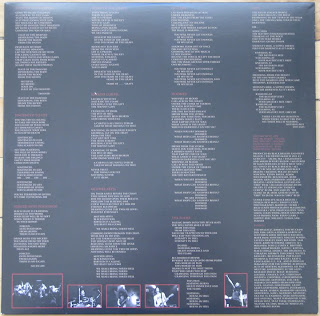