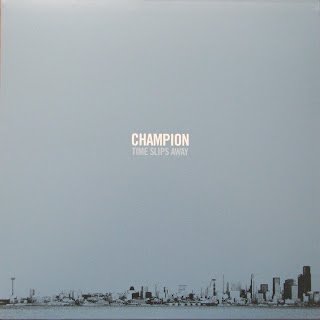 At the same time as the recent Promises Kept reissue, Bridge Nine also finally decided to release the Time Slips Away compilation. Now of course there is nothing really new or unreleased you would need off this album, it is simply a vinyl version of the cd compilation of Champion's two 7"s.

This is a great way for people new to the scene to get the songs from Come Out Swinging and Count Our Numbers, since both of the original 7"s (B9 and Platinum) are out of press. For myself, if it's from Champion and there is vinyl available - I'm getting it. I never bought the cd when it was released however many years ago, so it is nice to have the large layout and artwork available now.

Bridge Nine doesn't have any pressing numbers up in their discography yet, but since clear vinyl was part of the package deal with the 24" x 36" poster and Promises Kept on green, I will assume it is the most rare. 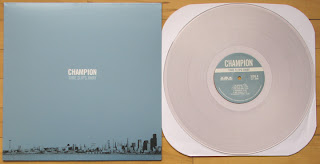 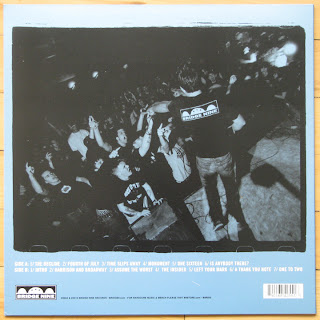 The next color is white. I think it looks really good with the color and style of the labels. 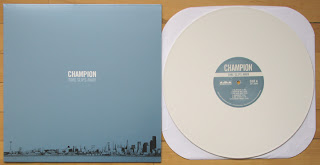 Finally we have blue. This is probably the most common color out there as it is appearing in different distros and stores. Personally, I think it is the best looking color of the three. I really dig how they matched the color of the vinyl with the cover. 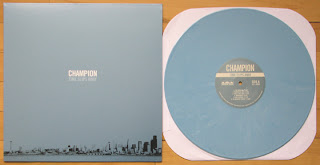 Surprisingly, this album didn't come in a gatefold sleeve as most of the recent reissues from Bridge Nine have. Instead, we get a glossy two sided insert with lyrics and credits. 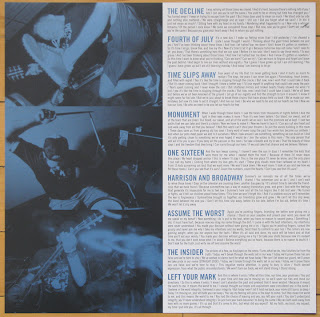 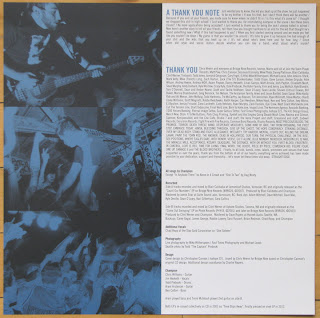 Musically, you couldn't ask for a better record. These songs were among the very best straight edge hardcore songs of the 2000's, if ever. All three colors are still available at the Bridge Nine webstore as well as the package deal. I still don't know how that is possible. Maybe everyone already has the 7"s.
Posted by Doug W at 12:21 PM