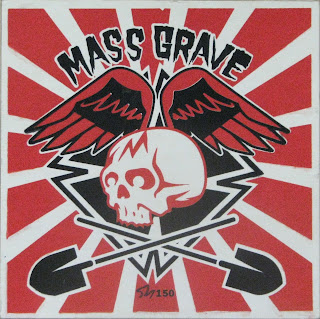 Funny thing. It has been so long since I posted, I forgot my blogger password. Complete blank. It took some effort to try to track it down and more than once I considered just throwing in the towel. It was a good run. I have a lot of good records.
In the end I recovered it and all is well. The lesson - buy more fucking records on ebay so I can post more often. I wouldn't forget stuff like this.

So the first thing I buy off ebay in literally months is this sweet Malfunction Records Mass Grave box set. I have had this on my want list for years. It never shows up on ebay. Either that or my saved search was crappy.
The minute this popped up on ebay, I knew I had to get it. Everything was going along swimmingly until motherfucking Marcus Fucking Andrews goes and posts the auction for the set on Vinyl Noize! This was a day after he asked me to not post a test he was going after!!!! Well of course the price spikes and I paid double what I think it would have sold for but in the end, I have one. Hope it was worth the $0.75 in hits buddy! ;)
I hate those assholes who post on Vinyl Noize and mess with low price auctions. Oh, wait...

So this is number 52 of 150. It's a number. The box was screened by Robbie Redcheeks of Dead By 23 fame and I have to say it turned out swell. 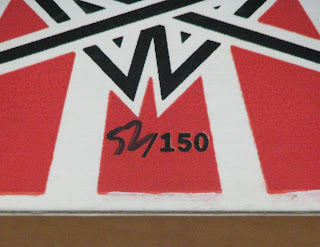 Malfunction had quite the streak of good records when you look at this Murderer's Row lineup. Anytime you can boast having Count Me Out, Worn Thin and American Nightmare on your roster, you are in the big leagues. Tru and crew did good. 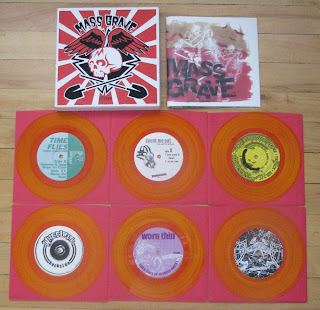 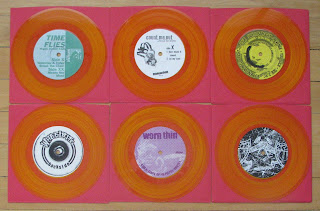 There is also a booklet that comes with the set and each band has a page. This must have come out right when American Nightmare changed their name to Give Up the Ghost. Their page mentions their "new album" coming soon which would end up being We're Down Til We're Underground. 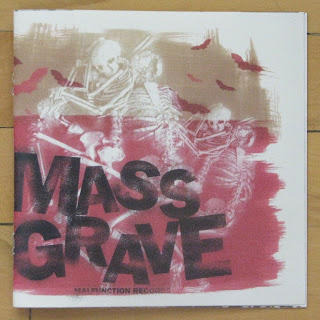 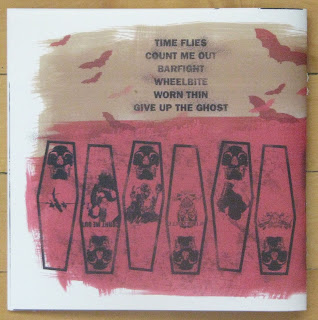 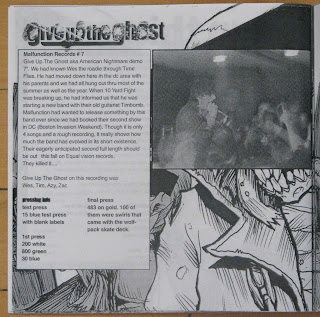 I also get a chuckle at the pressing numbers for the demo. I like that the "final" press was the gold vinyl. Of course there have been roughly 4635 pressings since, but a lot of that was through Deathwish.

I finally get to cross another major record off my want list. This thing is getting almost manageable. Too bad it might take another three months to score another one...
Posted by Doug W at 7:14 PM