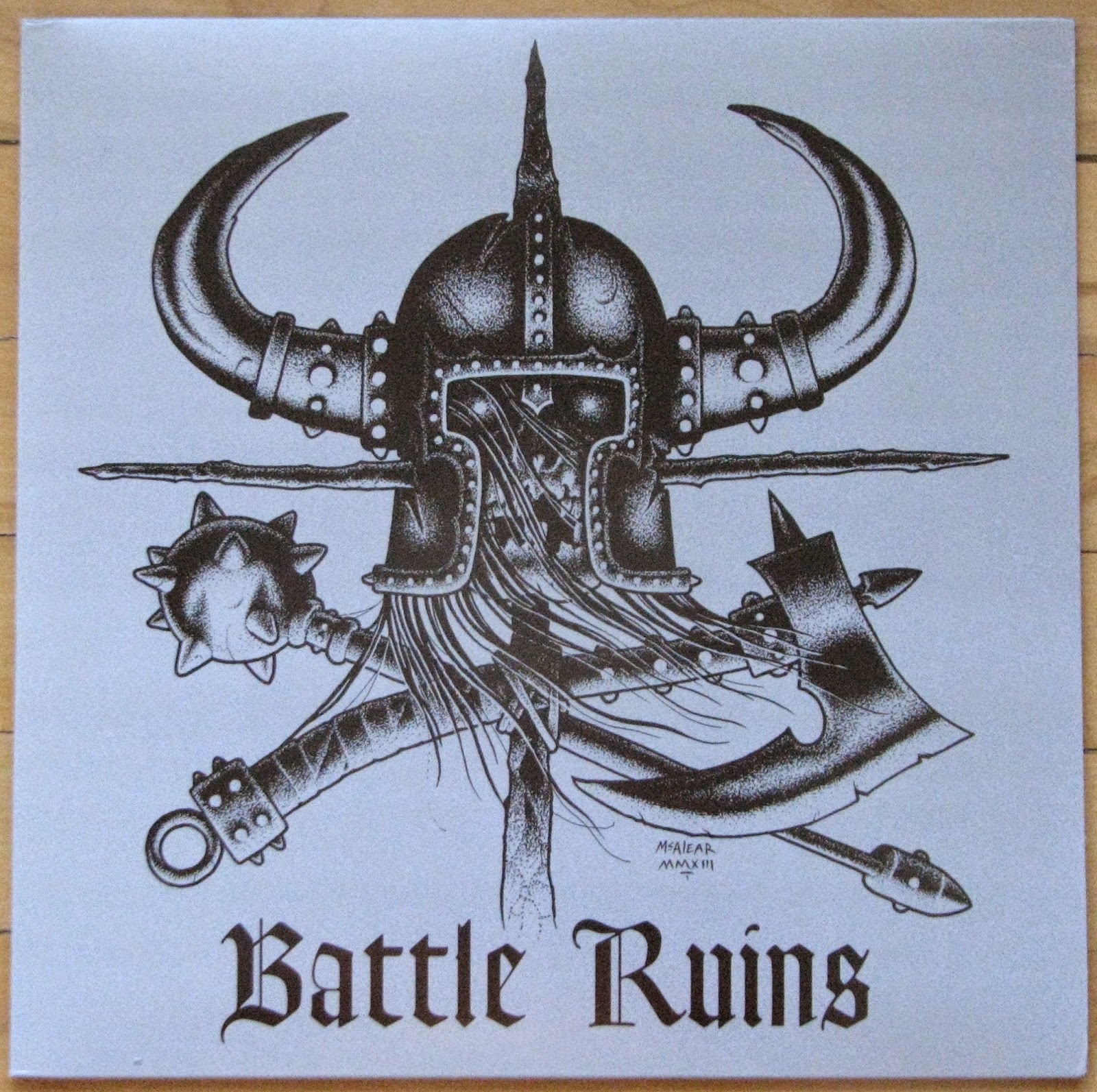 Oh hi there. Yeah, I realize it has been a few months since my last post but I can honesty say I haven't had much to write about. Hardcore hasn't exactly knocked my socks off lately and the few records I did buy were the most common version, bought locally at one of a few record stores in town. If you want to read about Bane, Praise or Have Heart - go to Endless Quest or The One Thing That Still Holds True. What am I saying? You already are.

In between the couple hundred metal albums I have picked up over the summer (original NWOBHM,  70's hard rock, black metal, death metal classics or new stuff from Rise Above and Nuclear Blast) I was able to swing a decent trade to score one of the toughest punk/hardcore/Oi albums to find in 2014. 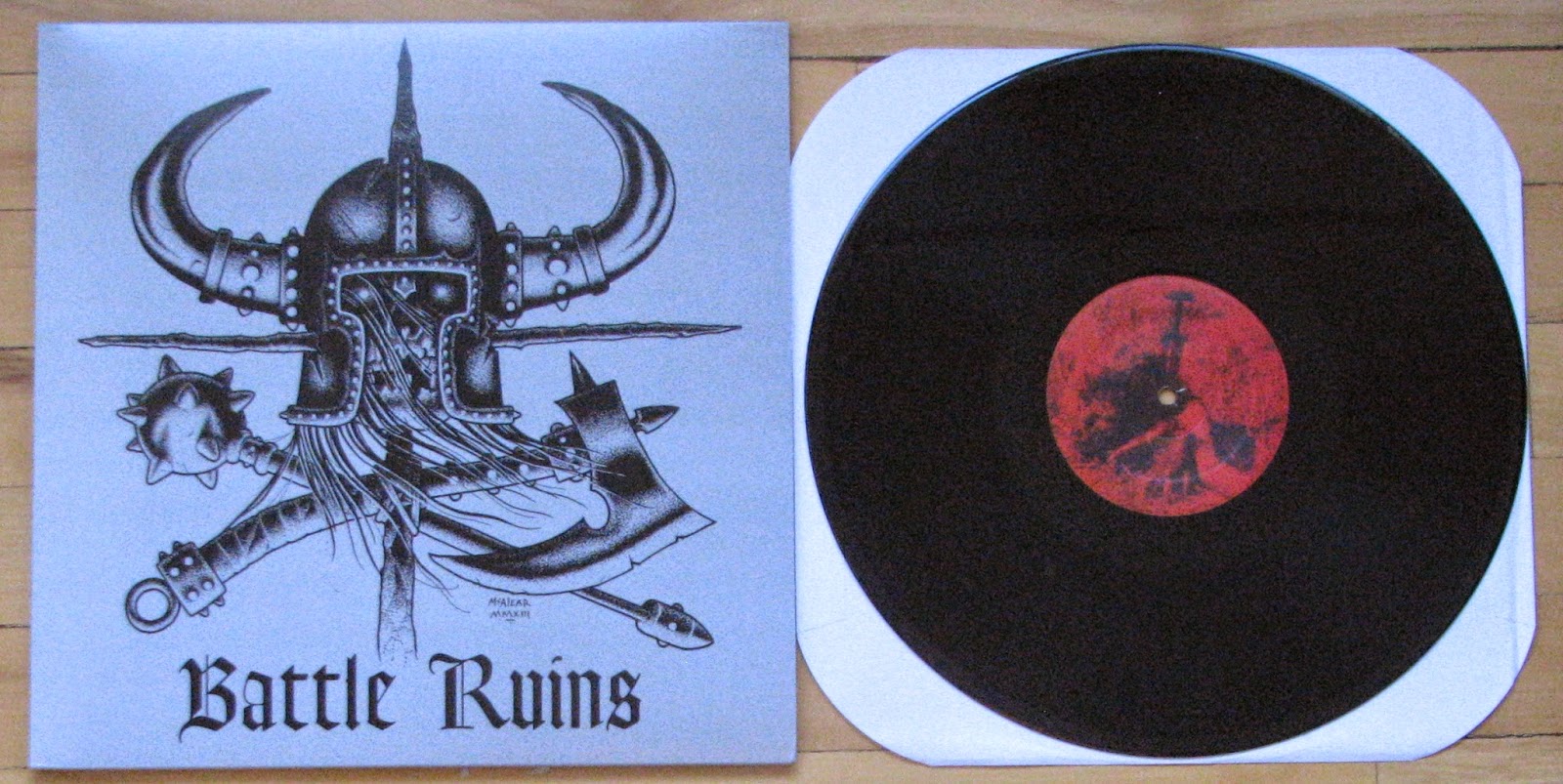 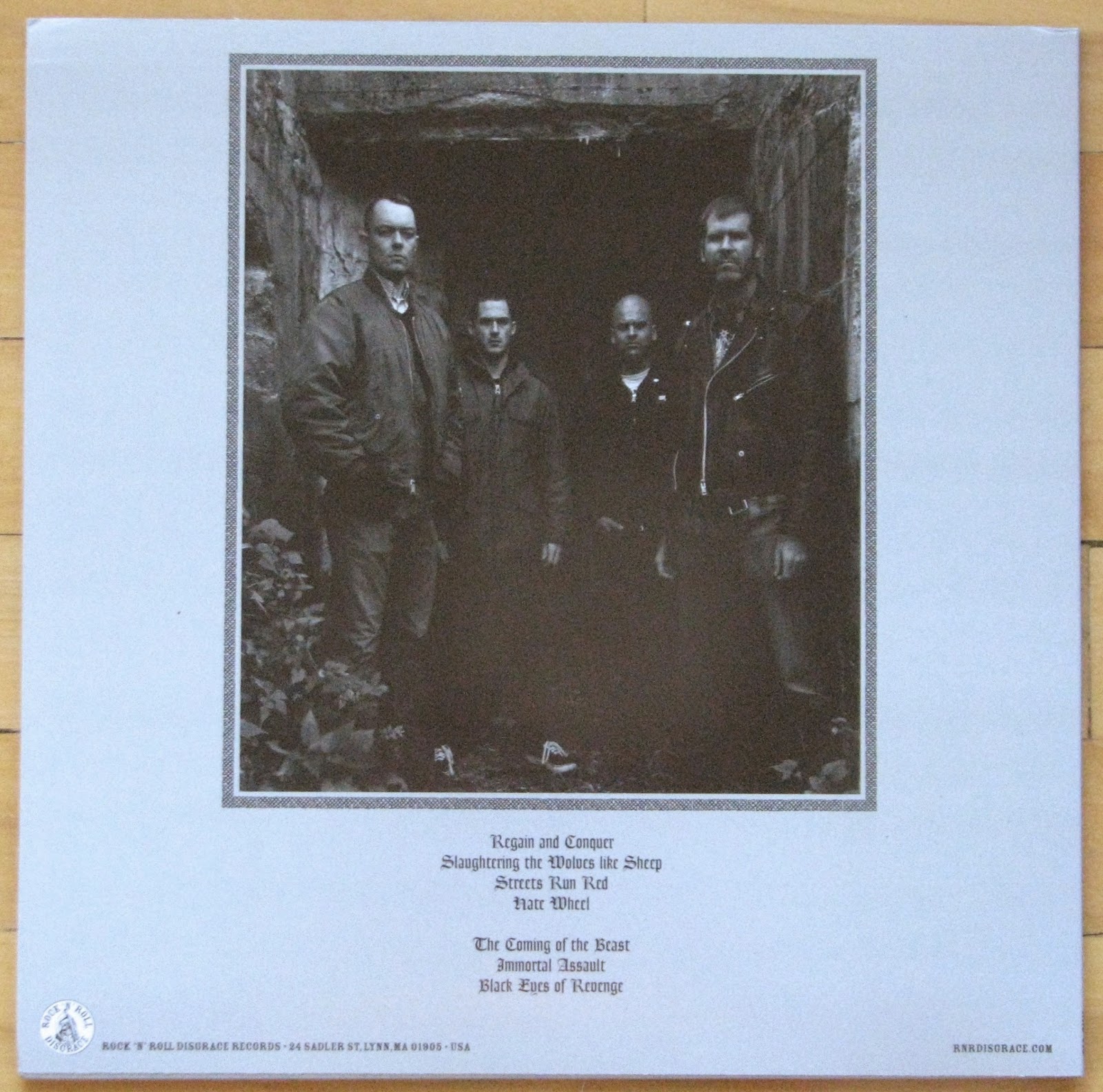 While hardcore in general for me has taken a back seat to metal the last couple of years, I can always count on the greater Boston scene to come through with decent music. To be specific, find a DFJ, CC or Brendon Radigan band and chances are it will rule.
Battle Ruins has three members of Rival Mob in it but sound nothing like them. Kind of like how Radigan sings in Magic Circle and Stone Dagger but sounds nothing like he does in Soul Swallower or back in XfilesX. I digress.

The Battle Ruins sound can be debated for hours. Street punk? American Oi? Hardcore? Dare I say punk? All of that is can be left for people who love to categorize and slot bands into sub-genres. What sets this band apart are the lyrics. This is straight up vikings, kings, Game of Thrones medieval shit! This is usually left to metal bands like Manowar or Dio. Maybe that's why I like it so much.

This album was released on Rock and Roll Disgrace and sold out fast. The clear vinyl version at this point is an urban legend and can run you a couple hundred bucks on Discogs or eBay if they ever pop up. I am more than happy with a plain black vinyl copy.

The buzz on this was very reminiscent of when the Prisoner Abuse or Boston Strangler albums came out. (Both DFJ bands. See a pattern here?) Those got a wide repress and can be had for a decent price. This isn't there yet, but luckily I didn't have to shell out any money. This trading thing is cool. I hope it can catch on with the kids. 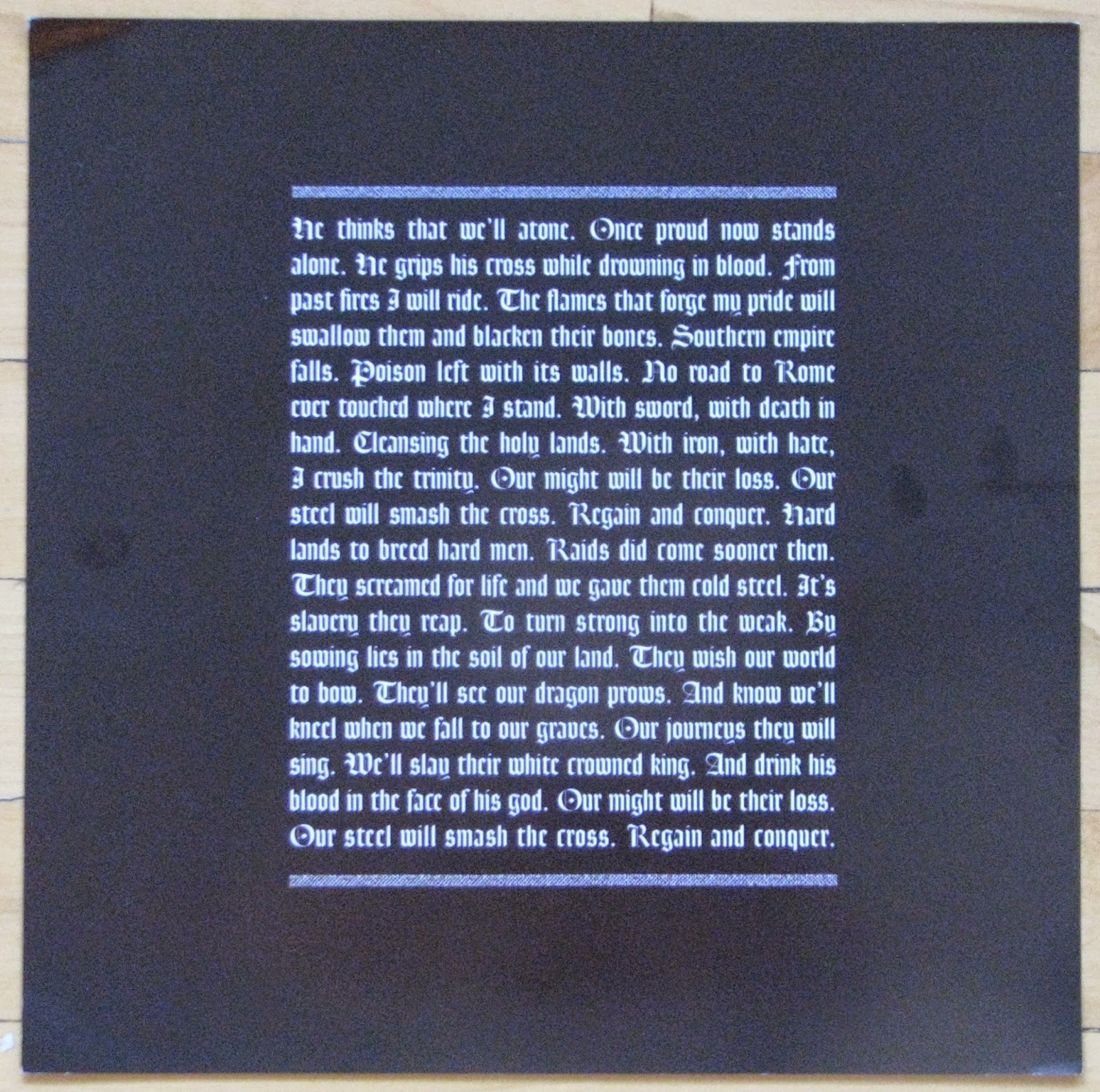 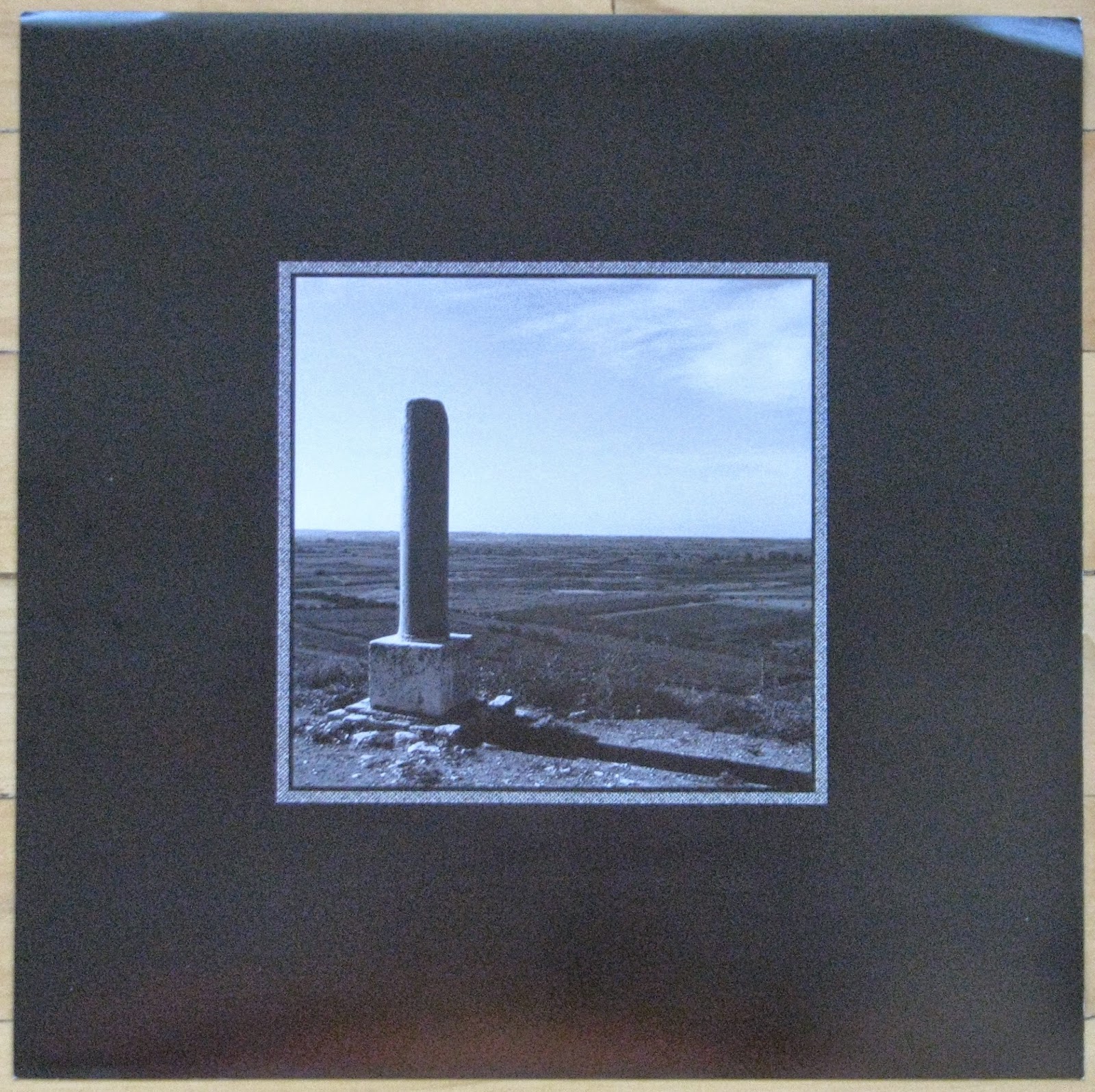