Ceremony are just too cool for school. They closed out the Sound and Fury festival last year and headlined the Saturday night the year before that. Every person in the place knew every word and I have never seen a crowd go off like that at a show before or since. Both shows are on You Tube. Check out the 2007 show. Bad ass. 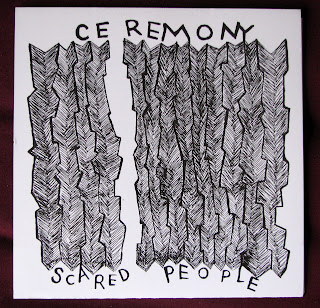 After seeing them live, they went from a band I liked to a band I was obsessed with. Living in Calgary, Canada doesn't afford me too many chances to go to record release shows, so when I heard about the "Scared People" ep record release, I knew what I saved on airfare would be offset with ebay and paypal charges! 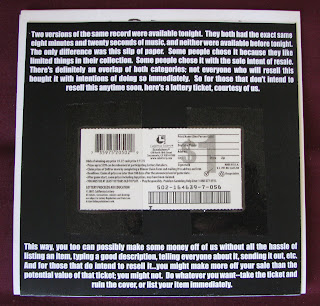 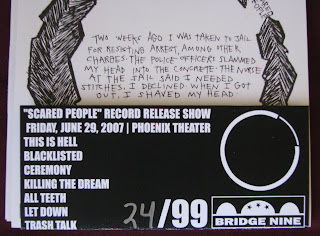 The record release cover has a lottery ticket taped to it and a message/proposition for ebay flippers.
Which is exactly how I got it.
I'm not sure how I am supposed to feel about that.
Anyways, they used the black vinyl press out of 400 for the release. 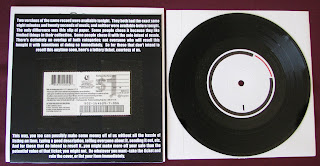 Around the same time I picked up the "friends press" of the ep on pink/green split in a private deal with Kyle Whitlow from Rivalry. At the time, this was pretty tough to come by. 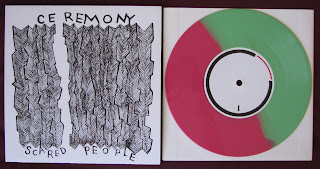 This press was limited to 100. The colors clash with the black and white cover and every subsequent vinyl pressing B9 did, but I think it is cool as hell.
Posted by Doug W at 10:06 AM