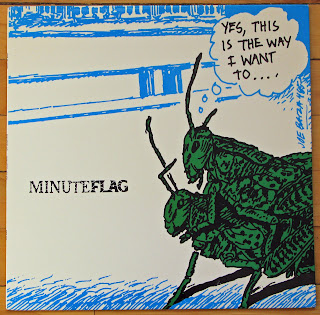 Now I consider myself fairly savvy when it comes to punk and hardcore, especially with bigger bands and labels. If I hadn't heard it personally, at least I would have heard of it.
That is why it came as a shock to me when a couple years ago, my buddy Todd told me about his quest to find the elusive Minuteflag ep.

I thought to myself "Minuteflag?". Of course I didn't let on I had no idea what he was talking about. I just nodded knowingly. The first thing I did when I got home was add Minuteflag to my ebay searches. It took almost a year for one to pop up. I got it for $8. I completely understand why.

Minuteflag was a collaboration of Black Flag and The Minutemen. Legend has it that the jam session they recorded in Mrach of 1985 would not be released until one of the two bands would break up. Well about a year later D. Boon died and Black Flag broke up. As a result, we get this. 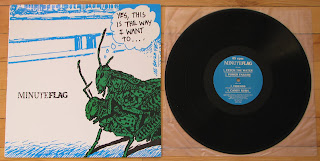 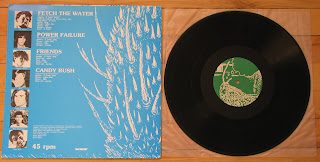 You would think a punk super group would be mind altering. Well, it is. That is if you are into avant guard, experimental jazzy freeform jams.
There is basically one real song here. The opener is the hippyish "Fetch the Water" with D. Boon singing and Henry Rollins yelping sterotypical Mexican fiesta laughs and aribas in the background. I wish I was kidding.

The rest of the record is instrumental and a bit of a cluster fuck seeing as you have two bassists, two drummers, Greg Ginn wanking as usual, D. Boon, and Mr. Garfield playing "percussion". All at the same time. 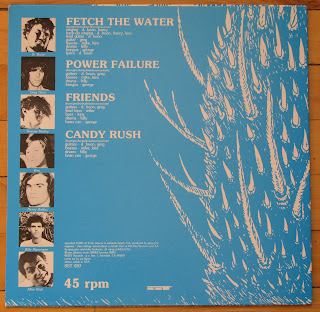 Ahhh, the hell with it. I can't explain it. I would say go ahead and pick it up to check it out yourself if you are interested, but it won't be that easy. This was released on SST (of course) but unlike almost every other SST release, was never repressed and never released on cd. There are a couple youtube posts out there to check out, but they don't sound very good.

If you are curious as to which era of Black Flag it is, always check the hair length. 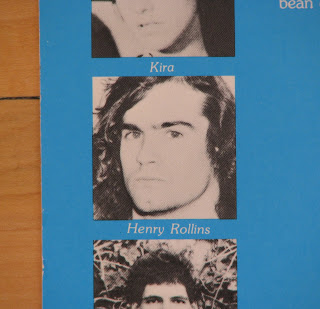