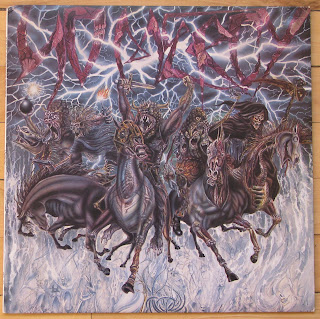 Never mind how much of a joke the whole Suicidal Tendencies/Suicidal Family/Cyco Miko/Infectious Grooves thing has turned out to be. Back in 1987, No Mercy was as serious as a heart attack. This was the album everyone in my group of friends loved and played continuously for months.
I still remember pathetically attempting to ollie up on to the curb over and over to a dub copy of this album on my "ghetto blaster". I gave up on skateboarding, the tape player bit the dust, but the tunes thankfully stayed.

No Mercy first showed up on the Welcome to Venice comp out on Suicidal Records in 1985. They definitely had that Venice sound down and fit in well with the rest of the bands on the comp including Suicidal Tendencies, Beowulf and Excel.
When Widespread Bloodshed was released a couple years later, their sound had basically changed into Suicidal Jr. The main reason, Suicidal's singer and leader Mike Muir was now singing on the record. 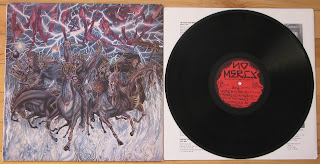 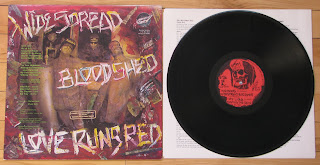 What really sets this album apart in the collector's world is the rarity. It was pressed once on lp and cassette. That's it.
The story goes that the masters and plates were either lost, mistakenly thrown out or were destroyed in a fire. Whichever way it happened, this record was never released on cd or given a remaster treatment. This is it folks. 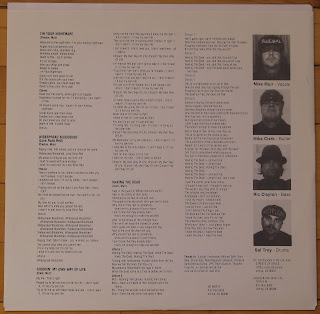 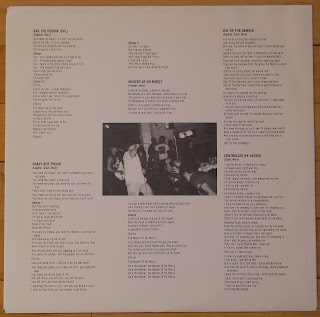 When I was tracking it down a few years ago, it was easily going for $100-$150 on ebay. It peaked at $200 a couple years ago, but you can find it now for around $60.
My copy came with a cool Suicidal Records merch order form. I only wish I could have got the first Beowulf lp for $7.50 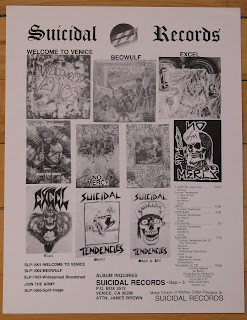 I also have a promo sheet included from Caroline who did the distribution and were involved with the "second" lp that never came. 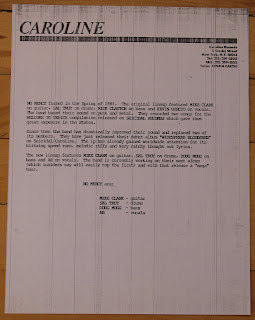 A good number of the songs were re-recorded by Suicidal Tendencies and released on their "Controlled by Hatred/Feel Like Shit...Deja Vu" ep when Mike Clark (guitarist and song writer) from No Mercy joined the band. I have to say, the re-recordings just aren't as good, especially "Choosing My Own Own Way of Life" and "Waking the Dead". They ended up so different.
Don't waste your time with the comebacks, new comp tracks or unreleased demo tracks that Suicidal is pumping out now, this album is the real deal and the best you will find from the band. I just pray Mike Muir doesn't re-record a funk version of this record. I might cry.
Posted by Doug W at 1:03 PM