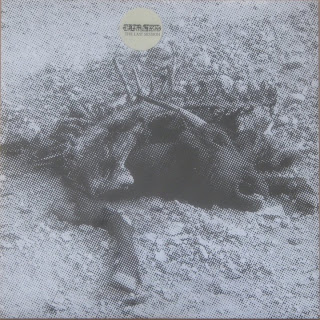 Cursed is the band that made me one of "those guys". Let me explain.
Back in 2005 my friend Todd was able to get me on the guest list to the Cursed show at a small Calgary club called the Hi-Fi Club. One of his 400 bands was playing and I wanted to go see what instrument and what flavor of music he was playing that week. (Very eclectic musician I tell you).
I had known of Cursed for a couple of years at that point and had the Cursed "I" album on Deathwish, but it wasn't until I saw them live that I was truely converted. They sounded so damn amazing in that small club setting. I was blown away.
So of course after the show, I talked with Chris and gushed profusely about the show. I bought two t-shirts, a hooded sweatshirt, and of course a copy of Cursed II on vinyl.
I kept up religiously with Cursed for the rest of their time as a band. I saw them open for Converge and convinced my friends they were the best band ever. That night, the sound in the room sucked balls. Still, I kept the faith and I bought all their available shirts. In the end, I wound up looking like a walking billboard for Cursed. See? I am that guy.
When I heard there would be a final live record a year after their disasterous European tour and subsequent breakup, I was very excited.

"The Last Session" was released as a split release between High Anxiety Records, Chris Colohan's own label, and No Idea. Listening to it, I still can't believe this is recorded "live". The recording is just awesome and for the most part the songs are changed up a little for a new take. It also includes a couple of my favorite Cursed tunes, "Into The Hive" and "Antihero Resesitator".
Where the problem is as a collector, is trying to figure out the colors of this release. This has No Idea written all over it.
The pressing info is as follows:
Black mix/100
Purple mix/250
Grey/Salmon mix/650

I ordered three copies the day it went up at the No Idea webstore. I think I got in on it pretty quick so I was hoping for all three colors. Here's what showed up in the mail:

Well, I know which one the black mix is: 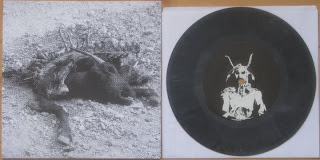 The other two I got, well that's up for debate,
Here is the purple mix for sure, 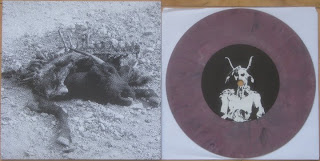 Now this one is lighter and has grey and pink in it, but compared to the purple one, there really isn't that much difference. 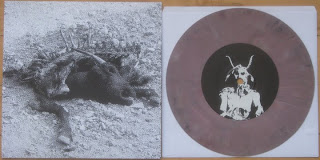 So either I have the grey/salmon one or two purples. 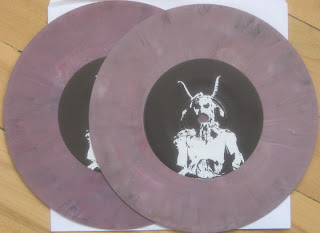 Here's my two cents worth on the deal.
Obviously the pressing numbers show a total press of 1000. 100 are on black with some grey or white mix. The other 900 are a gradual transition from purple to grey, some with more purple than others. Those obvious purple mixes were counted off as 250.
The rest are a various mix of grey/pink shades. I'm guessing no two are exactly alike. The VC messageboards are all up in arms at this as no one seems to know what color they have. 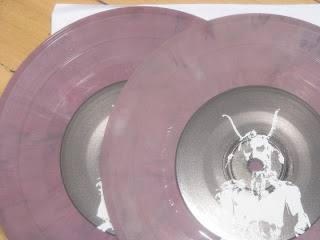 All I know is that I'm not hunting down any more grey mix colors. I'm more than happy with what I have.
Posted by Doug W at 11:58 AM