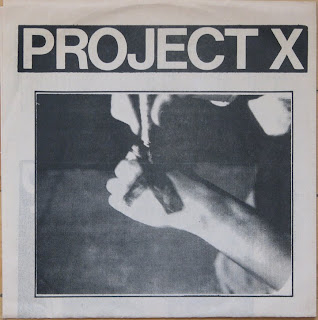 Now that I am 40 years old, it is crazy to think I have been record collecting for over 3/4 of my life. I now have over 3,200 records from all genres of music (hardcore, punk and metal mostly) . Through all of it, I really only had two rules:
1. Variations and represses are cool, but they are nothing compared to the first press. Never stop until you have the original first press.
2. Never collect bootlegs.
Abiding by these two rules got very tricky when it came to collecting really rare hardcore records from the 80's. The general rule is, if it is collectible and people are paying hundreds (if not thousands) for them, then it is probably has been bootlegged somewhere along the line.
With ebay, you are buying records sight unseen and sometimes for increasingly ridiculous amounts of money. Some sellers don't even know they are selling a bootleg and advertise as original. Some sellers even lift pictures from someone else and sell it as theirs.
It is all of these factors that have shied me away from getting some of the most prized records out there.
So I think I figured out a foolproof way to get the records I need and be assured of their authenticity - buy them from a guy who was in the band!
A couple weeks ago, I bought a few records off Sammy Seigler, drummer from such bands as Youth of Today, Judge, Side By Side and this one, Project X. 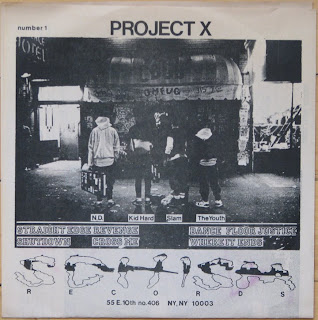 I have wanted an original Project X 7" for a very long time, but the thought of it ever actually happening in Calgary back in the 80s-90s was preposterous. My friend Todd and I used to talk about it years ago. The idea of tracking one down and buying it was something rich dudes in the US would do. Not us. No way.
As far as trade lists and boards, the Project X 7" was on everyone's want list and no one's have list. Not that I would have anything to trade with anyways. I left it as a pipe dream and moved on to the next record. There is always a next record.
Well, here we are a few years later. Finally the opportunity arose to get one of my main wants I could safely say was original, legitimate, and buy it without the fury of an auction watched by thousands.

A big smile crossed my face when I saw the hand written labels, showing the band, side and each with a unique message or statement. Mine is "We shaved Xs... In the back of our heads." 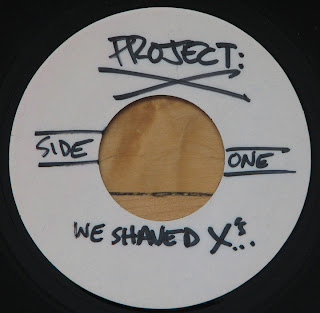 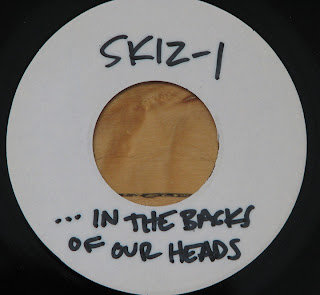 Everything is in near mint condition which is awesome considering the reputation the record has for notoriously thin vinyl and a weak paper sleeve. 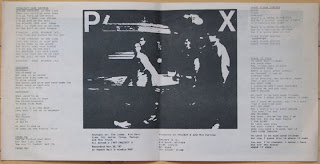 I will post my next Sammy purchase in a bit. I am very excited about knowing another rare original is in my hands from just about the most reliable source out there.
Here's a hint for my buddy Geoff: Stigma!
Posted by Doug W at 1:16 PM