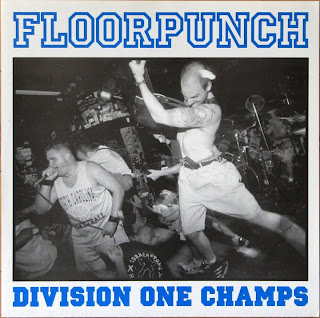 That's it. The pantheon.
The most desired straight edge hardcore records in the world. Hundreds of collectors want them. Very few have them. Hell a good chunk (10-20%) of these rare records still reside with the labels that pressed them! The silver Chain record - double or triple it.
Money alone won't let you get them all. Sometimes you just have to be lucky. 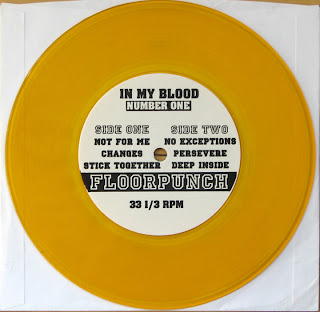 I stumbled on one of the giants on ebay last month maybe an hour after it went up. Immediately I knew I wasn't going to wait to see how the auction played out, hoping I would win.
Too many things can go wrong. Computer controlled sniping programs, out of control bidding wars with heavyweights like Marcus or Dobek (I wouldn't put it past him to want two!), or worse yet, the gods at Vinyl Noize get wind of it and the whole world finds out!
I contacted the seller immediately and asked if he would be willing to end the auction early and sell it to me directly. To my surprise, the seller was Seb D'hertoge. Those of us who have been around a while recognize Seb as one of the heavy hitters in hardcore record collecting with perhaps one of the best Revelation collections ever. He dropped out of the game a while back as his trade list has been pulled down from HYE? and he was obviously willing to sell this gem.
Seb was very agreeable to my price, and was happy to sell to another serious collector. Hell, he even said he enjoyed my blog - so I was in. Really, just a very nice person.
Like I said, it was luck I found it so fast and secured the deal. The next morning, Vinyl Noize had posted it but also reported the auction had been ended early. Seriously, that was a close call! The bids that could have poured in on this may not have allowed me to make an offer. You just never know.
Let's get to it! The legend of Div 1 Champs on gold. 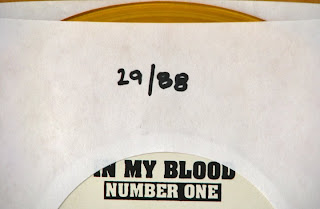 Of course pressing plants don't press 88 total on a color, so the legend was that there were 12 copies from a press of 100 on gold that were destroyed by throwing them in the Atlantic Ocean to ensure that only 88 were out there.
As it turns out, the press run was in fact out of 90 with the two unnumbered copies residing with Floorpunch singer Mark Porter. That's too bad - the legend was so much better! 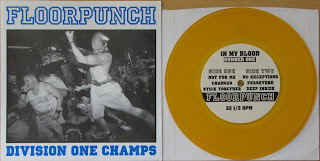 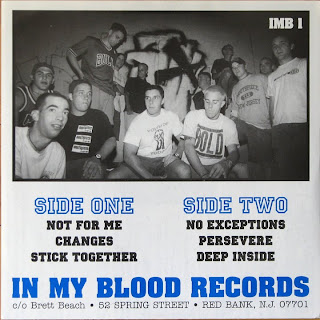 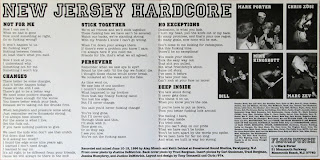 This is my 7th copy of this record. I have no intention of playing it, or even breathing on it. I will simply admire and cherish it as I try to track down the last couple versions I still need.
Yeah, I know, I'm crazy.
Posted by Doug W at 9:43 AM