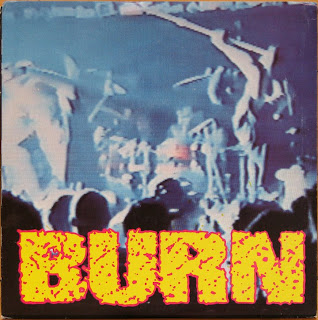 I think we can all agree there was some crazy shenanigans going on with the recent repress of the Burn 7" for Record Store Day. Message boards were on fire. Talk of a light yellow vinyl, dark yellow vinyl, off white, banana and whatever other yellow variation was out there.
Hundreds of people jockeying for multiple copies of different shades of the same color.
Some of these people were willing to pay more money than what they would have spent to get this - the original first press on pink vinyl. 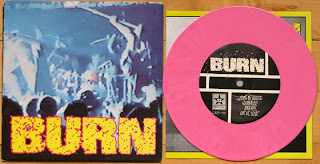 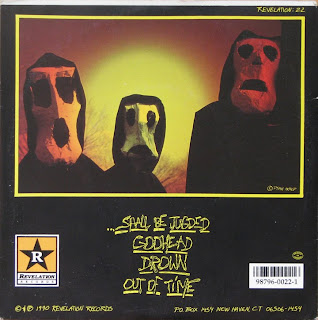 I love this record, both from a musical point of view and as a collector. There are so many cool things about this version that make it awesome.

First of all pink vinyl. 1000 pressed in total. 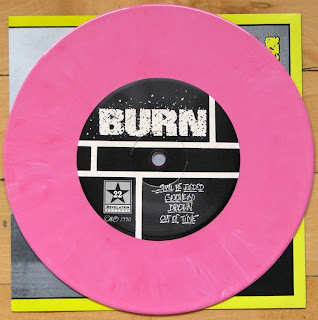 Next, the awesome original insert with yellow ink. Way better than the boring b/w one that came with later pressings. 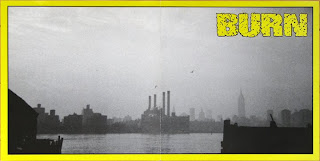 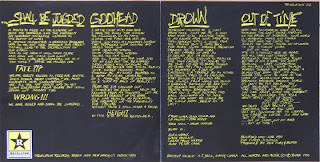 Finally, the overlooked spelling mistake on the back cover for the opening song, "...Shall Be Judged".
"...Shall Be Jugded". Oops. 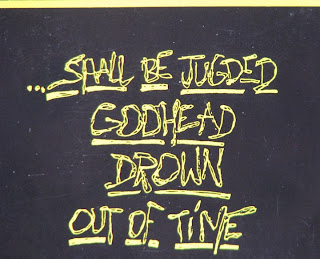 Of course, the label was spelled wrong as well. 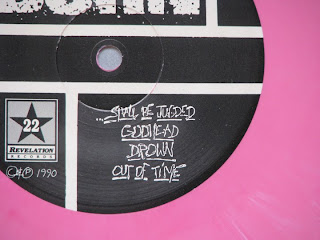 They must have pressed the vinyl all at once or had a lot of labels printed up, as the black vinyl label also has the spelling mistake.
Revelation did correct the spelling mistake on back cover though. They also kind of messed with the pictures, coloring, sizing and contrast too. Shame.

As always, my first rule of collecting still stands. First press is best!
Posted by Doug W at 9:43 AM