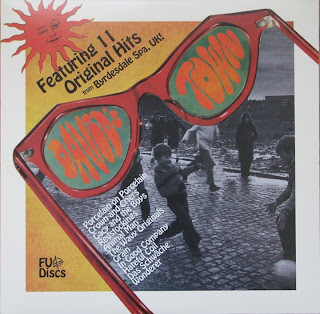 Alright, let's see if I got this right.
Fucked Up are writing a rock opera/musical for their next album called "David Comes To Life". It is named after a song from their first album, "Hidden World".
In the process of writing and recording this enormously long and epic album, they came up with the concept of creating an entire separate companion fake compliation album, complete with fake bands all coming from the same town that the David character from the rock opera comes from. Oh yeah, and all the songs are supposed to be from 1976-1979.

Ok then.
In reality, it is a Fucked Up album with guest vocalists or band members other than Damian singing. Well he sings one song. To stay true to the concept, all the songs vary in style to cover a lot of the early punk sounds of the late 70's.

Hey, does anyone remember when Fucked Up was a punk band? Police? Baiting the Public? Anyone???
Ah, that's not fair. This record is actually really good. Plus, it was the only record from this year's Record Store Day that I bought that wasn't a reissue or repress.

As far as the record and layout goes, it has the look and feel of a 70's era record. To keep up with the appearance of a compilation record, if you didn't know what you were looking for, you would probably not even recognize it as a Fucked Up album at all. 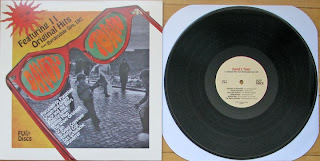 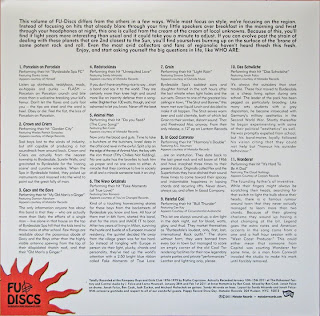 According to the Fucked Up "Looking For Gold" blog, a total of 2000 were pressed; all on black vinyl.
I guess people didn't get the memo, or the whole Record Store Day thing is still fresh in people's minds, as the price of these things on ebay is out of control right now. 2000 pressed is a lot of records. I'm sure they will show up cheaper in a couple months. 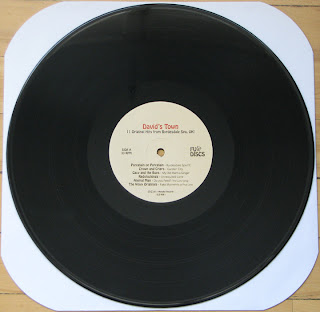