Bl'ast! - The Power Of Expression 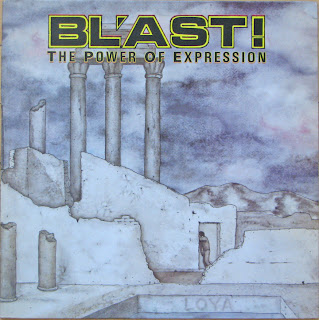 This morning I had my ipod on shuffle for my commute into work. Something that caught my attention and made me replay it a couple times was "Time to Think/Surf and Destroy" by the almighty Bl'ast!
I forgot how damn cool Bl'ast! was. A lot of people wrote them off as an early Black Flag (Damaged/My War era) rip off band. Yeah, no doubt they sound pretty much exactly like Black Flag, right down to the weird Greg Ginn fills and gruff throaty Rollins vocals, but I think it has more to do with the overall California hardcore vibe.
In the end, you can do a lot worse than sounding like Black Flag.

Their first and best album was "The Power Of Expression". The record was released back in 1986 on Wishingwell and distributed through Greenworld. 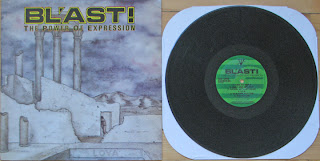 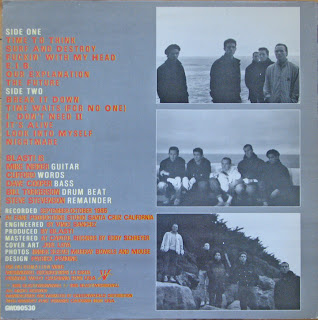 From the back cover and labels you can see that the album had a Greenworld catalog number. The tie to Wishingwell seems to be this weird "W" Wishingwell symbol at the top of the label. 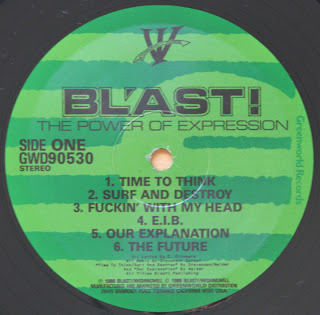 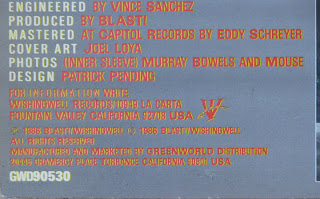 The record comers with a black and white two sided insert/lyric sheet. 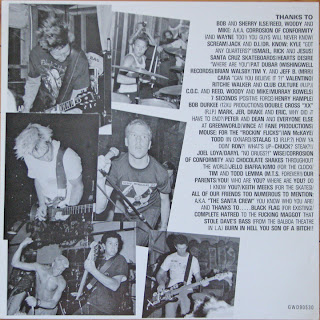 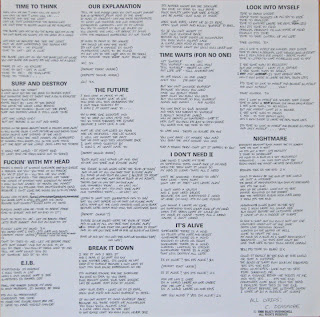 A European press out of the Netherlands was also released in the same year by Roadrunner Records. 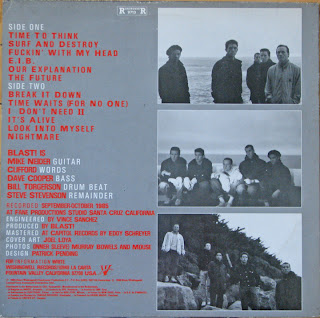 The noticeable differences include the added Roadrunner label at the top of the back cover. 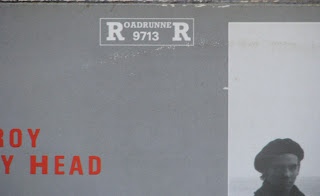 Also the label is all Roadrunner. Reminds me of my Euro thrash metal imports from the 80's. This is design is radically different from the Greenworld one and loses the Wishingwell logo altogether. 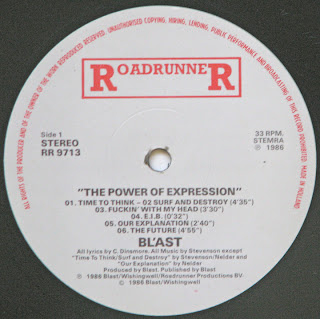 Lastly, the insert and lyric sheet has been transposed on to the inner dust sleeve. 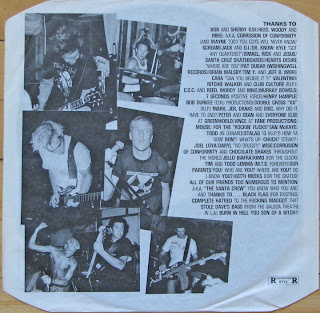 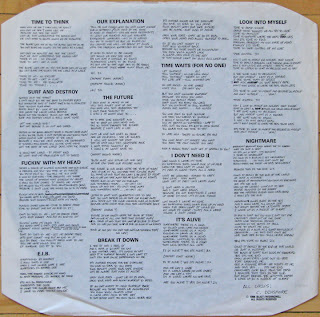 All Black Flag fans who have never heard Bl'ast! should really give this album a chance. If you already have it, pull it out and give it a spin. Perfect summer weather skateboarding tunes. Dig it!