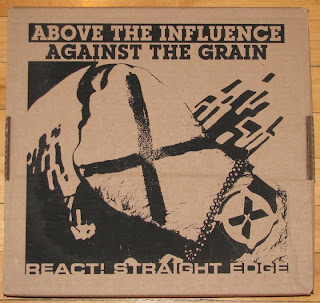 Man, this one is a long time coming. As you may know, with my age and responsibilities, going to showcases or festivals is pretty much a luxury I can't afford anymore. That fact just kills me as I love hitting them up and especially love the special vinyl that most bands or labels bring with them.

Case in point, the React! Records Showcase held in Berkeley, California. This last one was in September and I had already gone to Chaos In Tejas earlier in the year. So the next best thing to going is to get a friend who basically runs the thing to grab what he can for you.

So for the second year in a row, Aram was able to get me the limited Showcase boxed set React put out. This year was an lp set of their most recent releases at the time.

Of course there was the usual add-ons such as the essays, stickers and download cards. 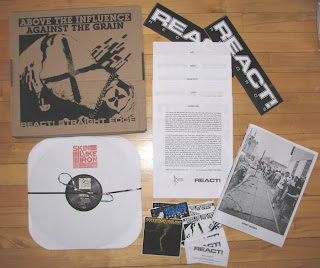 The coolest part of the set was the special React! edition of the Effort Fanzine, made just for this fest. It was a really nice touch. Profiles of the bands involved and the people who make React! happen. The zine had been wrapped up for a while and it was cool that they resurrected it for this set. 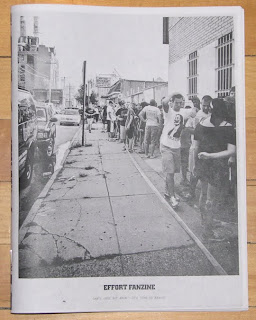 The vinyl is all wrapped up nice in a bow with a knot/wrapping system that would make the boy scouts proud. Since I already have all the albums, I think I will just leave it as is. There is no way I could figure out how to redo the bow anyways. 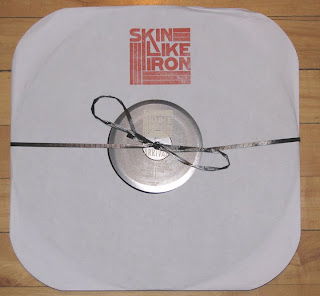 The box states that it is limited to a total of 100. I'm not sure if that includes the small color version out there, or if there are 100 black total. Really, who cares? 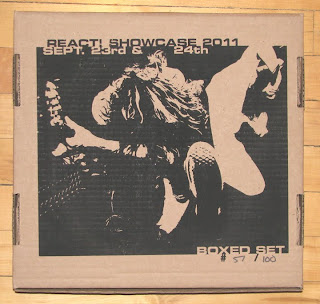 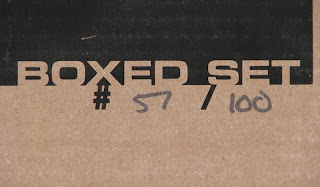 My only issue with the set is that the screened outer box won't fit in my record storage shelves. I guess the Swedes from Ikea need to get together with the folks at Bags Unlimited or wherever and hammer this shit out. Damn!

Aram was also able to get me vinyl from This Is Hardcore that came with this package. I might do something on that soon. Seriously, thanks a lot my man. The last thing you need to be doing is humping records around from shows you are organizing or playing in. It is greatly appreciated and anytime you are back downtown in Calgary, the veggie sushi rolls are on me. Avacado or cucumber. That's how I roll.
Get it? I'm hilarious.
Posted by Doug W at 8:08 AM