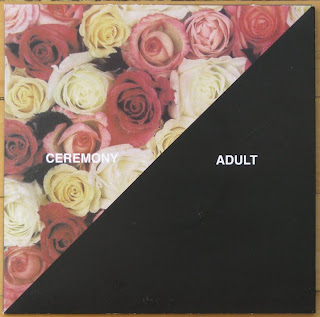 This record came almost as an afterthought to the pre-order for Cermony's new full length album, "Zoo". "Adult" is the second of the singles available since the band's move to Matador. I'm not sure if I can call it the second single from the album though as there was a video made for the song "World Blue". Let's go with second record, third single. Or something. Whatever.

When the pre-order popped up for the album, there was an option to also buy the Adult single. It was treated no different than a t-shirt option with the different bundles available. I almost missed it. 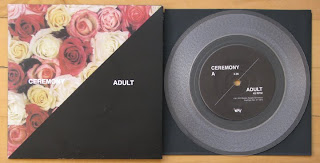 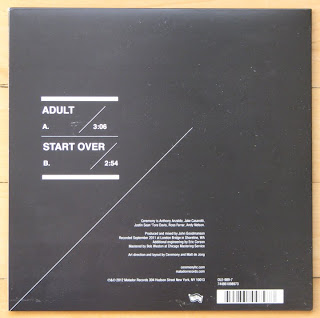 Musically we are back with another of Ceremony's "new" 80's Cali-punk direction. I swear sometimes when I listen to them now, I think I am listening to the Repo Man soundtrack. That is a good thing. The b side contains a non-album song called "Start Over". It sounds like Ceremony.

200 were pressed on clear vinyl just like the Hysteria 7". I am glad to have got one as they are long sold out. 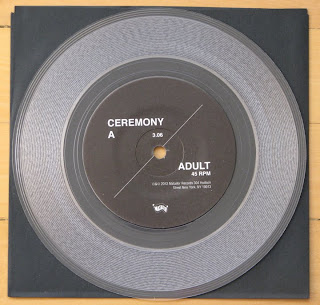 I can only assume there is a black vinyl version out there. There will no doubt be thousands available. This is Matador after all. I haven't run across one in town yet, but I am sure it will be coming.
Posted by Doug W at 9:42 AM