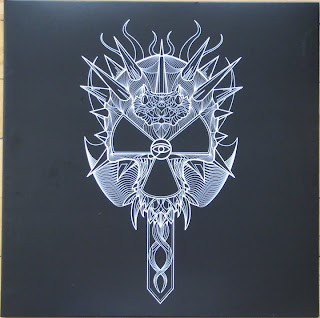 I swore I wouldn't buy this record. I saw the pre-order up on Candlelight's webstore and I was stunned by how much the record was retailing for and just how much international postage would cost. $65 to mailorder a record to Canada that I would be buying for purely nostalgic reasons. I wisely passed.

Well damn if the record didn't show up in one of my local record stores. Just staring at the cover, looking at the back and then opening the gatefold to see the trio of Woody Weatherman, Mike Dean and Reed Mullin was just too much to put it back on the shelf. I decided that if there was even a spark, a hint, of what I loved about the band in 1987 then it would be ok. I grabbed a sealed copy and didn't look back.
I wasn't too optimistic about what I was going to hear as the Your Tomorrow 7" was a little underwhelming in the vocals department. I just want Mike Dean to sing like he did on "Animosity" and "Six Songs With Mike Singing". Dude was fierce!

One thing that can't be argued is this album looks pretty damn good. Really well put together in both vinyl and artwork. 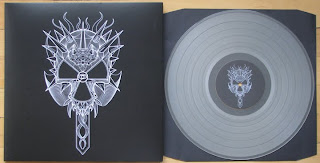 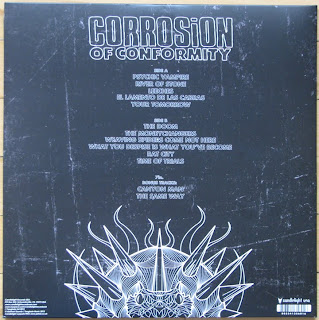 It seems all regular vinyl sent to stores and distros is on this milky clear color. It must be 180 gram vinyl as it is pretty heavy. 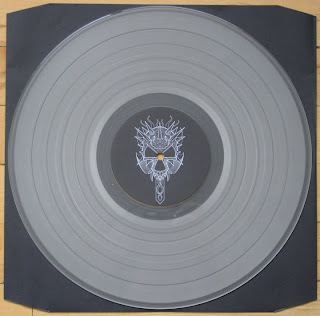 As I was saying earlier, it comes on a gatefold sleeve with lyrics, thank you's and notes. 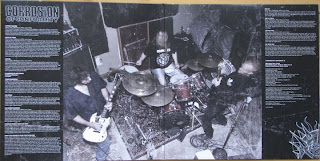 One very cool part of this album is that it comes with a bonus 7" to capture all the songs from the cd. I'll be damned if those aren't the two best songs on the album. The 7" comes on black vinyl. 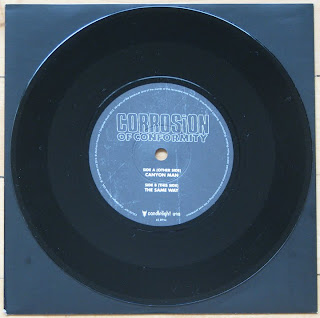 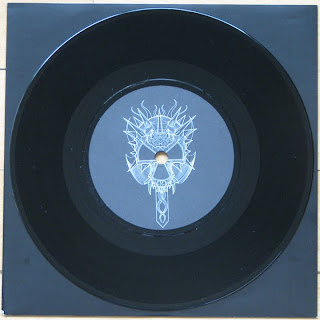 I was really worried that this was going to be like C.O.C. of the 90's and be another southern fried rock lp. Luckily, with Pepper Keenan out of the band to concentrate on Down, this has more of a Sabbath or even late-Black Flag feel than Lynyrd Skynyrd. Surprisingly, they play uptempo stuff on just about every song which makes it a lot better than I ever thought it would be.
It's not Animosity or Technocracy, those days are gone. But for what it is I am seriously digging it. No regrets.
Posted by Doug W at 8:42 AM