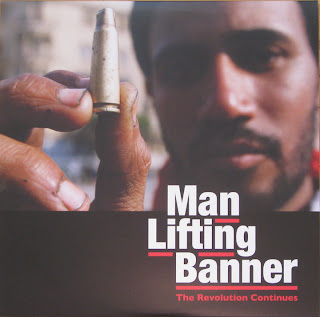 Now this is how you do a discography!
I was really on the fence about picking this up when I first heard that there would be a Manliftingbanner discography. I mean I love and support the band, but honestly, I already own the Myth of Freedom 7", the near impossible to find 10 Inches That Shook The World, plus all the Crucial Response comps that they were on. I figured I was set. Then I heard there would be "new" material on the discography as well. Say what?

I had a couple friends point me in the direction of some of the new 2011 songs online. I checked them out and I was sold. I knew I would pick the album up, but I wasn't going to go as far as pre-order it alone. I figured I would wait until it showed up locally or see if it would pop up on one of the regular distros I check out. A little while later, I saw the album was available from RevHQ and I ordered it along with some of the new Rev color represses.

What I got in the mail a few weeks later was quite the surprise. Judging from the vinyl, packaging and artwork from the band's previous material, I figured this discography would be done along the same lines. You know, political, plenty of reading, but kind of done on the cheap. I wasn't expecting this.

I never checked about any limited color vinyl available because of how long I waited to order. I got good old black vinyl. I have no idea how many are pressed either. What I do know is that with this layout, yellow and orange splatter on clear green would have been a bad idea. I think aesthetically, solid black works best. 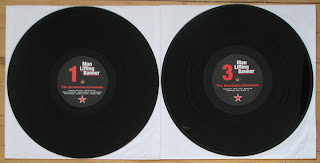 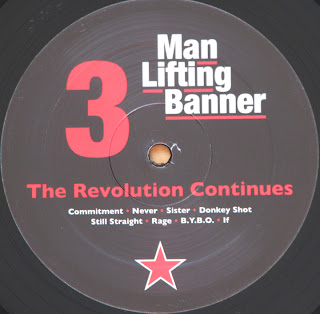 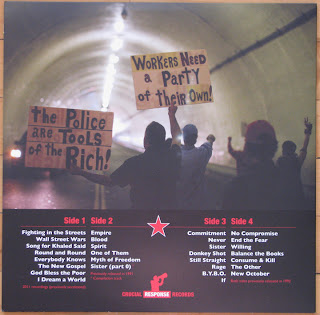 What really seals the deal for how awesome this record is, besides the new material, is the full color booklet insert. They went above and beyond. 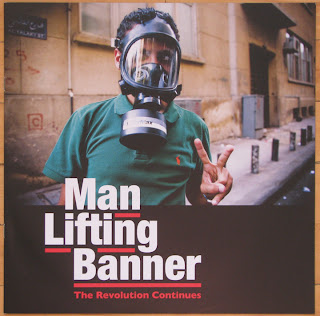 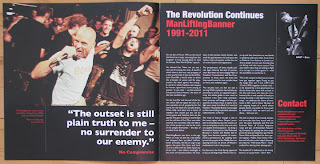 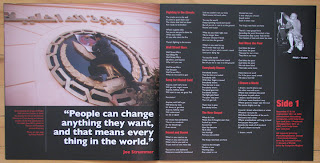 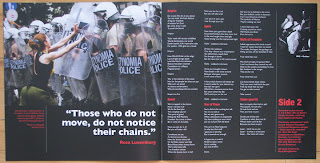 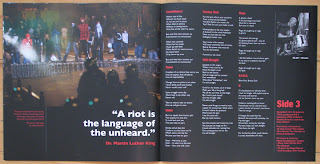 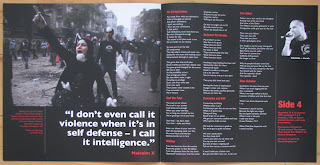 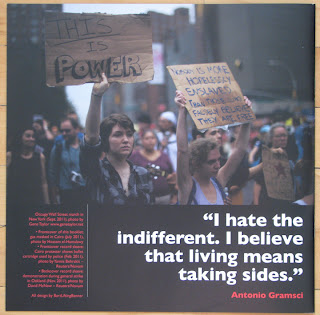 If that isn't enough writing and artwork for you concerning the struggles of the poor, disenfranchised or oppressed masses, then there is also a large poster thrown in as well. Here's some Occupy Wall Street vibe for your wall. Eat the rich. 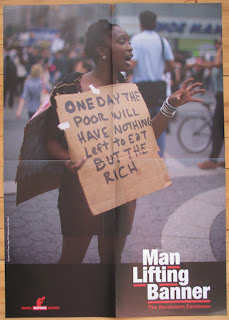 No matter what your personal political leanings, or whether you agree with the communist message Manliftingbanner throw out there, it's still cool to see that someone cares about something so passionately. I think that is something that is missing in hardcore today and applaud them for it.
Posted by Doug W at 7:46 AM