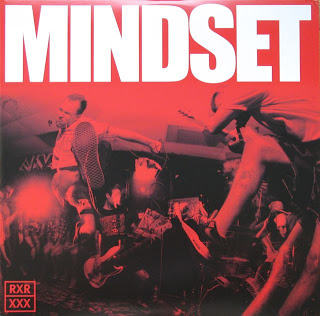 It seemed kind of silly to want to buy the super special fancy deluxe version of a band's discography when I already own five copies of each 7" and three copies of the live lp, but I did it anyways.

Despite my age and leaning towards "older" hardcore, I still dig Mindset a lot. With the break up of most of the posi straight edge bands I love in the last couple years, Mindset have taken over the top spot.

The EP Collection of course contains both the REALPOWER and Time & Pressure 7"s. The big hook is that they have been remixed and remastered. The results are impressive.

The deluxe edition also throws in a second press of the LiveSET album that was originally released on Upside Down Records. I think all the versions are gatefold, but this one actually uses it.

The deluxe was released on red vinyl with only 200 pressed. The red has a lot of black mixed in. I'm not sure if all of them are like this, but I suspect they are. Not surprisingly, they sold out pretty quick. 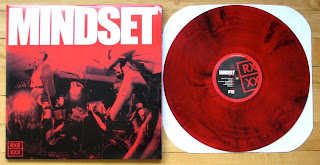 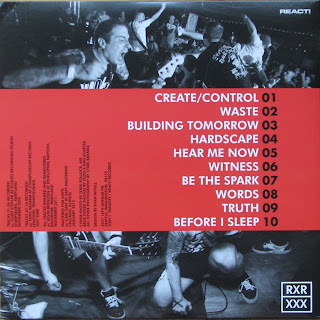 The LiveSET lp is also on red vinyl, but came out pure solid red with just a little white in there. 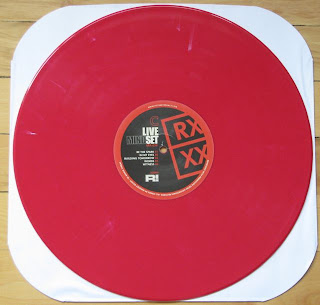 As you can see, compared to each other the reds are very different. 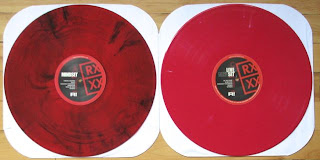 There is also a two sided full color 12"x12" insert which nicely distinguishes the two separate eras of the band with the member changes. 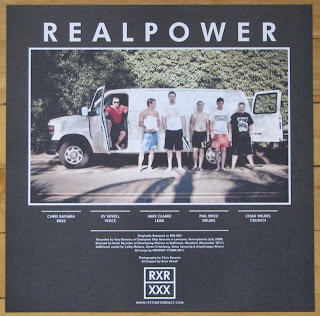 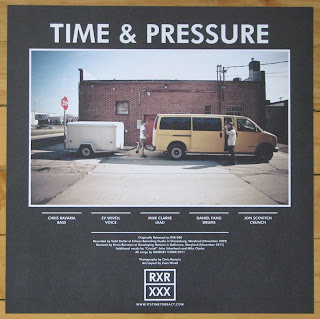 Also included is this really cool booklet. It has a lot of pictures and whatnot on the history of the band, different members and friends/crew, etc. 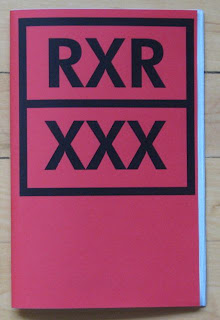 The last time I checked, there are regular EP Collection versions on white and black vinyl still available through the React!/Hellfish store if you were interested. I am glad I got the red vinyl deluxe version though. There was also a record release version on gold vinyl, but I didn't even know it existed until I saw it sell for huge bucks on ebay. Oh well.
Posted by Doug W at 8:34 PM