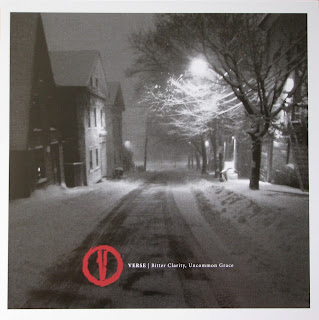 When word came down that there would be a new album coming from the recently reformed Verse, I was one happy camper. I felt that there was unfinished business when they first broke up. The sound that they had developed with the Aggression album was still being fleshed out when they called it quits. With this new album I feel they have become the new Modern Life Is War. I like that.

There is so much raw emotion in these songs, both in the singing and the music. Dare I say there is some 90's emo elements woven in there. The music barely gets above a gallop which may alienate some of their older fans. Still, it's not like this progression hasn't been coming. Every album since From Anger and Rage has been heading in this direction. Bitter Clarity... is still a hardcore album but such a far cry from Rebuild, they are barely the same band.

There were three color options available at preorder and I of course jumped for all three. Bridge Nine hasn't updated the discography page yet, so I don't know what the pressing numbers are. All three colors are quite unique from each other but work well with the album layout.

First up is clear with red swirl. This one is my favorite and kind of has to be seen to get a good appreciation of it. 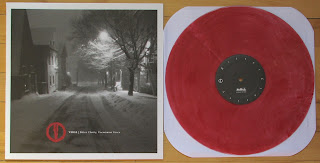 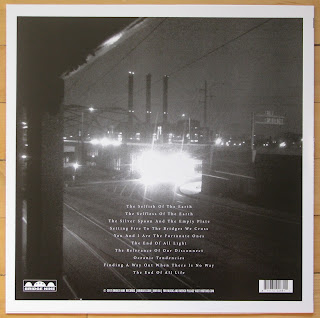 Next up is clear & black split. 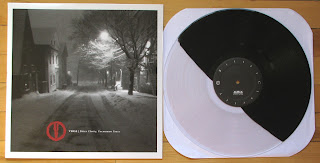 Finally we have straight up solid white. The sun was going down when I took this picture so sorry it is so dark. The white is not this creamy color here. 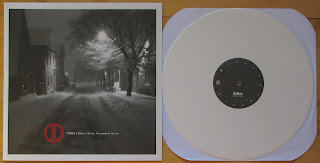 Of course there is also a glossy two sided black and white lyric and credits sheet. 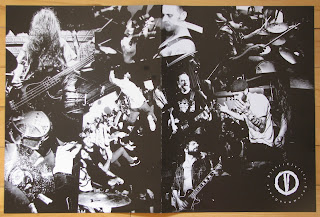 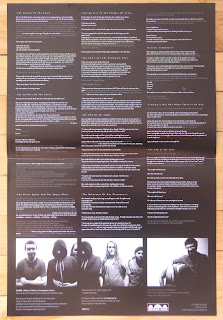 Word is there is already a second press available for pre-order at Bridge Nine as this first press sold out unbelievably fast. There was also a record release version that used the clear with red swirl vinyl. I think there were 150 of them which is a hell of a lot. It had a special release show printed cover made up for the show. That one piece of yellow paper put one hell of a premium on the record as the one I posted on at Vinyl Noize ended up selling for over $100.  I guess people like Verse.
Posted by Doug W at 10:15 AM