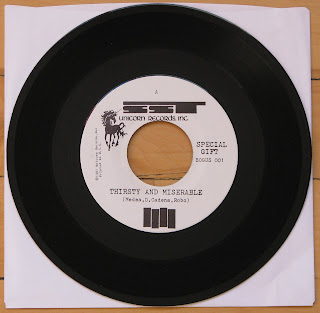 I'm not sure what is more shocking, the fact Henry decided to play a Nazi who rapes Peg Bundy from Married With Children, or the fact that he wears short sleeve dress shirts with a skinny tie. Wow. 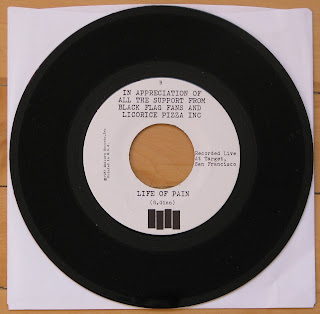 Anyway, just a quick post on this awesome rare record that was released as a give away record at a show through the LA record store chain, Licorice Pizza. It features live versions of "Thirsty and Miserable" and "Life of Pain" recorded as a five piece (my personal favorite era). It is also the first recorded and released material with Henry singing.

It came out just before the Damaged album in 1981. Like the original press of Damaged, it was a SST/Unicorn release. Most did not come with any kind of cover sleeve. Just a plain white one. 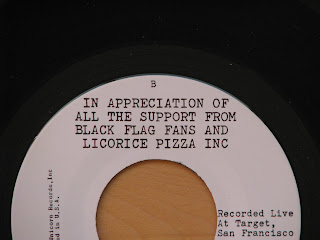 This record was bootlegged and released as "Licorice Pizza and More". There are plenty of those out there, so keep your eyes open if you are looking for the original. The bootleg adds a demo version Dez singing "Spray Paint the Walls" and has a cover.

I found this record very difficult to track down as some ebay sellers had no idea there was a bootleg, let alone the difference between them and were kind of useless in giving me any details.
I ended finding it on of all places, GEMM. The world is a weird place.
Posted by Doug W at 12:20 PM