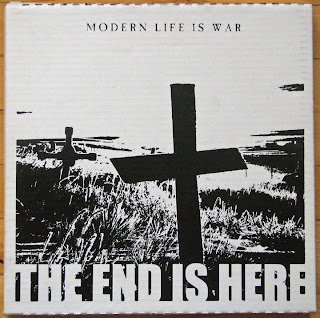 Almost two years to the day that Modern Life Is War had their final show and released this set, I finally have one in my hands!
The frenzy that accompanied this release from anyone who wasn't at the show or didn't get one was insane. Anyone who tried to flip one on ebay was bashed mercilessly and had people mess with the action, making it unsellable. Those that did sell went in the $1000 range.
Well with time and patience, I was able to get one and didn't pay through the nose for it.

I have to say, it is a pretty nice package considering it is a screened mailer box! 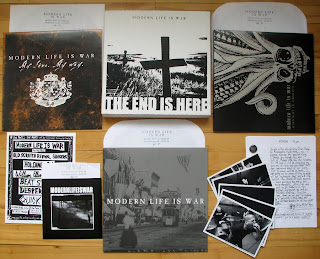 The set consists of their s/t 7" and all three of their lps. There is also a set of pictures, a reproduction of the final gig poster, a pin and a set of handwritten liner notes by the singer chronicling the four releases and the end of the band.

There were 65 sets made up in total. The numbering corresponds with the back of the box and on each of the inner sleeves. 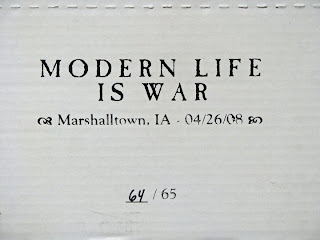 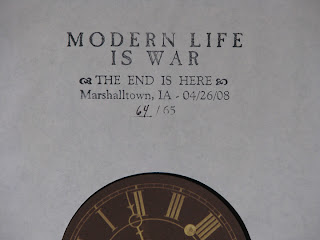 As far as the vinyl itself goes, there is only one really collectible piece.
The "Witness" lp was specially pressed on clear blue vinyl for the set. I guess that makes it out of 65. 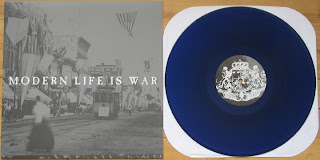 The remained of the vinyl used for the set was the most readily available or current at the time.

S/T 7" is on white vinyl. Thousands pressed. This one has a brown streak in it. I don't think it matters. 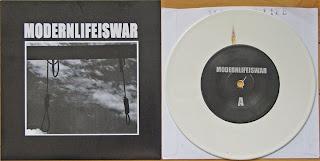 My Love. My Way. lp. Lifeline repress on black/gold swirl vinyl out of 1200. 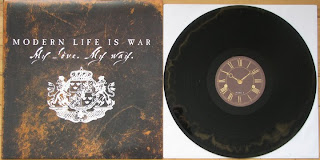 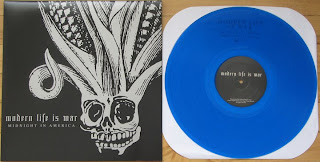 Big shout outs to the guy I bought this off of. Very cool guy who packaged it like it was fine art. Not a scratch on the box, which if we are being honest, is the selling feature here. Just awesome.
Posted by Doug W at 3:23 PM