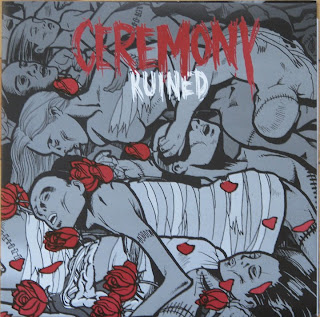 With the pre-order of the new Ceremony lp, "Rohnert Park" going up this week at Bridge Nine, I pulled out their first for a spin; the "Ruined" ep.
It took me a while to get into Ceremony, but once I saw them live, I was hooked.
I have never seen anything like it. Pure chaos. The west coast LOVES Ceremony. Check out some YouTube videos of their live shows sometime. Awesome.

The record was released on Malfunction in 2005 back before Deathwish came along. Like all their other records, especially the "Scared People" 7", Ceremony know how to do a special show record package.

The record release show edition was out of 65 on yellow vinyl. The cover is an awesome vellum overlay of the Dead Kennedy's "Fresh Fruit for Rotting Vegetables" lp. 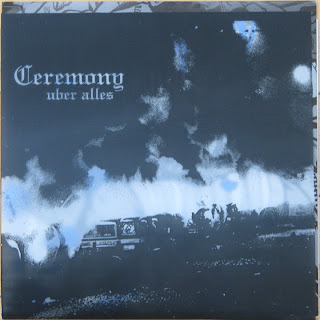 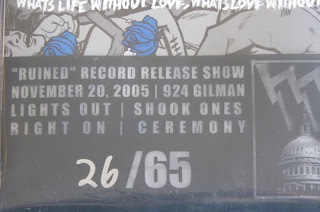 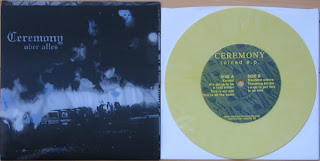 The other special release for this record was a secret show that Ceremony did with AFI. They did a rip off cover of AFI's "Dork" ep. It was released on the remaining yellow vinyl, but also used the second press black as well. Limited to 37 copies. 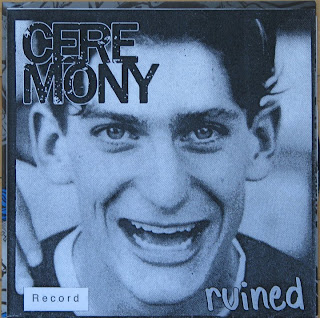 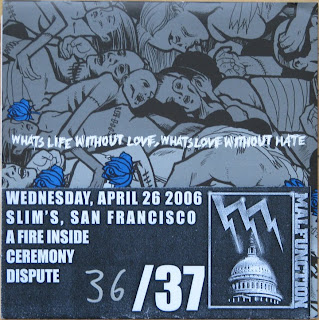 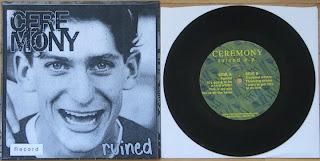 "Ruined" also had a number of regular presses as well. 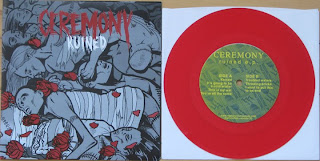 1st press of yellow/orange out of 700. There were many different variations from straight yellow to orange. Check the comments from Toast, the bass player from Ceremony, for better details. 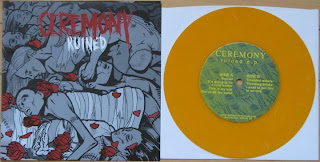 The second press was on black vinyl. 1000 total pressed. There are both red and blue lettering/flowers covers for both. Once again, check the comments for more details. 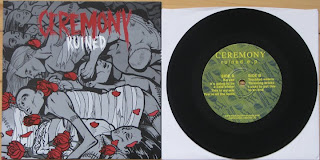 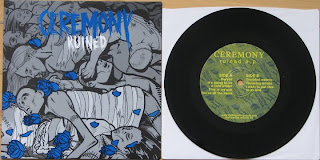