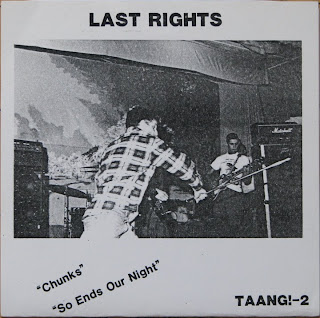 While I am in a never ending holding pattern waiting for pre-orders to show up, I pulled out this classic for a spin.
Last Rights were a very short lived Choke (Jack Kelly) band that existed between Negative FX (who were also short lived) and Slapshot. Their story is pretty well known. One show. One record.

Let's just say it's a hell of a record. The songs "Chunks" and "So Ends Our Night" are in my opinion better than anything either of Choke's other bands ever did. Slower and more controlled than Negative FX and less meathead, tough guy than Slapshot. The songs rule. Chunks especially. Amazing riff.
The band actually has 4 more songs you can find on the Negative FX cd, but the real deal 7" only has these two.

As far as the vinyl goes, the original of this was released on Taang! Records (#2) and was pressed on black vinyl. That's it. Any color vinyl out there (neon green) is a bootleg.

All originals are easy to spot with red labels and the large 45 hole. 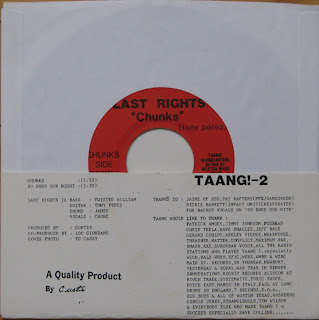 Where things get interesting are the covers. There are a few of them. Almost all of the records came with two front covers and there are at least four different pictures as well as color paper used. The rarest and most "famous" is the Hitler cover. That thing goes for big money. Word is there were only 100 printed of that sleeve.

This is the second front cover mine came with. 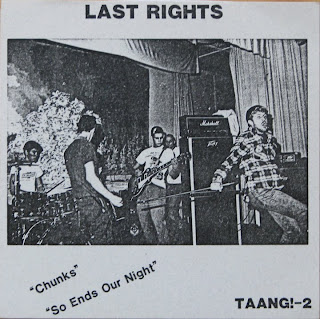 Included was the Taang! want and trade list. One thing you can say about 1984, they didn't subgenre themselves to death. Punk was punk, at least to Curtis from Taang. Very cool piece of history! 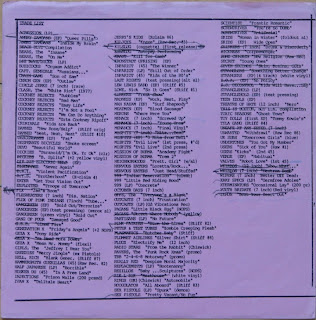 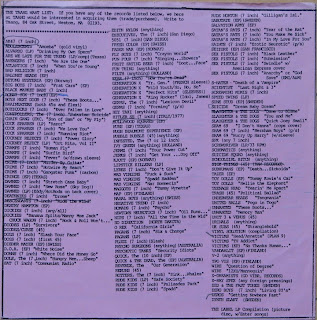 Hard to believe I have owned this record three different times. Even harder that the first one I sold to my buddy Geoff for $20. The last one sold on ebay for $280, and that wasn't even the Hitler sleeve. Wow.
Posted by Doug W at 7:37 PM