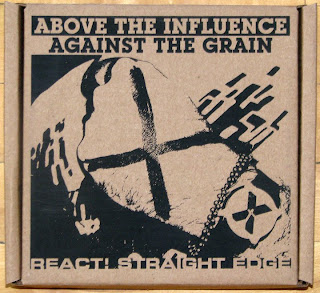 I don't think there is any secret in my love for React! Records. Aram puts his heart and soul into the label and consistently releases top shelf straight edge hardcore records from amazing bands. That is why it seriously bummed me out that I could not make it to the React! Showcase that happened back in April. For collectors, there is always a buzz with what fests and Showcases can deliver in the way of special limited press vinyl. I live for this shit!

However, being a full time corporate office drone, plus full time husband and dad, pretty much cramps my ability to run off to festivals anymore. Luckily, I have known Aram for a long, long time and had no problem hitting him up by email for a favor.
The email pretty much went, "Hey can you grab me anything special you might have at the Showcase?" Well, let's just say I am pretty freaking happy with what I got.
First up is the infamous React! Showcase box set. This is a set of all the recent 7"s that the label had released. There were a total of 94 made up and they probably could have made another hundred for how crazy the demand has been for them. Leftovers were put on the React! webstore and sold out in about 10 seconds. One sold on ebay right after the Showcase for close to $110. Damn!

All sets all contain black vinyl with stamped dust sleeves wrapped up nicely in a bow! 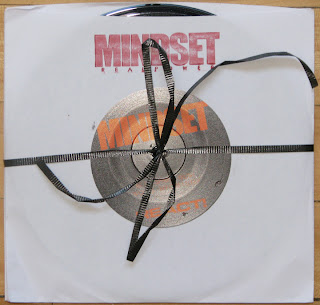 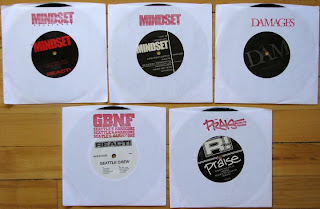 There are a ton of extras included such as stickers, lyric booklet, two posters and five of those React! inspirational/motivational, "one to grow on" inserts that come with each release. 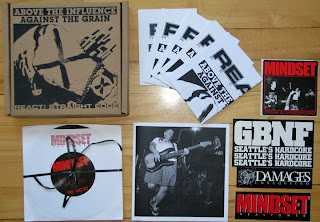 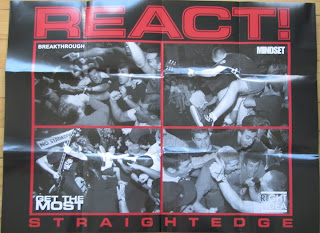 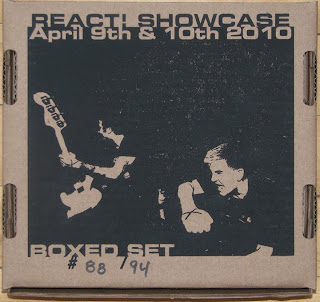 Next up in the big box of goodies was the Get The Most record release press. I'm glad they waited until the Showcase to drop this. 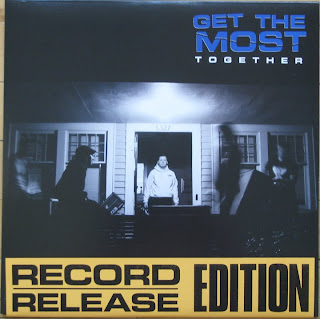 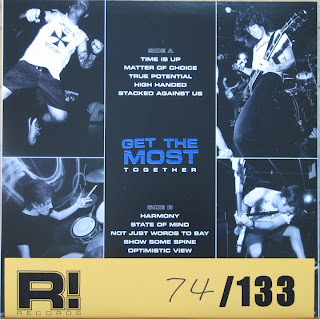 133 pressed on green vinyl. Tasteful foldover 1/4 cover as well. Awesome looking and a hell of an album. 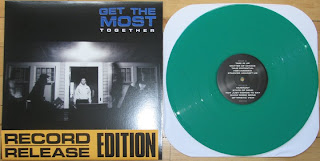 Next up is the most limited color of every new React! release.
Common Cause - Statement of Purpose on gold/100
Damages - Unrequited on orange/100
Praise - Growing.Changing.Healing on pink/100 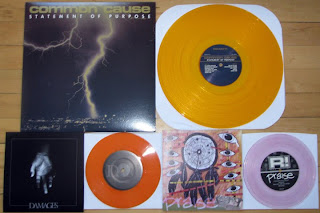 Lastly, is one record I wasn't expecting at all. Aram let me know that my package was on the way and that he threw something extra in there. Well hot damn, this is a hell of a throw in. 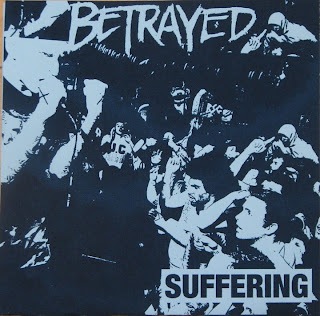 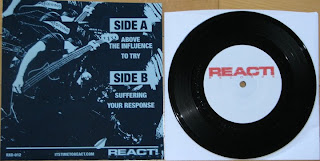 These songs are amazing. Betrayed have been a favorite of mine for a long time and I was so happy to hear they were starting up again. This record just solidifies for me everything good about hardcore. Thoughtful lyrics, hard and fast yet melodic songs played by dare I say it, professional musicians.
More important than having the record release (which is awesome) is hearing all four songs early. Hell yeah. Good mail day.
Posted by Doug W at 8:16 AM