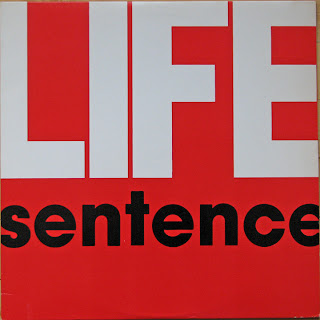 Thanks to a gloomy, rainy Sunday afternoon, I actually had some time to hit the basement and finally listen to some music. I had to be quick about it because there is always the next family craft, task or project around the corner.
I thought about pulling out DRI's - "Dealing With It" lp, but as short and fast as those songs are, there are just too many of them. I ended up choosing the Life Sentence 12". The songs are just as short and fast except there's a whole lot less of them! 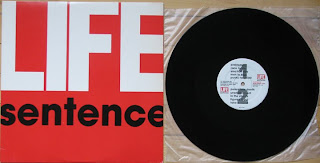 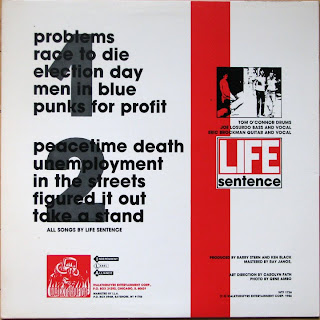 Life Sentence started out as a five piece, and then shrunk to a three piece hardcore band out of Chicago, Illinois in the mid 1980's.
Throughout their career they tried to appeal to every sub-genre or group in hardcore. Skaters, skinheads, peace punks, straight edge, crossover, and especially metal heads.

Unfortunately, Life Sentence were criminally under appreciated. Seriously, there are two documentaries about the Chicago punk and hardcore scene and neither of them even mentions the band. What's even more screwed up is that the film, "You Weren't There" was directed by the former bass player in Life Sentence!!!!

As far as vinyl goes, the s/t 12" was released back in 1987 on Walkthrufire Records, a local Chicago record label. All black vinyl. No idea how many were pressed. It was bootlegged or repressed on the Legends of Hardcore label on red vinyl a few years ago. 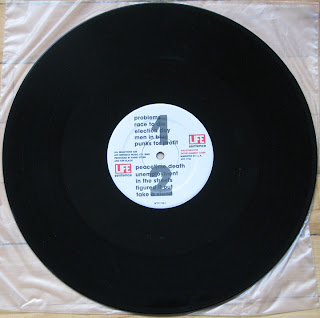 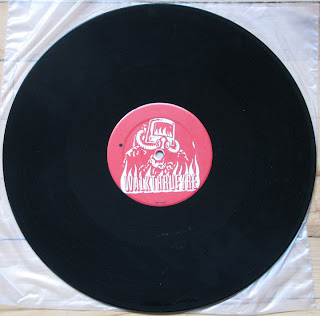 To me, Life Sentence were at their best with this, their first record. There were way too many line up changes, sound changes, lawsuits, scab players, reunions and all that crap after this one.
Their sound at the time was a cross between DRI and 7 Seconds. How could you lose?

Life Sentence were also one band that missed out on the Metallica-push payday. Hetfield wears a Misfits t-shirt in 1987, the metal world discovers punk, The Misfits, Samhain and Danzig. Glenn gets famous and gets to write songs for a Hollywood movie soundtrack.
Lars Ulrich wears a Life Sentence shirt, people think the logo looks cool because it's a rip off of Life magazine.