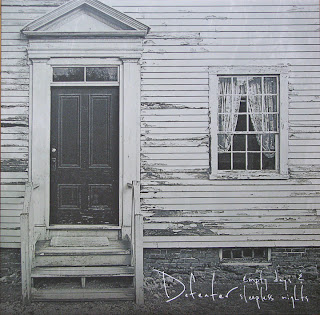 This post is long overdue as the latest Defeater album, "Empty Days & Sleepless Nights" was released months ago. Unfortunately, it has taken me this long to track down the first press. The pre-order for the album went up on Bridge Nine while I was away on vacation in February and I missed out.
To show how insane I am, I actually regretted (just for a minute) going on vacation when I saw the pre-order email from B9 in my inbox when we got home.
Defeater are one of my favorite current bands and I knew it would be a pain in the ass to try to track this down after the fact, especially with the popularity of the band these days.
To tell the truth, even if I was home I'm not sure I would have been able to get all three versions of the first press. This album sold out extremely fast. I think I read somewhere the entire first press was sold out in four days!

After passing up some ridiculous overpriced ebay auctions, and buying what I could, where I could - I finally finished off the first press right in time to see the second press dark red vinyl sell out! That chase will have to wait for another day. Hell, B9 are already on a third pressing. 4000 records pressed in three months? I guess Defeater are popular.

"Empty Days & Sleepless Nights" as you all know by now is actually two separate albums. "Empty Days" is a narrative concept album chronicling the downright depressing lives (and deaths) of members of a post WWII family in America, picking up the story where the "Lost Ground" ep left off.
Just like with their last two releases, "Travels" and "Lost Ground", the songs are told in a storytelling fashion with plenty of emotion. Musically, they continue with their Modern Life Is War-like modern hardcore sound.
The second record, "Sleepless Nights" is a one sided, four song acoustic set of folk style rock that we have seen glimpses of in the past with the band, ie. "Prophet In Plain Clothes" off Travels.

I'm not sure why I am bothering to "review" the record since everyone and their dog has it already. On to the vinyl! 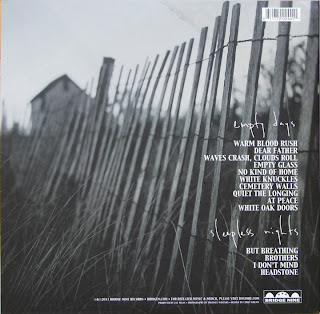 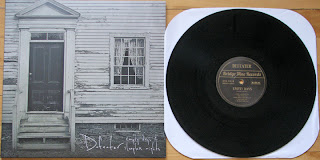 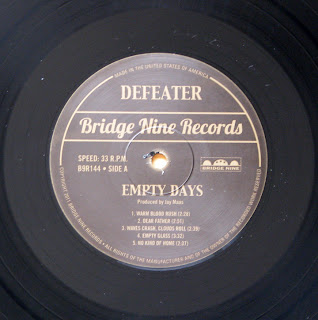 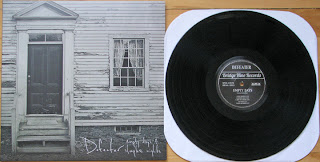 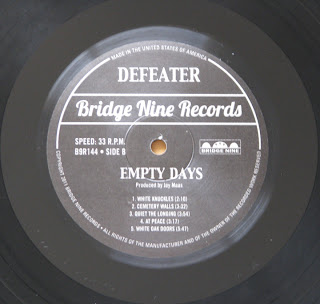 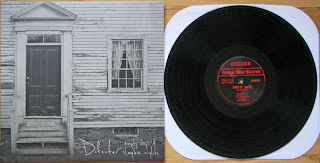 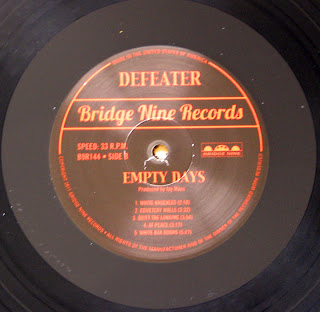 I love that instead of color vinyl they went with different labels for the first press, a la American Nightmare's "The Sun Isn't Getting Any Brighter" 7".

The b-side of the second record is etched. Railroad spike. It all makes sense if you read the lyrics. 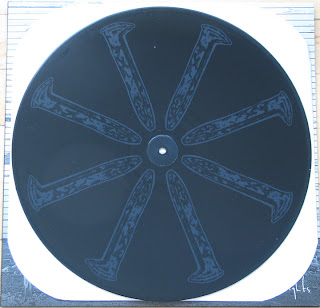 The pre-order package came with a 64 page book with lyrics and pictures, a huge 36" x 24" poster and a smaller poster. 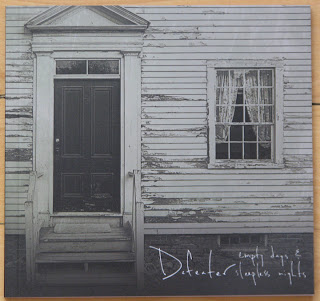 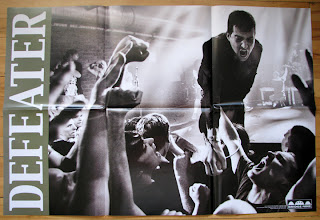 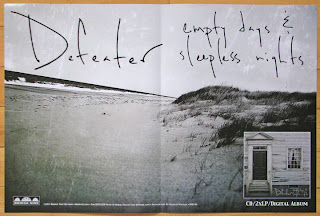 The book is basically a really thick cd booklet. I was hoping for something along the lines of "Society Verse" that came with the Ceremony Rohnert Park pre-order. Still, it's all good.

I can see this record getting repressed a few times down the road. The band's popularity and the overwhelmingly positive reviews this album received could end up putting this into Have Heart territory for total number of records pressed.