Sick Of It All - Blood, Sweat And No Tears lp 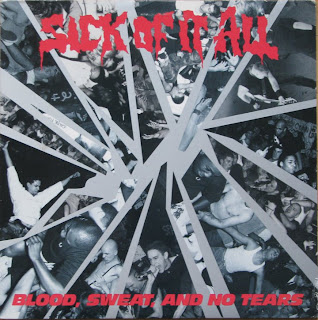 According to Google Analytics, a good percentage of the traffic that visits this blog are people looking for mp3s and free downloads. I can't imaging how bummed out they are when they open the website to find nothing more than pictures of records.
To those looking for free music, sorry I couldn't help you out. I actually like buying and collecting these things, and hopefully will to.

Every once in a while I get a cool comment or email from someone asking about a particular record they have questions about or would like to see pictures of. Last week I got a very nice email asking if I could do a post on the first Sick Of It All full length album, "Blood Sweat And No Tears". He had the European repress and wanted some info on the first press. So for Sajid, here you go! 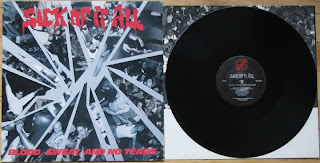 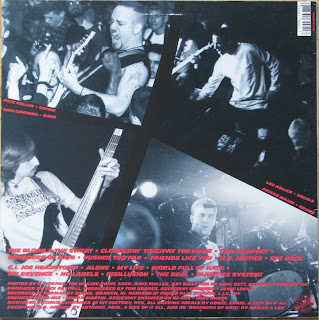 The first press of this record was released on the Relativity Records' In Effect imprint label in the summer of 1989. In-Effect was around for a few years in the late 1980's and early 1990's, releasing primarily New York Hardcore.
I bought a lot of their releases including Agnostic Front - Live At CBGB's, Bad Brains - Attitude, Killing Time - Brightside and the best of all of them, Nuclear Assault - Handle With Care. (No, I'm not joking.)
Unfortunately, there were a few Prong, 24-7 Spyz and Scatterbrain releases mixed in there. I guess you can't win them all.

One very cool element on all their releases was that In-Effect would include the hometown or borough of New York the band was from in the label. For Sick Of It All, it was Hollis, Queens. 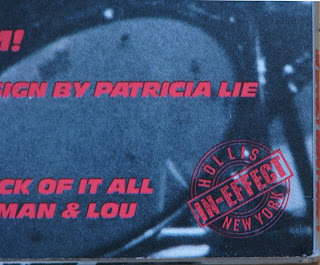 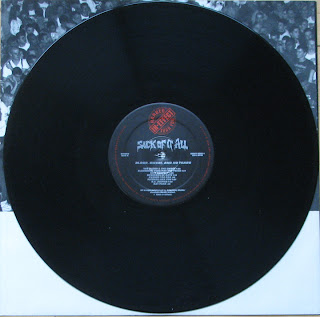 The In-Effect pressing of the record also came with the dreaded glossy printed inner sleeve. I got lucky and mine is still intact with no split seams. 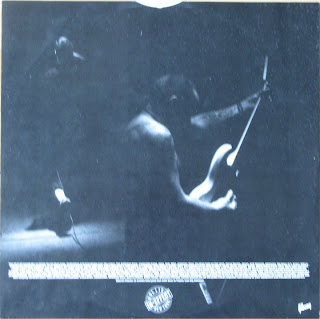 Interesting that the only lyrics on the sleeve are for the song "Injustice System". I guess they knew early on it would be the "big single" with a video and everything.
They do mention that you can write in and get the full lyrics from the band/label. That is pretty cool. It's like the Kiss Army fan club for skinheads! 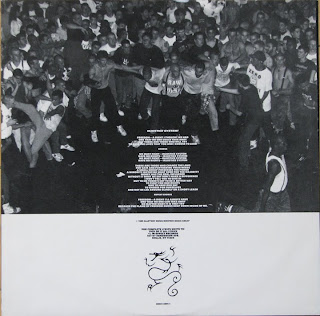 I can't think of anyone in my travels who doesn't like, or was at least exposed to this record.
The album came around at just the right time for the band to be included with other bands riding the popularity of metal and crossover. One listen and you could tell this was not metal or crossover though. Pure basic hardcore.
The album also had just enough "major" label pull where a suburban Canadian kid could catch the video for "Injustice System" in regular rotation on the Much Music Power Hour, and then go pick up the record at the mall. That was earth shattering back then. Ah, the good old days...
Posted by Doug W at 8:53 PM