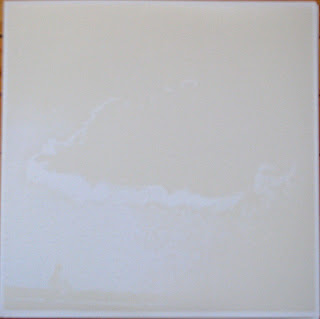 Record Store Day this year was a little disappointing. While I ended up getting everything I wanted, it took a lot of help from friends to make it happen. Revelation represses? Mike had to get those for me in Boston. Rival Schools - Wring It Out 7", same. Off! - Live at Generation Records 7". Mike as well. Wow, thanks Mike!
My friend Todd helped me get the Bad Brains - Pay to Cum repress on gold, Mastodon - Live At The Argon 2xlp and the Fucked Up - David's Town comp too. Basically I ran around like a chicken with its head cut off, bouncing from record store to record store, too late to find anything on my own except a Dio picture disc. Well, that was kind of cool.

At least I did one thing right. At 11:00 AM MST, I ran home to park myself in front of the computer and hit refresh on the 6131/Hellfish webstore to score this: 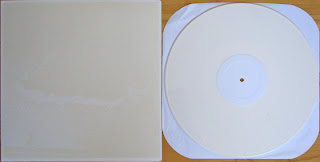 This was my biggest want from the entire event and I am so happy I was able to get one. Originally I didn't think it would happen. Due to unforseen circumstances, 6131 were unable to distribute the lp to stores in time for RSD, so they instead made it a web store deal. That's a good thing for me because there is no way in hell it would have made it up here in Canada.

This Record Store Day exclusive is the album's 4th press and was limited to a ridiculously low run of 250 on white vinyl with no labels. I'm guessing it is 180 gram vinyl, the same as the third press on white. 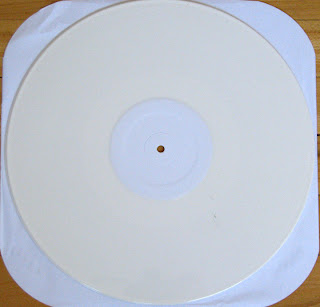 The main special touch was a white letterpress cover. Unfortunately, it really needs to be seen with the human eye to be appreciated as my camera just can't pick up any detail. I did what I could adjusting the contrast, but it's obviously not working out for me too well.

Oh yeah, this album is awesome - but you already knew that. I can't wait to see them play at Chaos In Tejas in three weeks. Stoked beyond belief!
Posted by Doug W at 8:01 PM