Hmm.
Well the Canada Post strike has been over for over a week now. The federal government forced the carriers back to work last Monday and the union assured everyone that they would start delivering mail within two days.

That's all fine and good, but I have received exactly one bill in the last week they have been back to work. No letters, no junk mail, no flyers (not that I miss that crap), but mainly - no packages. That means no records.
Well screw it. If I can't do any posts about new vinyl, it's time to go old school and hit up my secret favorite music format of all time. Cassettes!
A few years ago my good friend Leo decided he was going to throw out his hi-fi Yamaha cassette deck and all his tapes. The man doesn't have a sentimental bone in his body and decided clutter is clutter and junk is junk. Well, I couldn't let that happen. I told him I would gladly take the deck off his hands. The only condition was that I had to take all of it, including all his new wave and alternative tapes. Jackpot! Nothing wrong with The Smiths, New Order and The Housemartins. I threw out the Alarm tapes though.
That got my obsessive/compulsive juices flowing and I started scouring the city/country/continent for tapes. I had a small but pretty cool collection of tapes from the 80's but it was time to step up. I also hit up all my friends to see if I could buy their entire collections. Yeah, buy. Crazy.
I even spent time on vacation trying to track down cassettes at places like Amoeba Records in L.A. The final step in my descent into madness was buying an old Sony Sports Walkman like I used to have in the 90's. You know, it's not as cool as I remember.
I know there is a big trend in hardcore collecting circles to track down demos and whatnot. But for me it's all about the high end glossy, slick "big" label stuff. I decided to just pull some of the tapes out that either look cool or stand the test of time.
Switch off the Dolby C Noise Reduction, turn on the auto reverse, and eject the head cleaner. Let's rock!
Revelation had cassettes locked down in the late 80's and early 90's! 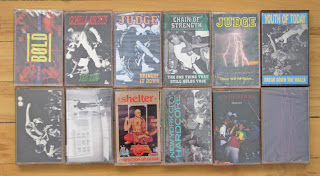 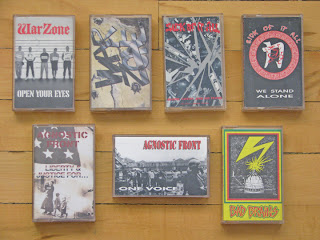 Youth of Today. One HUGE glaring tape missing. Unfortunately, We're Not In This Alone goes for huge bucks. 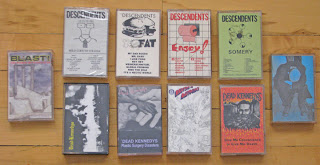 Cro-Mags. As a metal kid transitioning to hardcore, I LOVED Best Wishes. 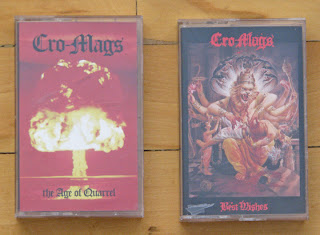 Suicidal and cassettes just seem to go together. I think it was skateboarding and boom boxes! 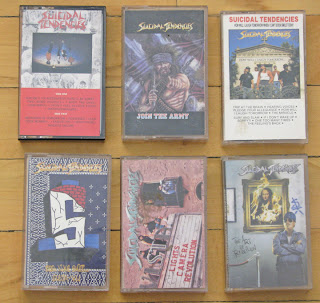 Changes in sound most people didn't want to hear. I still dig it. 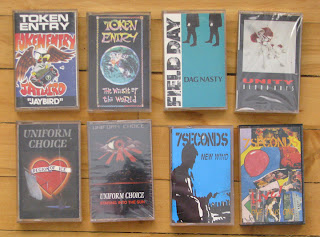 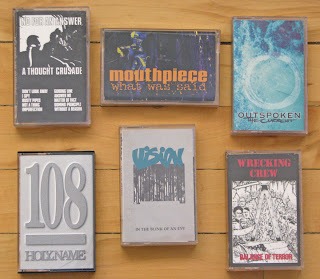 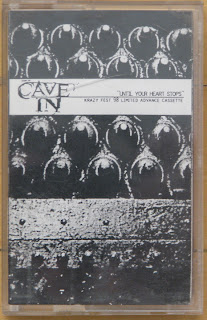 Good times. As always, if anyone looked at this page and thought it was lame and want to unload their old dusty tapes - hit me up!
Posted by Doug W at 8:31 AM