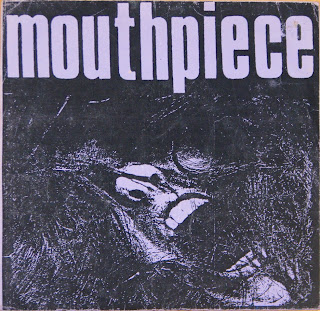 Two years into doing this blog and I just realized I have never done a Mouthpiece post. That's just unacceptable!!! In hindsight, I guess that makes sense as my collection kind of sucked. For being one of my favorite 90's straight edge hardcore bands, I had very little when it came to rare Mouthpiece records. Of course I had all their releases, but only the most common, black vinyl versions. Over time I started to pick up some cool stuff, but nothing like this. Thanks to Kyle Whitlow selling off a large part of his amazing collection, I was able to pick up this gem.
1st press Mouthpiece self titled 7" on purple vinyl with the "Middlesex" cover. 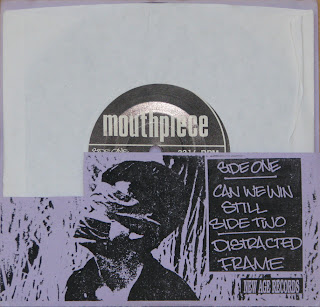 The story goes that the 7" had been out for a while and the band had some leftover purple copies. Tim McMahon designed and xeroxed 50 covers on purple paper at school for a show coming up at Middlesex County College in Edison, New Jersey.
According to a post Tim made on the Livewire board, this version wasn't supposed to be a big deal. It wasn't a record release or anything like that. It was just something cool to do with some leftover vinyl. Of course, the record sold out instantly at the show and has in the process become the most rare and sought after Mouthpiece record. Nice.

The vinyl used was 50 of the 400 purple copies pressed. For years I had no idea how many purple were out there. Thanks to New Age updating their discography we finally have a number. 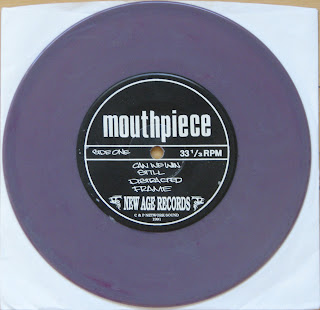 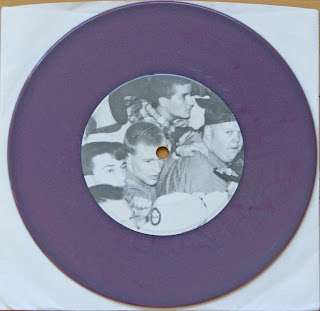 Each cover is numbered by what looks like a typewriter! That's old school. 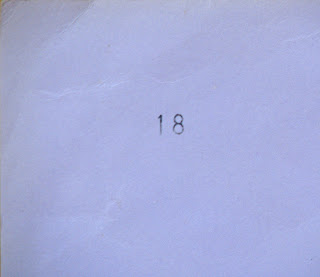 The record also came with the 1st press large double sided insert. This one looks like it was used as a poster for a while. Still pretty sticky on the back where tape was used. 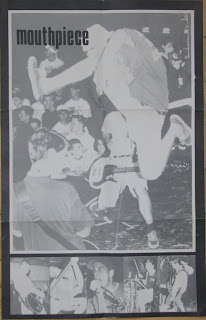 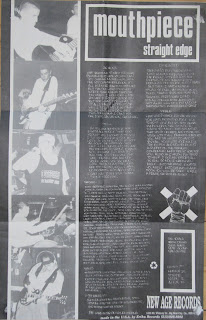 Now I just have to work on getting a couple more of those Reunion presses...
Posted by Doug W at 9:28 AM