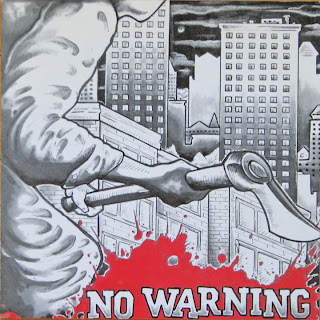 I figured since I have already done two posts on No Warning's Ill Blood album, it was time to hit up what I (in the vast minority) consider their best record. Their self titled 7".
As much as "Ill Blood" pretty much defined No Warning as a major player in the early 2000's, I think I like this record better. There is less of a NYHC, heavy, thug vibe and more straight up suburban hardcore sound. Hell, it might just come down to the thinner production, but these six songs are among my favorite of the era. 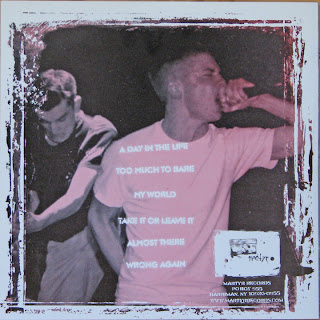 Collecting this record took me a long time to complete. After years of hunting down different colors and tour presses, in the end it was the most common versions on good old black vinyl that I was missing. Go figure. Thanks to Kyle Whitlow selling off a bulk of his collection last month, I was able to finish off the final pieces. 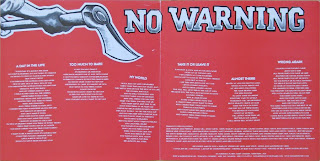 This record was released on Martyr Records out of New York State and saw two pressings. Luckily they are pretty easy to differentiate. Actual pressing numbers are a little sketchy. To me it seems like a few of the numbers have been deduced to come up with round even pressing numbers. Whatever. It's not that important.

First press. All center labels are blue.
Purple vinyl out of 100. The other accepted pressing number is actually 106 to include a few small variations like clear purple/1 or dark purple swirl/4. 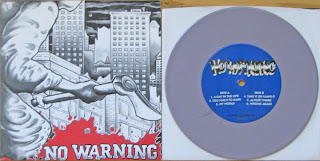 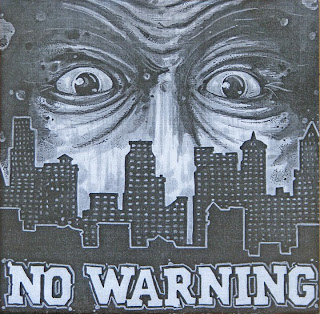 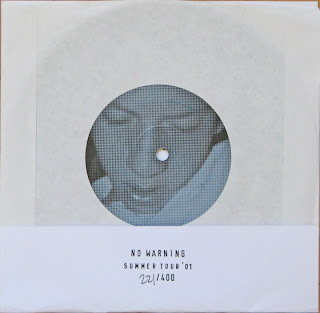 Stamped and hand numbered out of 400 on the back sleeve fold. 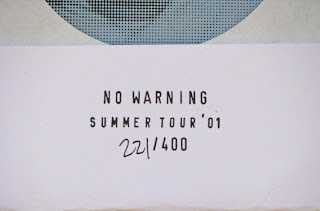 This tour press also came with a lyric sheet as normally the lyrics and credits were printed on the inside of the regular sleeve. 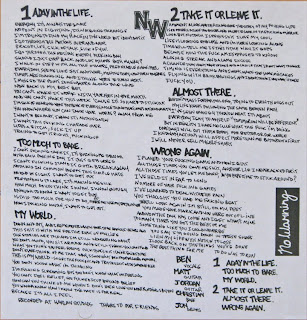 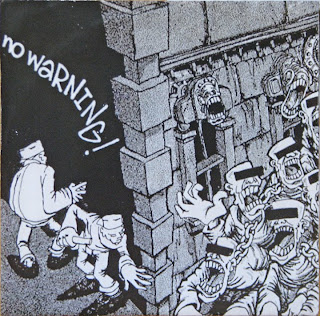 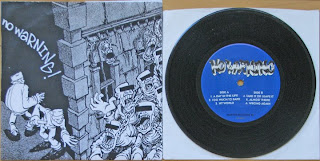 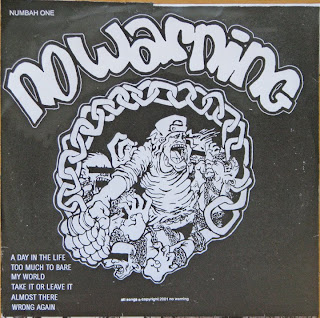 Stamped and hand numbered on the inside of the sleeve out of 150. 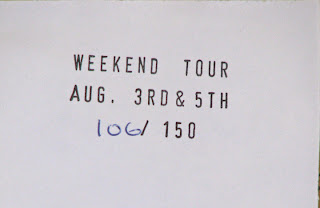 Finally, Black vinyl out of 348, or maybe 350. Kind of splitting hairs at this point but I guess it makes sense as when you add all the first pressings together it totals close to 1000. 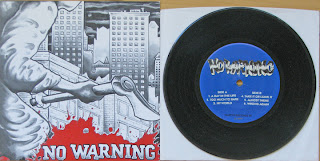 Second press. This time they switched to red labels and went for two different colors.
White vinyl out of 200. 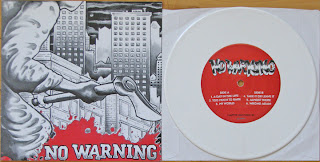 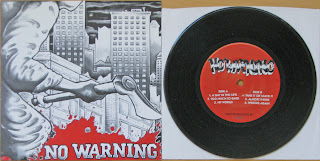 Of course this 7" would be released again later the same year by Bridge Nine as a cd-only release that included three songs off their demo tape.
Remember back a decade ago when cds were cool? Yeah, me neither.
Posted by Doug W at 7:42 AM