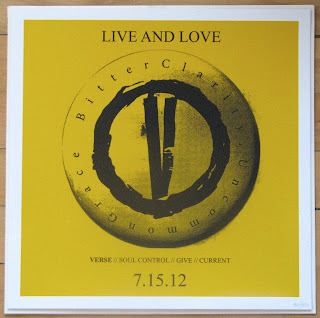 I am a sucker for special one off covers. Record releases, fest pressings or farewell shows, give me a good looking cover with decent artwork and hand number it and I will be there with cash in hand.
The last one to really catch my attention was the Verse Bitter Clarity, Uncommon Grace record release. The stark yellow cover just really impressed me.
When it first popped up on ebay I tracked it with every intention of bidding and winning. I mean, how much could it really go for? Well when it crossed the $100 threshold I had to back out. There is no way that could have been right?!?! I chalked it up to the fact it was put up for sale on ebay the day after the damn record release show and people were just bummed they couldn't make it. Instant gratification and all that.
Well patience and time let me score one for a reasonable price and now I get to file it away next to my other four copies of this record.
The version I scored was on the limited color of clear and black split. 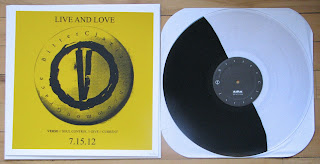 There were only 300 of them pressed in total and apparently either 50 or 60 were used for the record release. I'm going to go with 50 just because that was the number used in the description of the record I won. Oh and I just happened to win it from this guy. I think he would know. 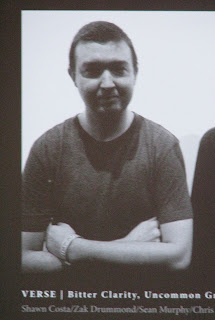 I scored the incredibly random number of 94 out of 150. There s absolutely nothing special or meaningful about that at all. 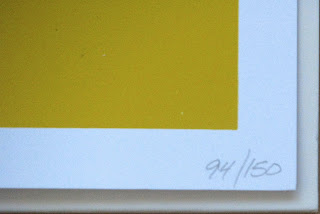 The good thing about finally getting this album almost a year after it was released is that I kind of forgot how much I liked it. Damn fine album no matter what Preston thinks. Dude, you are just wrong on this one.
Posted by Doug W at 5:43 PM