Apology - Pass You By 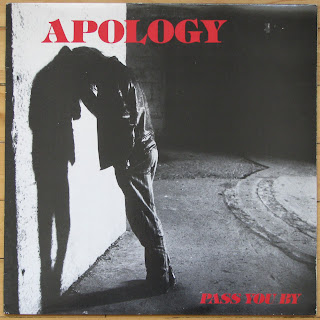 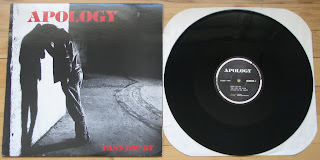 I came to the dance a little late with this one. I was combing the used racks at a local used record store with my buddy Geoff a few years ago when he came across this record in the generic "Punk" section. You should see this punk section. If it has a "crazy" cover or doesn't look like Chicago, Queen or REO Speedwagon, it gets thrown in here.
"Take a look. Apology."
"Who are they?"
"I hate them but they are on Wishingwell."
Hey Now! Uniform Choice, Youth of Today, Insted, Unity and freaking Bl'ast are all on Wishingwell! I grabbed the record from him. Wow these guys are hair farmers. Wait a second, that's Mike Gitter from XXX fanzine singing! I asked Geoff what they sounded like. He responded with one word, "Crap." 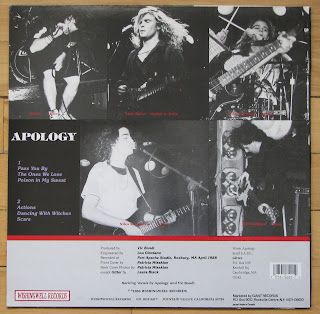 Well, I bought it for $6 anyway. Geoff changes his opinion on music about as often as I change my socks. Dude still rules though.
As far as the music, I think they sound kind of like "Staring Into The Sun" era UC or "Blood Days" era Unity. That kind of makes sense as it all fits for that era, label and people involved. Vic Bondi from Articles of Faith produced it which is cool. (He also had a solo record out on Wishingwell) 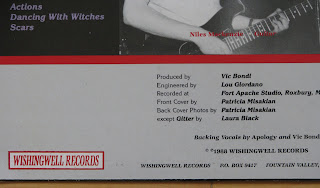 There are a lot of acoustic guitars mixed in with a kind of a TSOL "Change Today" surf vibe as well. More than anything else, I find the songs catchy. Like can't get out of your head for days catchy.
I have no idea how many were pressed and I have never heard of it being on another color other than black. It's all about the music on this one. 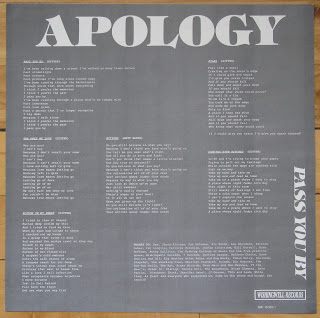 If you get a chance, give it a shot. It isn't expensive or rare. There may be some torrents or file sharing posts and you can find it online if that's your game.
I'm going to listen to Poison In My Sweat. Peace.
Posted by Doug W at 9:54 AM