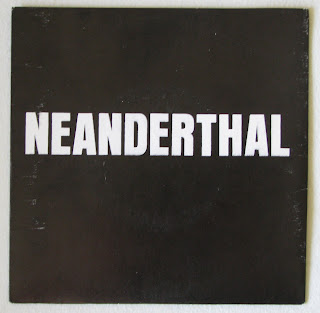 Alongside Infest, Crossed Out and No Comment, Neanderthal define everything I love about power violence. At times, they had the speed of other thrashcore/grindcore bands, but they also had the ultra-slow, sludgy aggression and power in their music that ended up redefining a genre, primarily due to their bass heavy sound.
In just over a year, the band would release a spilt 7" with Rorschach, get bootlegged a couple times and then morph into the almighty Man Is the Bastard and proceed to release about 5000 split 7"s and lps. Ah, the 90's.

"Fighting Music" was released by Slap a Ham Records in 1990. The first press was 1000 on black vinyl with black & white insert. The second press was a ridiculous 300 pressed, 100 of those on purple. I don't have one. Damn.
The entire second press is recognizable by the red print used on the insert. 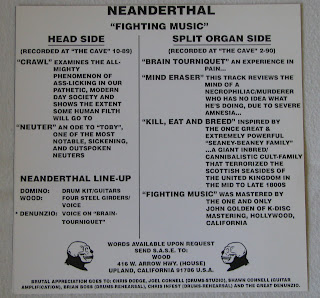 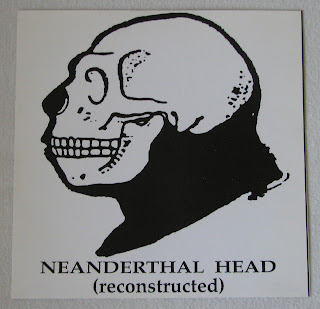