In My Eyes - Nothing To Hide (Record Release) 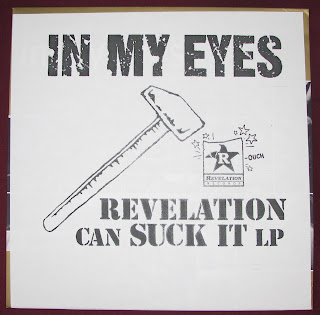 In 1997, after what felt like a lifetime of 90's experimentation, development and "growth", Revelation Records finally started to put out a few records that got back to the formula of what drew people to the label in the first place - fast, aggressive, straight edge hardcore.

Don't get me wrong, I like Texas Is The Reason, Statue, Into Another and Sense Field just fine, but man, those releases just weren't numbers 1-23!
In My Eyes along with bands like Bane, Ten Yard Fight and Floorpunch started a youth crew revival in the late 90's that was long overdue. IME was a band that didn't sound emo, indie or metalcore. Just melodic sXe hardcore. What a concept!
This is In My Eyes second and in my opinon best record, "Nothing to Hide". 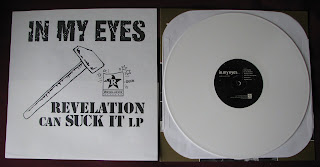 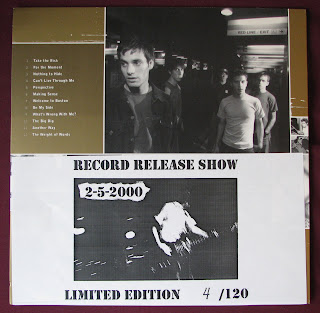 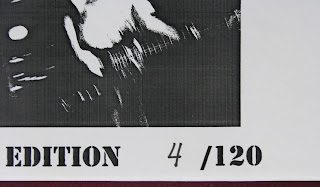 For the record release show, 120 hand numbered covers paying homage to the Judge Chung King album were made. The vinyl used was the white press out of 500.
Posted by Doug W at 10:45 AM