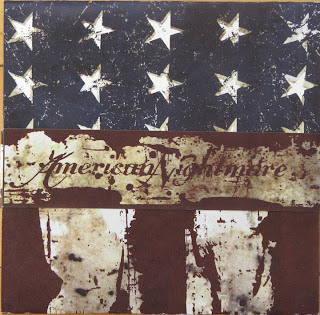 As a record collector,I think this is the record that pretty much spells perfection in music, packaging and aesthetic.
The first American Nightmare 7 inch was completely ground breaking at the time of its release and has stood the test of time not only musically but as the perfect template on how to release a collector record. Oh, and the value of the record has also escalated over the years as well.

AN was a huge band; perhaps the biggest of the 2000's. They changed the sound of hardcore for some time and influenced dozens of bands that came after them. This release was also a big turning point for Bridge Nine, as it was their biggest and most popular release at the time and arguably helped the label become the best hardcore label of the 2000's as well.

Enough of my jawing, we are here for the vinyl. 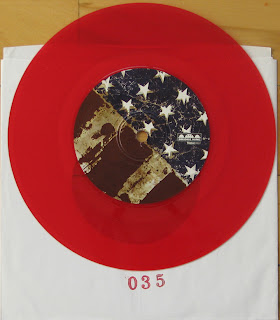 First press white vinyl out of 355.

First press blue vinyl out of 500. 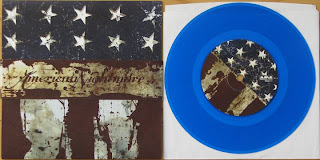 These were the standard first press colors that nicely make up the whole USA red, white and blue flag motif.

There was also a 2000 tour press on clear blue vinyl out of 300. These had special labels made for the press and are hand numbered.

Here is the very rare friends press on clear out of 100. Obviously, it comes with a special cover and message to those who originally received the record. 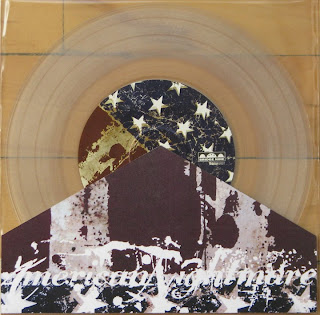 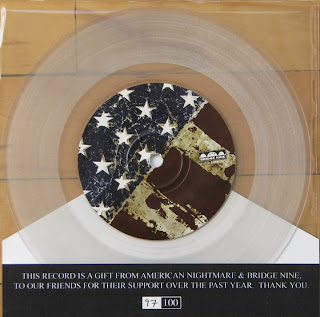 The second press was a special press on grey vinyl for the Back to School Jam. These are hand numbered on the labels out of 250. Special covers were made as well that were also numbered. 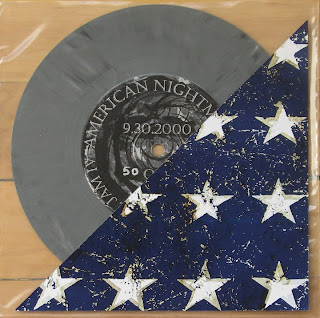 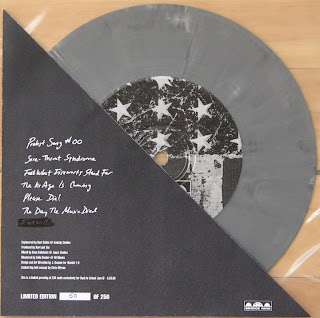 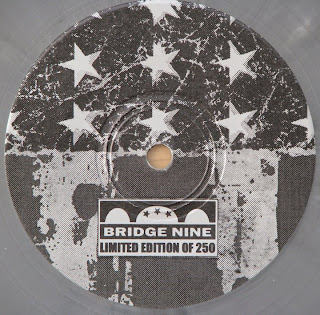 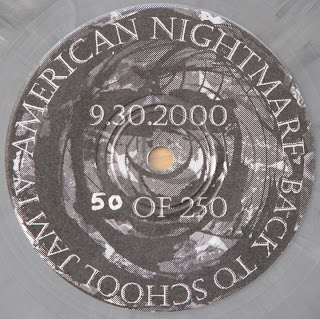 The third press is good old black vinyl out of 900.

The fourth and final press was also on black vinyl out of 600, but with a different cover designed by artist Linas Garsys. 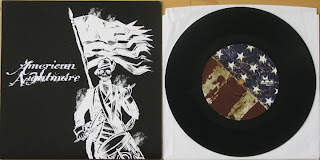 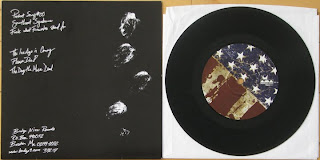 There are a couple versions I don't have, namely the two different Mosh Camp presses. Those use the red vinyl from the first press and total out of 30. You have to draw the line somewhere, and those suckers are just way out of my price range for photocopied yellow and blue paper! Unless of course someone wants to off load them...
Posted by Doug W at 11:41 AM