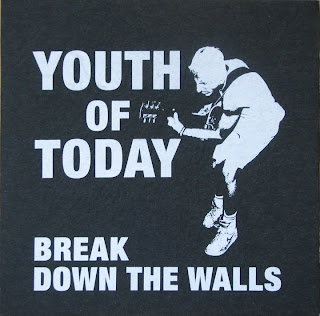 There was a Canadian documentary released about a decade ago called "Vinyl". For the most part it was about lonely, sad, pretty much insane, single men who collected huge quantities of crap records to fill a void in their lives where interactions with people failed. It is the scariest damn movie I have ever seen. I highly recommend it.
There was one particular scene that struck me. Collectors were justifying the size of their collections by stating that they had accumulated so many records only because it was a simple matter of fact that every collector would have the same records.
"Doesn't everyone have 60 Miles Davis albums?"

That is how I feel about Youth of Today record collecting. I have eight different versions of "Break Down the Walls". Now to my wife and non-collecting friends, that is insane. I am one step away from the crazy dudes in "Vinyl".
To hardcore record collectors, they would ask where the other four are.

The latest version I picked up is a rare one. The Posi Fest 2002 edition. 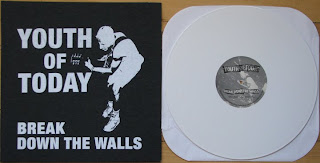 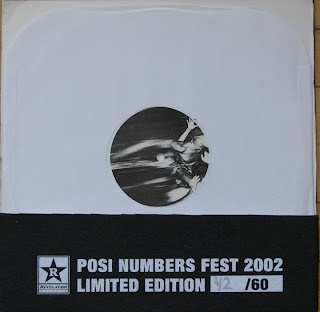 This record was only available at the fest and sold out in roughly 35 seconds. There were only 60 of these silk screen covers made up for it. I think we can safely say it was a big hit. The price of these are pretty nuts these days, as it is considered outside of the red and blue vinyl Wishingwell versions, the rarest Youth of Today record.

The vinyl used is the remixed 1997 version on white vinyl which is the "final" press. According to the Revelation pressing website, there were 440 total of the white press. More likely 500 and 60 were used for this.
See that? I used math.

The record came with the standard 1997 repress insert. Kind of a mess and very hard on the eyes. 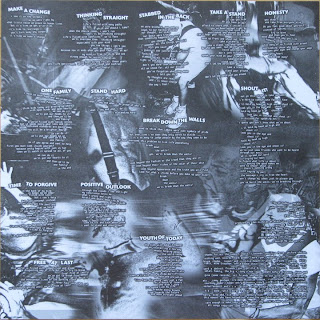 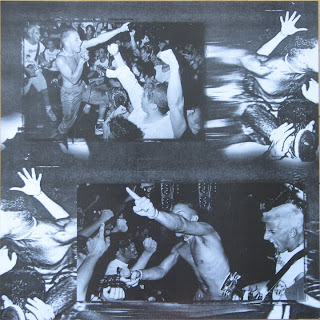 As satisfying as it is to finally have this, I am only more compelled to search out the remaining ones I don't have.
Damn, maybe I am just like the guys in "Vinyl".
Posted by Doug W at 5:57 PM