Unity - You Are One 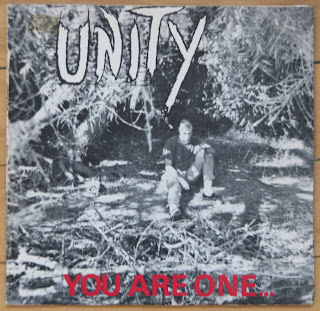 This month I was able to cross another record off my "Don't Even Bother Want List". For years and years, that list remained dormant as it appeared with the upward trend in prices and overall interest, it would be harder and harder to ever win one. Inevitably, I would drift away from those records completely as I grow older and my perspective would inevitably lead to selling over acquiring.
Lucky for me I'm super immature and somewhat selfish, so the list remains.

So, here is one more I was able to check off the want list. Unity You Are One 7" on blue vinyl. Of course I have had the standard black versions both from Wishingwell (2nd press with "color" labels) and the Indecision Records repress for years, but there is nothing like pining over the one version you never think you will ever get. 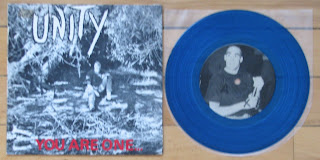 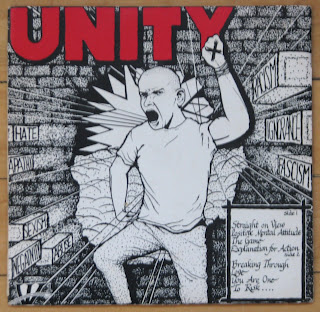 Unity's You Are One 7" doesn't get the adulation or hype like the Uniform Choice Screaming For Change lp does and I totally get that. However for me, it all blends together as the two bands were so intertwined by time, sound and band members. Hell, even both band's later material gets lumped together as 90's alt rock crap (even though Staring Into The Sun and Blood Days were both released within a year of each other in the late 80's).

I think I got really lucky with this one. I had this record as a saved search item where I would get an email from ebay whenever it would show up. One day it did and I started tracking the progress. I just assumed the price would start rising after a few days. The weird thing was it didn't. I got curious and did a regular search for it through the normal category/front page method.  For whatever reason, when I did that, it wouldn't show up. I refined the method a couple times and still nothing.

So I let this sucker play out, set a snipe bid and won it relatively easy. The price wasn't so much an issue as I feel I didn't have to compete with as many people. Plus this record doesn't pop up that often as they are fairly rare.

I don't think anyone knows how many were pressed on blue. I have read on other blogs and lists that there may be as little as 70 pressed. That doesn't make sense, but even if it was 100, that is still pretty damn rare. 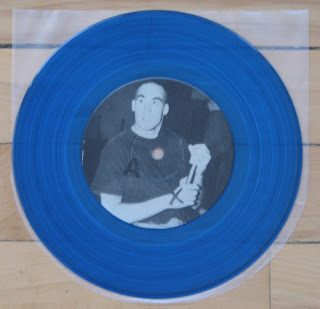 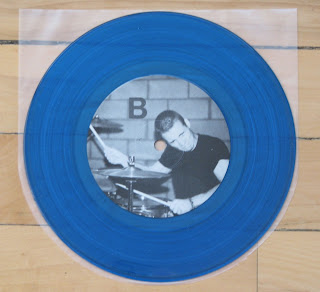 Unlike Marcus's copy he picked up not too long ago, this one only came with the one insert. 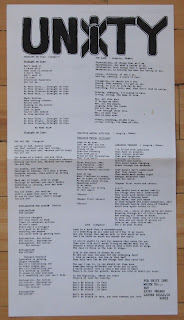 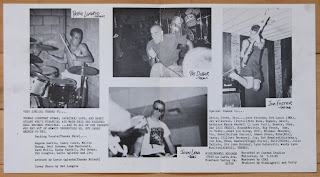 Now with this out of the way, it's time to focus on tougher targets like the Abused Loud and Clear and The Misfits Cough/Cool. No sweat huh?