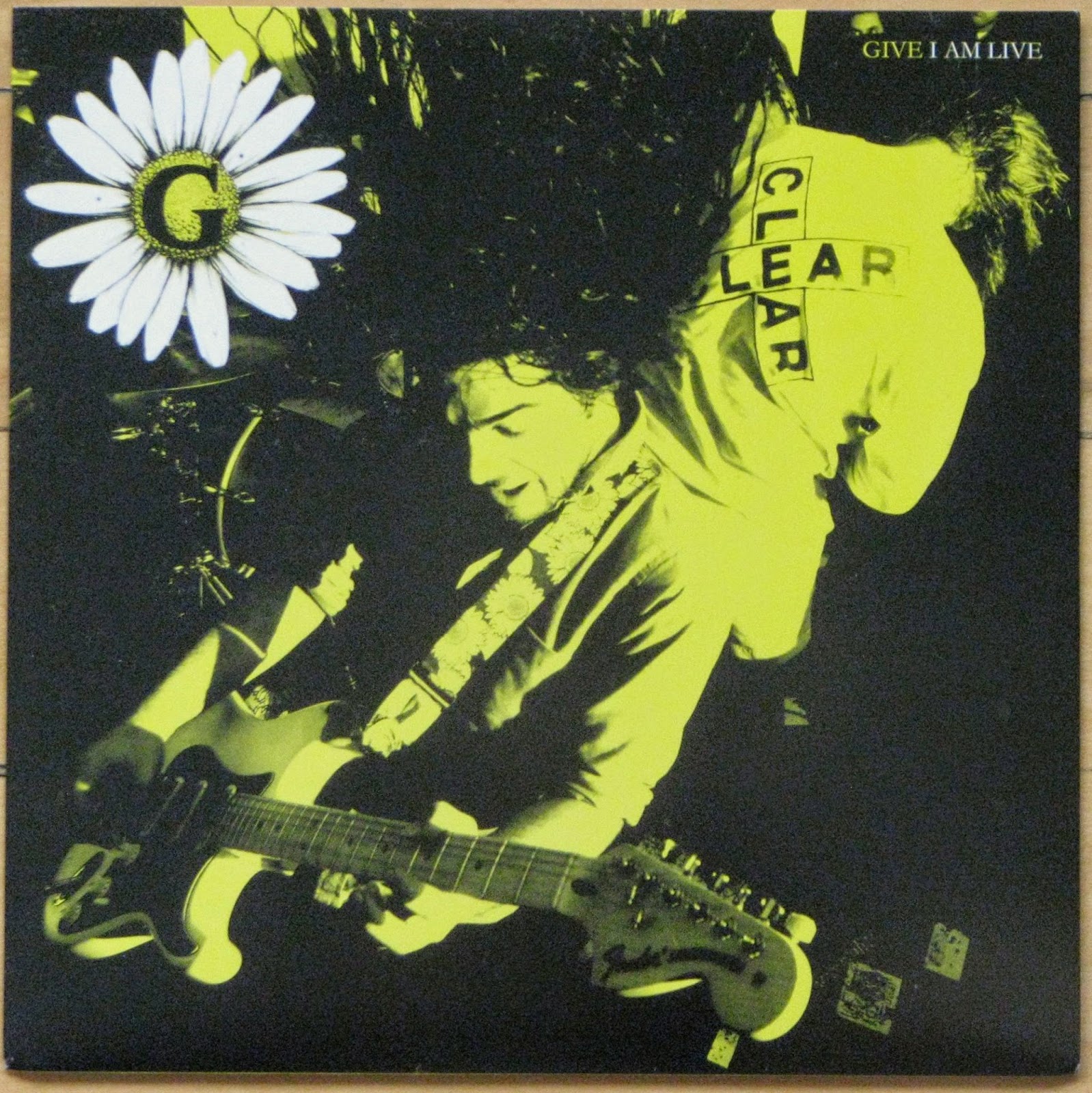 Another day, another Give 7" to collect! This time around is a live record oddly enough entitled "I Am Live" from Photobooth Records. It  contains four songs from a couple different gigs back in 2012, my personal favourite being Voodoo Leather.
While I generally hold the belief that the only good live records are metal and usually begin with the word"Dio", this is not too bad. Well, except for talking about birthday cake and dead dads for 70 seconds to kick things off. Hearing about how someone's father was killed by a backdraft while firefighting kind of made me sad.
I don't even recall how I heard about this coming out or when pre-orders went up, but I got on it pretty early. It must have been some message board. I'm glad as I was able to score one of the limited yellow copies. There were 200 pressed on color and I think they went pretty fast. 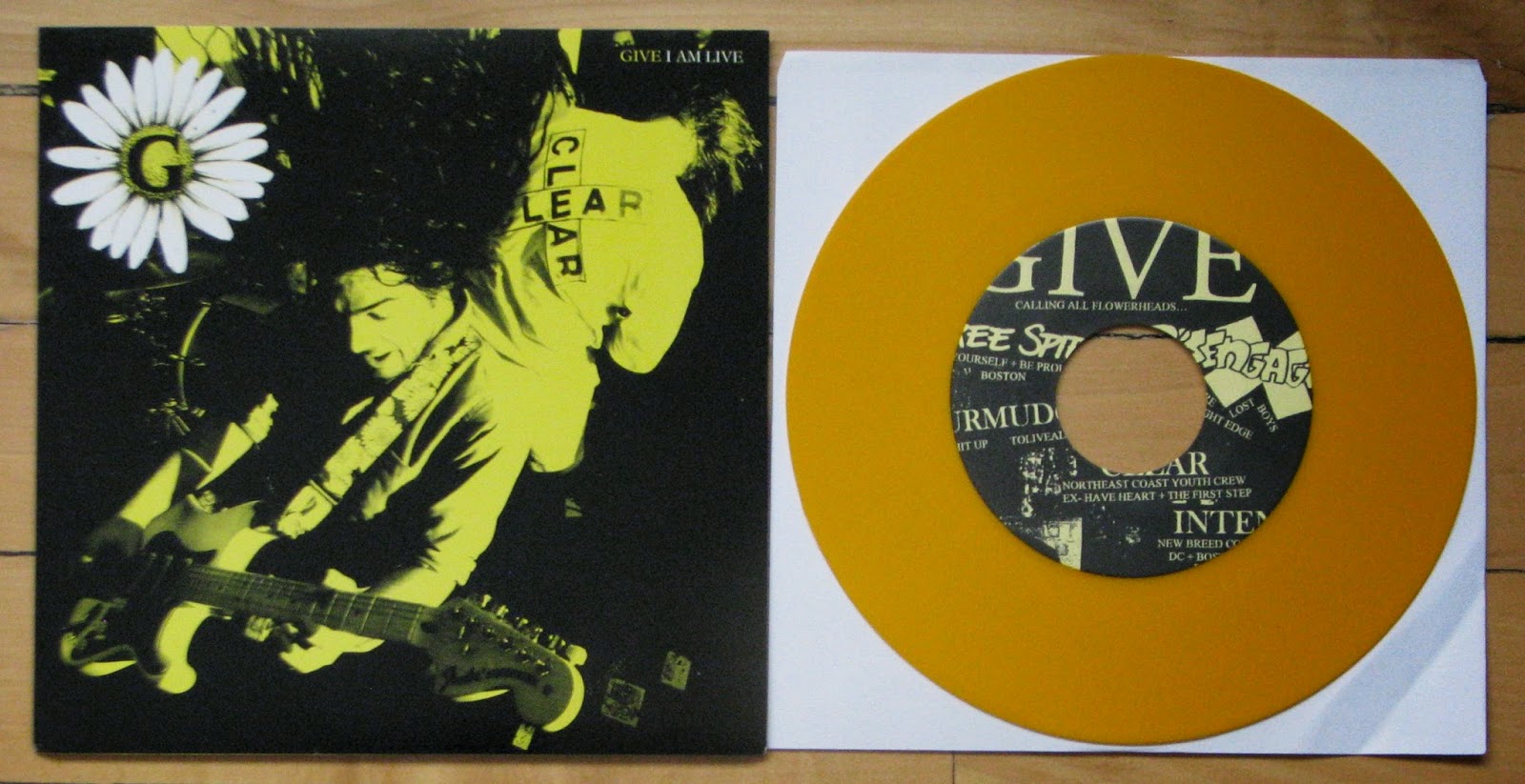 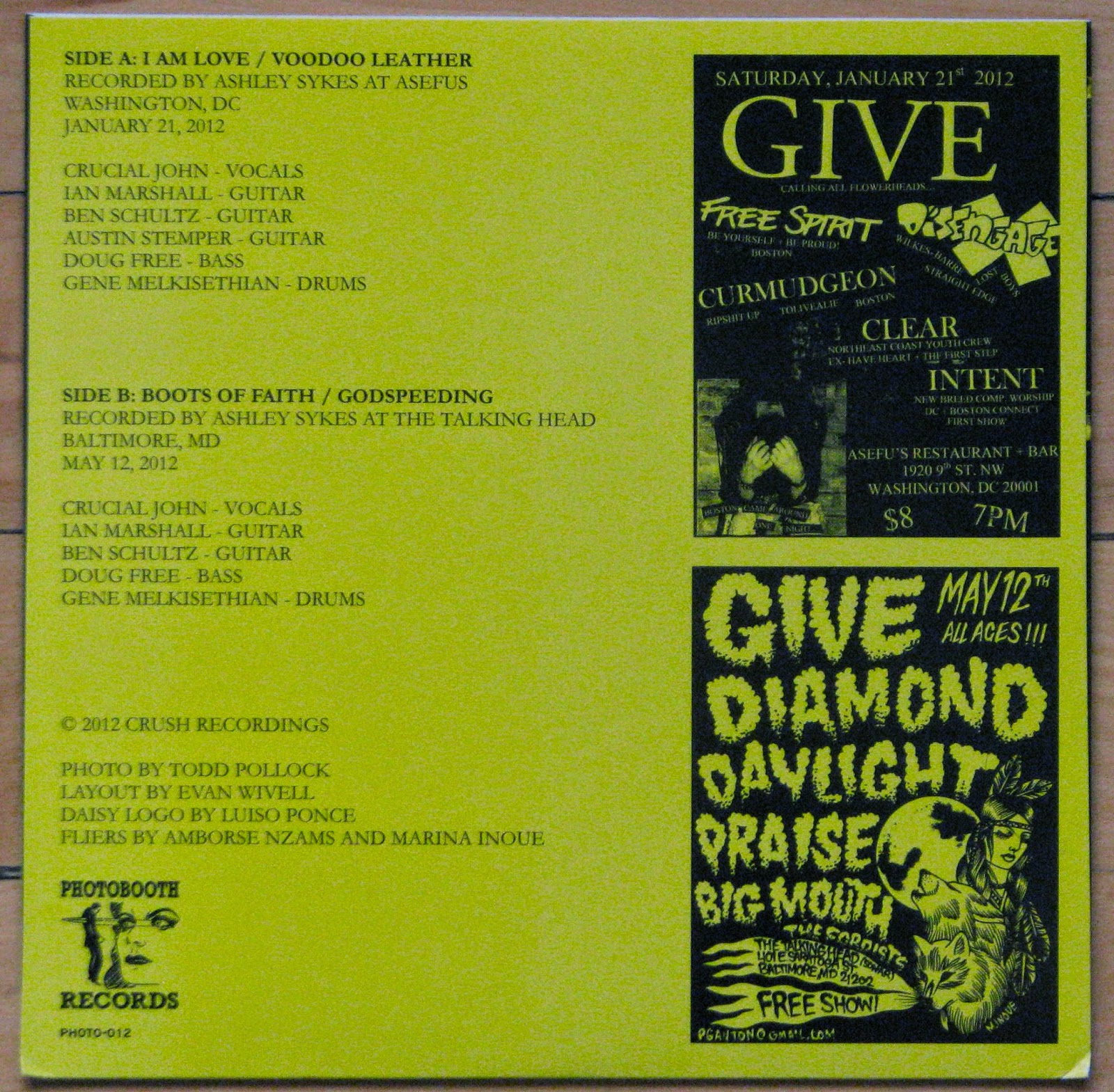 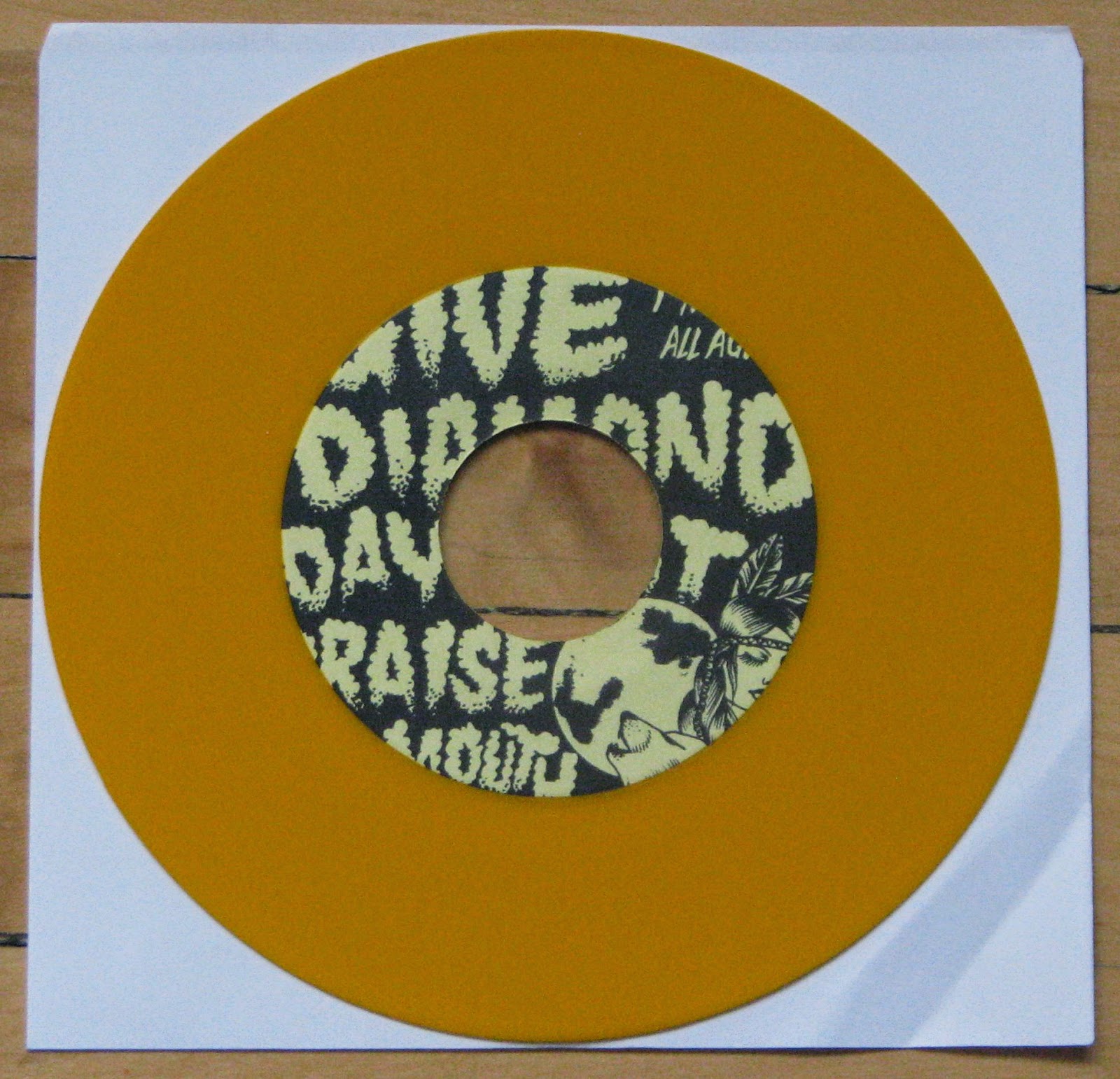 I really like how they use the gig posters as A and B side labels so you know which side is which. Well, you could read the matrix as well, but don't wreck the aesthetic man!

A second color on black vinyl was also pressed. I have no idea how many were pressed, but it must be a quite a few as they are still available from the Photobooth Big Cartel webstore. 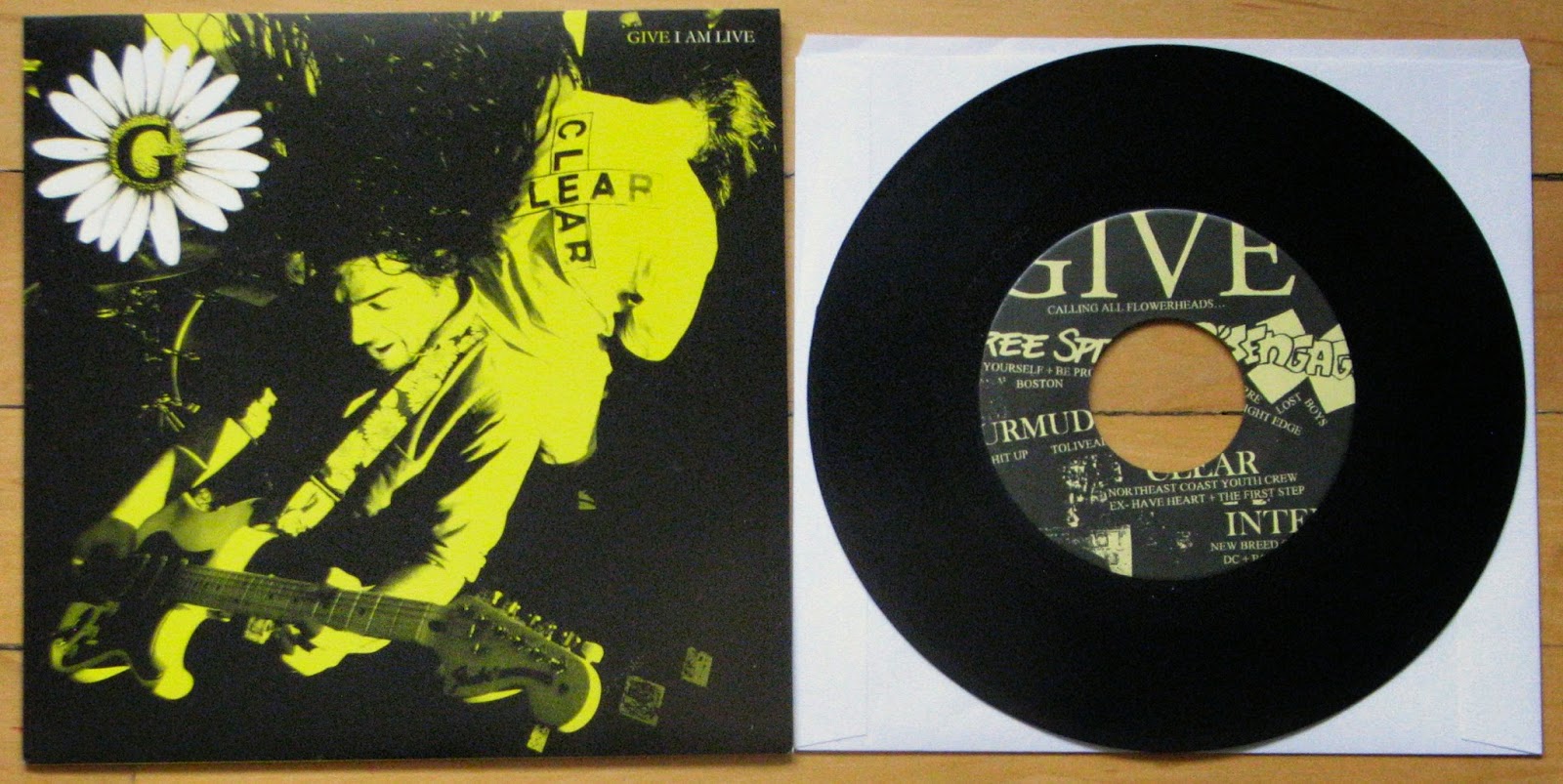 This is kind of cool. In the color copy, this insert advertising the Flower Head "fan club" was included. All you need is to send them a postcard or letter with your shirt size and I assume they send you stuff. That is just an assumption though. Cool none the less. 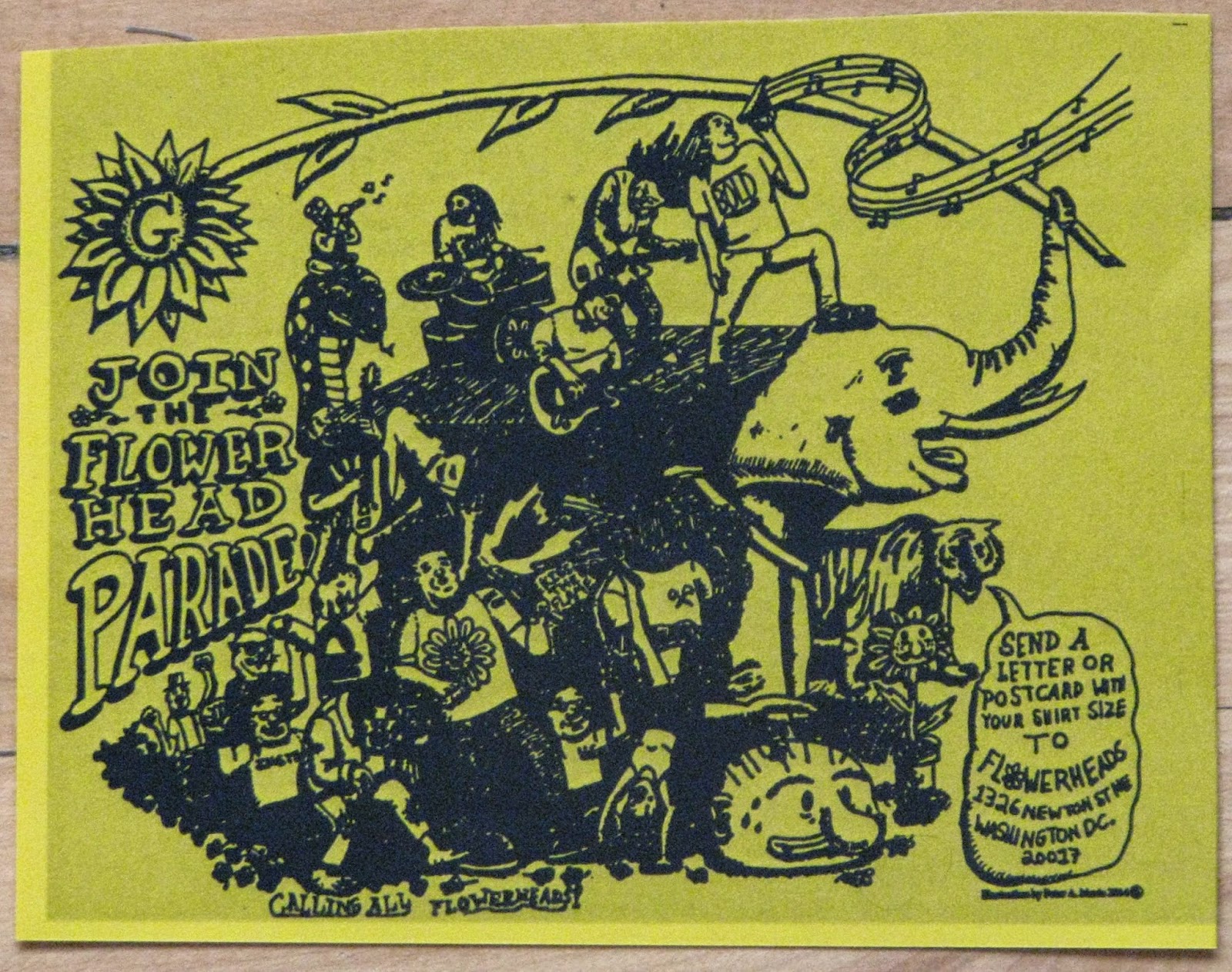 In the end I'm a slave to collecting Give 7"s so this was a no brainer. Just remember it is a live off the floor recording so I don't think you will be using this record to show off your new stereo system. That said, the overall vibe and energy from their live show comes through, making it a cool record to own.
Posted by Doug W at 10:51 AM 1 comment: