Striving Higher - This Is Hardcore 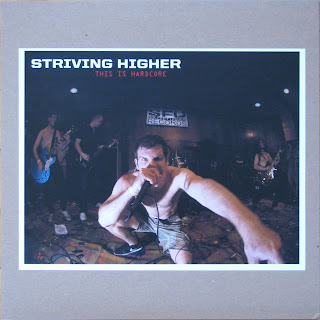 Oh, hello. Long time no see.
I have to be honest, I forgot for a few weeks there that this blog even exists. I have been pushing out 20-30 posts a month on Vinyl Noize and that seems to be eating up most of my computer time. I guess it's just easier to talk about other people's records.
On the positive side, I actually have a few records that should be coming in that may be worth posting about. Fingers crossed, there may be some actual content in the future.

So a few weeks back, (or was it a few months? Who knows?) an update was sent out from Six Feet Under Records that leftover copies of the This Is Hardcore 2012 press of the Striving Higher comp were put up in the webstore. I was looking at buying the Wolf Whistle MA Glory 7" so I figured it would be cool to grab this as well.
For being quite sparse, I quite like this layout. A glued on photo taken from the back page of the insert booklet on untreated cardboard. It's different enough from the original to stand out.
Plus I never had the black vinyl of this comp either, so win/win! 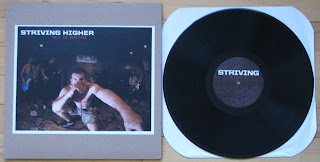 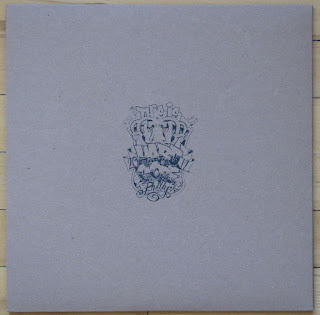 Here is a close up of the back cover design. If it is a stamp, damn, it sure turned out great. No smearing at all. 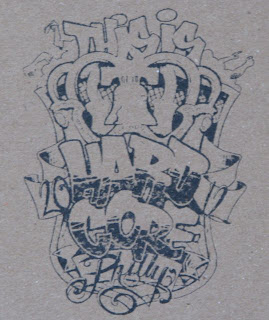 I like that the threw in the Blacklisted flexi like they did with the regular versions that came out earlier. It would have been very easy to just leave it out as this was a fest press. On the other hand, I will never play this. Flexi's can fuck up your stylus needle pretty bad. 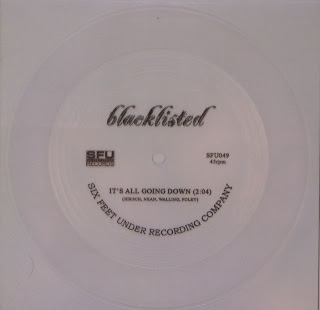 The same full size booklet as the original press was thrown in as well. These are such a great touch. I have loved huge inserts ever since the Peace/War comp. 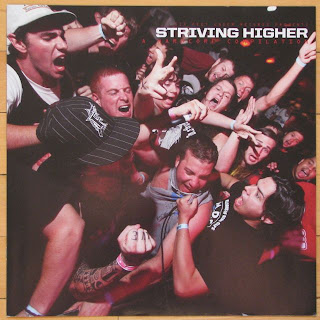 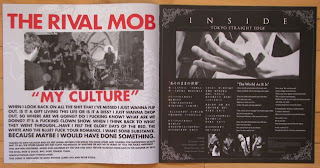 I was pleasantly surprised and happy to get this SFU poster thrown in. I can't recall if it was included in the regular Striving Higher comp, but I dig it. Obviously it is a "tribute" or homage to the Revelation Records posters of their current discography at the time. I threw up a picture of the Rev one I have for comparison. 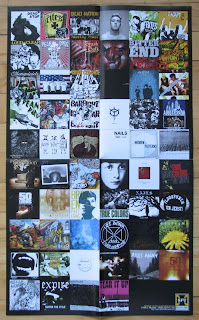 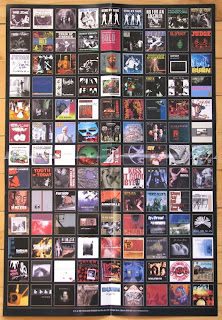 The last I checked, there were still copies of this available. Check it out. Well worth the $15 in my opinion.
Posted by Doug W at 10:53 AM No comments:

In my feeble attempt to keep up with the kids and new (new-ish?) bands I decided to jump at the Wolf Whistle - MA Glory 7" when it was released. Except I didn't. For whatever reason, I thought it would be a good idea to go for the more "exotic" versions of the record instead of the ones Six Feet Under Records had up for preorder. Now I am playing catch up again. Great.

I guess most people are down with Wolf Whistle by this point. They may not be breaking new ground, but what they do is tight. Fast, raging hardcore venturing on power violence. There are worse things in the world than sounding like Infest. I love Infest.
People were initially attracted to the band because of who was singing. I guess that's kind of unavoidable not to name drop the biggest band of the 2000's. So anyways, Pat Flynn sounds like Pat Flynn, but this definitely doesn't sound like Have Heart.
The band released a couple raw demos a few years back. The first one is near impossible to find on vinyl, but the second one on Triple B Records was pretty easy to track down. I only have the second press of that one, so hand me a late pass. Again. At least I'm doing a little better with MA Glory.

First up is the Sound & Fury 2012 sleeve version. I guess these didn't sell out at the festival, so Six Feet Under made the leftovers available through their webstore. At first glance they don't look too different from the regular cover except for the black border and the color contrast with the regular cover. Not too sure how many of these were made up. 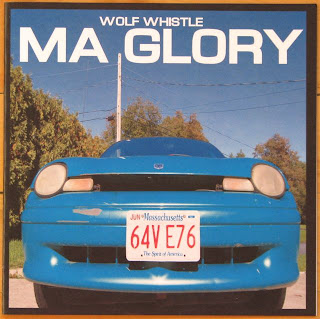 It looks like they used the common solid blue vinyl from the regular first press. 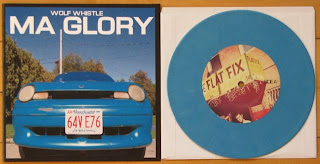 Of course once I got this version, I wanted the others so I made a SFU order and picked up the common solid blue. Somehow I missed the clear blue version out of 250 that is still available. Doh! The most rare version, black vinyl is long gone. The way ebay is these days, maybe I can find one for about $160. 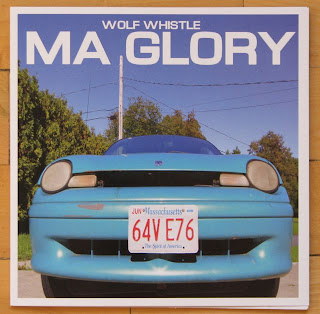 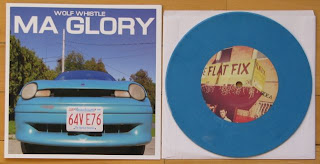 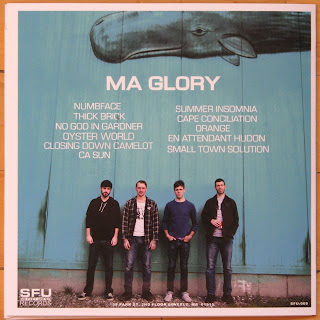 A big difference with the regular sleeve compared to the S&F version is that it is printed on the inside with lyrics and credits. Download code comes with it as well. Good stuff. One day I was checking out the Vinyl Collective board and saw a post that MA Glory would be released on cassette from Working Man Records. If I'm not mistaken, Working Man is a label run by the bass player in the band. Regardless, I jumped at the chance of scoring one. There were very limited numbers made and this green one was limited to 50 copies. 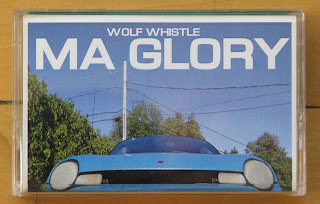 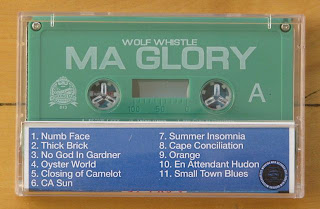 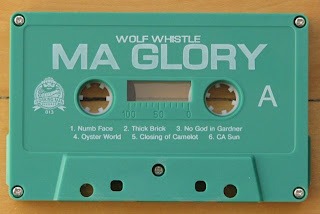 There were different color cassette tapes made as well. A red one limited to 20, which was a label exclusive; a clear with blue stripe out of 30 which was a band exclusive, and these green ones. All 100 of the tapes sold out quickly, but there is a "second press" up now on white out of 50. Act fast and all that.
Damn, I love cassettes.
Posted by Doug W at 8:41 PM 1 comment: