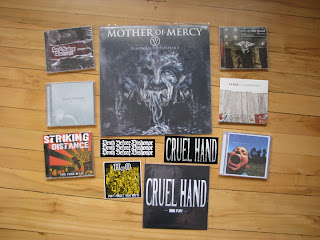 I told myself this year I wasn't going to do it. I had no intention of spending my money on the unknown to potentially score a rare record I most likely already have.
I held out a whole three weeks.

Bridge Nine's annual mystery box is a polarizing event which ends up looking a lot like a lottery. There is a lot of excitement and speculation on what will be thrown in to anyone's box, plus an added random element that no two boxes will be the exact same. Oh and don't forget the carrot B9 dangles with the prospect of scoring a really rare record from the B9 vault.
In the end however, most people end up getting stickers, promo posters and a shit load of cds. Hey I get it. This is a great way to clear out old stock and at least recoup some money for stuff sitting on the shelves. Charge $15 a box and let people think they may possibly score an original American Nightmare 7".

Something happened with last year's event which made me rethink my cynical ways. B9 pressed three limited records to throw in each of the three "fans of" category boxes. The records were limited to 500 a piece and ended up being quite awesome as there were two live from Sound and Fury records from Have Heart and Verse and then also a Polar Bear Club 7" for the more indie crowd.

This year I decided to wait to see what the special 7"s would be before buying. If they were from bands I didn't particularly like, I wouldn't buy. Word started trickling in from the message boards as people received their stuff that one of the three 7"s was from Cruel Hand. I like Cruel Hand so I went for it.

Mystery Box #2 contained the Cruel Hand Live at Sound & Fury 2011 7". For this record alone I was happy with buying a mystery box. Cruel Hand rule. 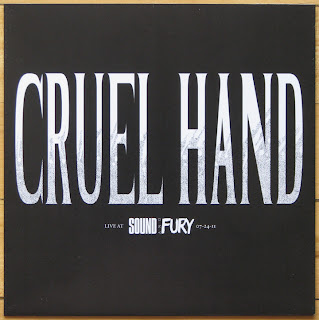 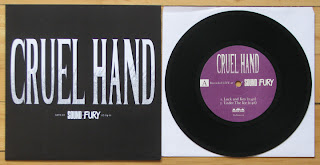 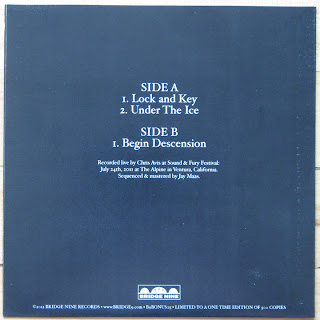 As for the rest of the box, I didn't get any rarities this year, but I did get a copy of the latest Mother Of Mercy lp, "Symptoms of Existence". That is very cool as it is one of the only records on Bridge Nine that I don't already own. I also got three cds I asked for and three more thrown in as well. A few stickers and a small Ceremony poster I couldn't fit in the picture rounded it out.